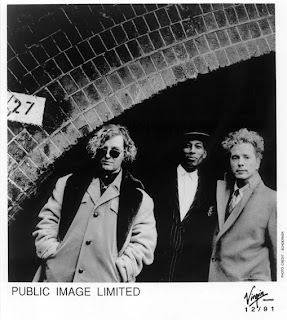 This is from the tour promoting the band's last album to date, 1992's That What Is Not.

John Lydon disbanded the group a year later after Virgin records refused to pay for the tour supporting the album and Lydon had to pay for it out of his own pocket. As far as I know John Lydon still considers the band to be on hiatus.
This boot often goes under the name 'Rotten To The Core' whatever the name, this is one stonking performance.

Performing in Finland at the Provinnssi Rock Festival on the 6th June 1992, - this is a full stereo soundboard recording (@192kbs).
The gig consists of:

One day John Lydon and his PIL colleagues will receive the recognition they deserve - one day.

For some PIL musical choice click HERE. If you are really clever you might guess another artists boot that's in the Candy pipeline...
Public Image Limited

FredCore said…
I'd love to hear this, but the link's dead. Could you re-up this? Thanks!!!

Beehive Candy said…
COPY AND PASTE THIS LINK TO YOUR WEB BROWSER: