A Trip With The Beatles - Part Three 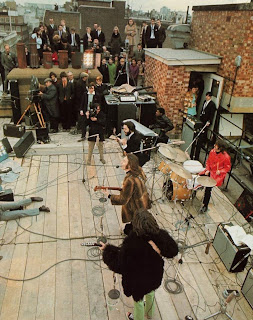 The 'Get Back' or ' Twickenham sessions', took place in 1969. Paul McCartney, wanted to get The Beatles playing together again as opposed to just recording. It was an opportunity to help the band gel together again, have some fun, and maybe lead to some new live performances. It was also a chance for band members to share new material, some of which would surface later on solo albums. In the end the now legendary roof top performance, was all that was to happen, as public performance's go. The actual sessions were filmed, and each film reel was accompanied by a mono soundtrack. The soundtrack has surfaced in different forms down the years. Recently I acquired the full soundtrack set, from a generation of copies quite close to the originals (so the sound quality is very good). These copies are not broken down into individual songs, rather they are inclusive of what was included on the film reel in use. I will when time permits try and edit these down to son
3 comments
Read more
More posts