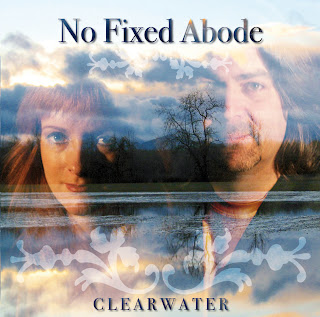 You may have noticed, January 2008 has arrived.

Well although it can be a lean month for new music, I have two bands that I reckon can be pretty big this year, mind you - the competition will be tough.

Just look at some of the established acts with new albums lined up, and these are just the ones I am looking forward to right now!

Musically that's quite a taster for the year to come.

However if you want a recommendation right now, then if you have not yet enjoyed No Fixed Abode, can I be the first to share this superb band with you.

Their roots may be in folk (predominately modern), however as I listen I hear so many inspirations (The Waterboys, Bruce Springsteen, Fairport Convention and a host of others) that said, this really is a refreshing current sound, and I love it!

Check out these two songs, and if you are attracted by them, the album builds superbly on these.

On a personal note, this really is a band I would urge you to tell your friends about.

You can buy their album HERE along with a chance to read independent reviews, or sample the whole album first.

Also the No Fixed Abode My Space site is HERE.

Next we are off to Brooklyn, New York, for a band that yes are already featured on other blogs - MGMT.

They are, I understand on the David Letterman show in the USA today, and touring in the USA right now.

It's a simple case of 'I like their music'. OK I am old enough to be their collective father, but they have an energy that translates into great music. The proof is in the eating so enjoy these tracks from their wonderfully titled 2007 Oracular Spectacular album:

You can find out more HERE at their My Space site, along with link details for purchasing their music.

Finally I am going back to a time, when not only was I not old enough to be anyones father, I was in some cases not even born.

I tend to avoid main stream compilation albums, as they often include the same old boring songs, that have made much of todays radio, so predictable and boring.

However despite the clearly defined marketing for December purchasers, and a few of the usual suspects, Dreamboats and Petticoats, is a wonderful trip back to a time when a very young me, wondered what all the fuss was about ( and then along came Radio Caroline).

A few examples from this compilation to help explain:

Helen Shapiro - It Might as Well Rain Until September.mp3

Connie Frances - Lipstick On Your Collar.mp3

Find out more from this really diverse but rather aged double album along with purchase options HERE.

OK so I started off talking about the year to come and new artists, and somehow I have dragged you back to the late 1950's and early 1960's!

Lets hope that musically the year 2008 delivers, it does not look so bright on the other horizons does it?

Finally the random 'Whats Up Doc' mp3, and why not?

Anonymous said…
thank you for No Fixed Abode they sound great, I would add Sandy Denny to the list of sound likes