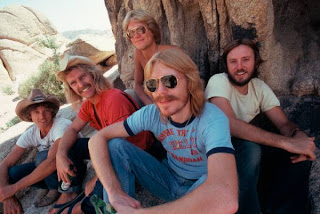 By the time of this concert in 1975, they were in the process of releasing their first 'greatest hits' album.

With five albums released by 1975 (the first two went platinum, the following three gold), the band who formed in London (UK), had achieved popularity and commercial success both sides of the Atlantic.

The band continue to tour and record, this concert however is from their first era of success.

Performing at the Boston Music Hall, Boston, MA, USA on the 4th May 1975 this is a full concert from America.

The recording is very good quality stereo, however I am not sure of the source, the audience are clearly having a great time!

You can visit America's MySpace HERE, and their official website HERE.

Anonymous said…
Oh yeah this definitely looks very interesting. Not so many live recordings from America are available in good quality... Except for the official live albums that are so cruelly short.