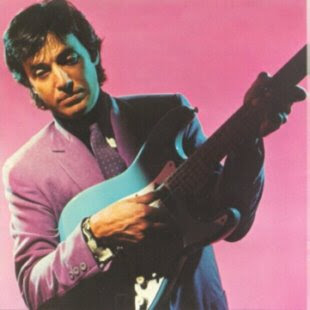 This is Ry Cooder performing live at the Record Plant, Sausalito, California, USA, on the 7th July 1974.

This recording is from KSAN's broadcast series, and is also available in the excellent Wolfgangs Vault.

Ry is known for his slide guitar work, his interest in the American roots music, and, more recently, for his collaborations with traditional musicians from many countries. Ry Cooder was ranked number 8 on Rolling Stone's "The 100 Greatest Guitarists of All Time."

Ry remains one of the very few studio icons who has gained the reputation as a "musician's musician."

Comments: This is how Wolfgangs Vault describes the setting and the performance.

Ry Cooder was promoting his third solo album, Paradise & Lunch, which most critics still regard as his best LP to date.

Personable, humorous, and unquestionably talented, this intimate performance by Cooder is a long lost gem in his long and well-celebrated career. He performs a wide spectrum of material that includes covers and originals from his then-current and previous Warner Brother's albums.

Whether it's a Depression-era styled blues classic, such as "Police Dog Blues," or Little Miton's "If The Walls Could Talk," Cooder is a master at the craft of blending smooth vocals and tasteful guitar licks around a compelling storyline song.

If you don't love the characters he sings about, you are bound to love his true musicianship, which has graced hundreds of recordings by the likes of James Taylor and The Rolling Stones.

I listened to this again yesterday, it may seem along way from more recent material and yet it is easy to imagine Ry doing a set like this anytime.