Aerosmith - The End Of The Summer Nights 1988 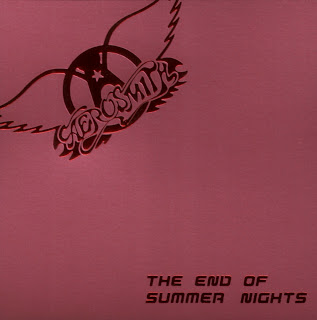 This is Aerosmith on the final night of their US 1988 tour. The gig took place at the Pacific Amphitheater, Costa Mesa, CA, USA back on the 15th September 1988.

The album 'Permanent Vacation' was released in September 1987, becoming a major hit and the band's bestselling album in over a decade (selling 5 million copies in the U.S.), with all three of its singles 'Dude (Looks Like a Lady)', 'Rag Doll', and 'Angel' reaching the Top 20 of the Billboard Hot 100.

The group went on a subsequent tour with label mates Guns N' Roses who have cited Aerosmith as a major influence. The tour was reportedly 'intense at times' because of Aerosmith's new struggle to stay clean, amidst Guns and Roses well publicized rampant drug use.

Circulated as a double 'silver disc' CD, this was the final night of the tour and Axl Rose & Slash guesting on the final number. This version was rather fittingly entitled 'The End Of Summer Nights'.

Anonymous said…
Thanks for sharing this Mike. Martin from Canada.
2 December 2009 at 03:56