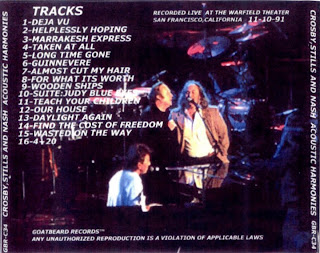 Crosby, Stills and Nash are yet another group (with and/or without Neil Young) that have been the subject of many live bootleg recordings. This recording has circulated as 'Acoustic Harmonies' or 'The Acoustic Concert' and a thirteen track version was circulated as 'Remember The Good Days'. All were recorded from a performance at The Warfield Theatre, San Francisco back on the 10th November 1991. The concert was broadcast a year later (6th November 1982) on TV in the USA. Some versions are audio rips from the TV broadcast, some are soundboard (I hope you are keeping up with this, a small exam follows). From the early 1980's well into the 1990's Crosby, Stills and Nash were hardly on peak form, for all manner of well documented reasons. However a well-conceived box set arrived in 1991, four  discs  of expected group highlights amidst unexpected better tracks from various solo projects. Owing to 'certain difficulties', a reasonable amount of
3 comments
Read more 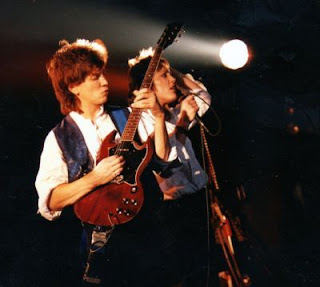 Katrina and The Waves are understandably considered a one hit wonder band for many, largely as a result of the success and longevity of 'Walking On Sunshine' . That's hardly that surprising, as according to a survey by the UK's Performing Rights Society, the song was the second most played summer song on radio in 2008. In Europe they also remain well known because they surprisingly (if briefly) surged back into the limelight by winning the 1997 Eurovision Song Contest for the United Kingdom, with the song 'Love Shine a Light' . This is the band around the time of their original period of success performing for the King Biscuit Flower Hour, at the 9:30 Club, in Washington, DC, USA on the 16th May 1985. Source: Pre FM recording. Sound Quality: Very good stereo mp3 @192kbps. Genre: Pop, 80's Rock. Set: Full KBFH set. Set List: 1. Intro 2. Jealous Browned Eyed Son 3. Lovely Lindsay 4. Que Te Quiero 5. Do You Want Crying 6. The Game O
10 comments
Read more 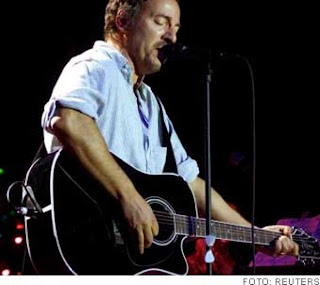 It's not surprising there are so many live bootlegs of Bruce Springsteen to be found, the guys been a prolific tourer across four decades now, so it's nice to come across one that's a little bit different. This is the second half of a benefit concert for the Rumson Country Day School (RCDS) that Bruce Springsteen had performed at every year between 2002 and 2006 (during April-May). On this occasion he is playing alongside past and present members of The Asbury Dukes , and is joined on several numbers by Southside Johnny . This is from the 2005 benefit, and in someways sounds like you have gate crashed someones private party, the interaction with the audience is intimate and spontaneous, the music superb. Performing on the 10th April 2005, at The Stone Pony, New Jersey, this is Bruce Springsteen and friends. Source: Soundboard recording. Sound Quality: Very good stereo mp3 @224kbps. Genre: Rock, Folk, Blues Rock , Heartland rock. Set: Second part of con
1 comment
Read more 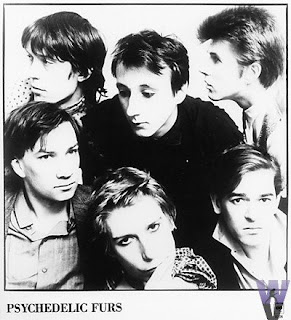 The Psychedelic Furs have been a favorite band of mine since first hearing 'Sister Europe' back in 1980, a song that seems as fresh and original today, as it did getting on for thirty years ago. The band came together in England's developing punk scene in 1977, where they were initially called 'RKO' then 'Radio'. They then alternated between calling themselves 'The Europeans' and 'The Psychedelic Furs', playing gigs under both names before permanently settling on the latter. The band initially consisted of Richard Butler (vocals), Tim Butler (bass guitar), Duncan Kilburn (saxophone), Paul Wilson (drums) and Roger Morris (guitars). By 1979, this line up had expanded to a sextet with Vince Ely replacing Wilson on drums and John Ashton being added on guitar. By 1981 the band had found reasonable success in the USA, and were picked up by mainstream radio stations. This is the band live in Providence, Rhode Island, USA, (Main Event),
3 comments
Read more
More posts