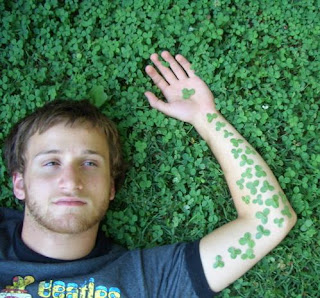 I was not sure quite what to make of Peasant (Damien DeRose) when I was first sent a song of his last year, for whatever reason something was missing for me, and however much this site is about supporting new artists and music, liking what you hear has to be a key part of any endorsement.

OK so you have guessed what happened next, but I will state it anyway, was I surprised and delighted when I received a copy of his forthcoming album!

His record companies promo actually states "While the last album gave many people their first taste of Peasant, in the eyes of the moniker’s human form, Damien DeRose, this was a mere appetizer to what would soon come to fruition". So that's what happened, it turns out I was not to keen on the appetizer, but I have to say the second course 'Shady Retreat' is absolutely delightful.

Shady Retreat is available via Paper Garden Records on March 2nd, 2010 in North America and April 5th in Europe.

Other reviews that I can only agree with, put the case for giving Peasant a good long listen...

“What becomes so beautifully clear in listening to DeRose sing – in that clear mountain stream, weepy-voiced way of his – is that none of his characters and none of us are ever rid of any of the people that we’ve shared the dark or a kiss with.”-Daytrotter

“Though his music is unassuming and acoustic, when armed with a guitar, DeRose makes music that beckons and calls out, as if demanding to be heard. DeRose also has a secret weapon: a voice that seems to expose his very soul.” – NPR Second Stage 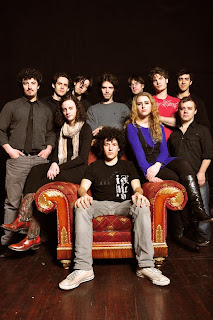 OK the second offering this time round is for a band previously mentioned on Beehive Candy Emanuel and The Fear who, with less than a year under their belt since the initial self-titled EP release, Emanuel and the Fear have been building their profile and reputation rapidly, indeed some times the hype is worthy and in their case I tend to agree.

Now armed with a brand new 18-song album, Emanuel and the Fear are raising the bar yet again with 'Listen'. To be released in North America on March 9th and in Europe on March 22nd with Spring and Summer tour plans both domestic and abroad, not to mention playing two of NYC’s best venues (Music Hall of Williamsburg and Gramercy Theatre) in February and March, Emanuel and the Fear will be bringing their music and full live experience to listeners across the globe, so keep any eye out for them! Emanuel and the Fear has sequestered themselves for the better part of 2009 to record and build into its first full length master-piece titled 'Listen' at Ishlab Music Studios (Jet, Kudu, Dead Perez). The album was mixed by Patrick Dillett (David Byrne, They Might Be Giants, Mary J Blige) and Mastered by Doug Van Sloun at Focus Mastering (Bright Eyes, Cursive, The Faint, Tokyo Police Club). 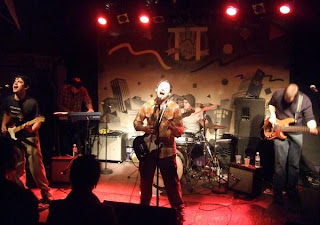 The Hush Now have managed to gain a lot of attention in recent months and not surprising with reviews like this:

“...a little Stone Roses, a dash of Guided By Voices, a smidgen of Flaming Lips and a dose of Yo La Tengo; This is superior indie pop from a band well worth keeping a very close eye and ear on.” – UK Music Review

Oh and while we are all name dropping you can add in "a unique, ivy league, indie-pop-rock sound reminiscent of early Weezer and Wilco with the muscle of shoegaze’ s glory days mixed in".

Well OK lets give the guys a break as they have also achieved coverage from outlets such as the UK Telegraph, Magnet, The Devil Wears Tuna, Boston Phoenix, Green Shoelace, and My Crazy Music Blog, among countless others. What does Beehive Candy think? Yep we have happily jumped on the hype band wagon, and think you should check these guys out pretty sharpish.

The first single from their forthcoming album 'Constellations', 'Hoping and Waiting', has been circulating the web since it’s release in December 2009, and now it’s time for the second single 'Contrails'

I understand that Constellations will be offered to the public as a free digital download upon it’s release on the 16th February 2010 (The Hush Now's debut is also available for free download at their official Myspace page). 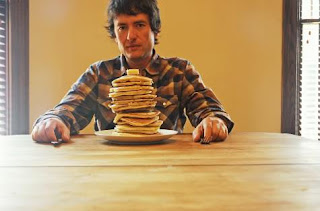 Paul Burch like most musicians is looking for angle to encourage the sale of his recordings, and any musician who has a photo of himself alongside Laura Cantrell and the late John Peel on his website is more or less guaranteed to gain the interest of Beehive Candy.

On March 1st (2010) Paul Burch & WPA Ballclub will begin the streaming and sale of an A side and B side single every month throughout the rest of the year.

For a one-time fee of only $5 fans can join the Paul Burch Record Club which will allow them to subscribe to the entire year-long series.

Checkout his website that is currently streaming some of his music HERE, and finally for those not familiar with Paul here is some background information (and I quote):

Paul Burch, a writer of unmistakably modern but instantly classic American songs, arrived in Nashville in the early 90's and helped spark the honky tonk revival in downtown Nashville with marathon performances at legendary Tootsie’s Orchid Lounge. Paul's 7th album Still Your Man was released to critical claim in 2009 and features his group the WPA Ballclub along with Tim O'Brien and Kelly Hogan. Paul Burch's ear for producing and arranging has made him a natural collaborator to performers from every kind of genre including Dr. Ralph Stanley, Vic Chesnutt, Mark Knopfler, Lambchop, the Mekons, Beverly Knight, and the Grammy nominated comeback by legend Charlie Louvin. Burch also served as music consultant to the PBS documentary “The Appalachians" and wrote a soundtrack to Tony Earley's debut novel and NY Times bestseller "Jim the Boy".
2010FM (Music and More)