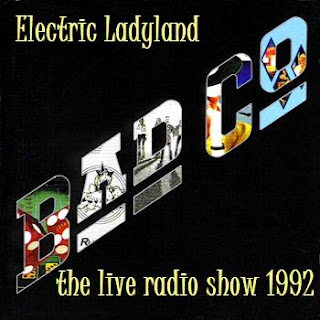 In 1986 Mick Ralphs and Simon Kirke decided to re team for a new project. Their label, Atlantic Records , however, insisted they resume the Bad Company name. But Paul Rodgers was already engaged with a new super group called The Firm.

Over a six -year span from 1986 to 1992, this version of the band released four albums including Fame and Fortune, Dangerous Age, the platinum selling Holy Water and Here Comes Trouble.

The final studio album of the Brian Howe era, 1992's Here Comes Trouble, featured the Top 40 hit 'How About That', and 'This Could Be The One' (number 87). The album went Gold but the formula was growing stale. Before touring in support of Here Comes Trouble, the band added ex-Foreigner, Roxy Music and Small Faces bassist Rick Wills and Dave Colwell, a protégé of Ralphs, was now a full-time member.

This recording is from a performance at the Electric Ladyland studios in 1992 with a small audience, enjoying a show that was undertaken for FM broadcast and promotional purposes.

The actual date of this show seems to have been lost over time however the middle of December 1992 seems quite likely. This recording has had band promos and any other material edited out and leaves just the actual live performance from Bad Company.

Having seen Bad Company perform one of their first ever gigs in Guildford, England back in 1973 or early 1974 (OK the memory ain't perfect), this recording sounds very different, from what was a blues driven band that still drew parallels with Free. Paul Rodgers, Mick Ralphs and Simon Kirke performed together again during the summer of 2009, playing ten shows throughout the United States. During November 2009, it was announced that the original remaining line-up will play eight exclusive UK dates in April 2010.