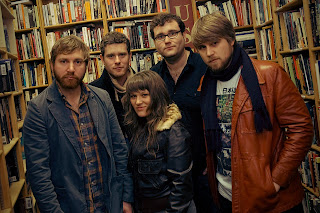 Right then and down to business! Loads of great new songs have come our way whilst we have been limited to how often we could update Beehive Candy, so this is an attempt to start catching up. To avoid missing any of the songs that have grabbed our ears, this will be a rapid run through that hopefully has something to appeal to your ears as well!

Friday Mileʼs new release, Good Luck Studio, reveals a truly accessible pop album built on ravishing guy-girl harmonies, contagious melodies, and a vocal chemistry that few artists today can deliver. Reminiscent of The Magic Numbers and Rilo Kiley, these playfully romantic alt-country tunes are seriously worth checking out if the above mentioned acts appeal to you. Seriously good music. 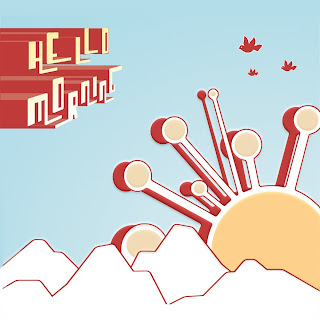 While the Northwest is overflowing with plenty of folk, experimental, electro-pop, and other brilliant (and sometimes accidental) oddities, Hello Morning has developed a big, fresh sound, complete with big drums, cascading guitars and anthemic choruses.

Their debut EP is something more akin to stadium rockers Muse, & Keane, and at times, maybe a little closer to the aesthetics of early U2 and The Editors. OK enough name dropping I love this EP and really hope this band can provide us with a full album in the not to distant future. 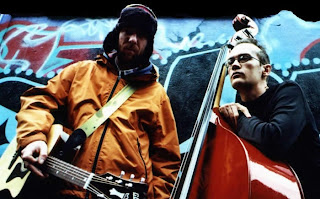 When bands get in touch with Beehive Candy direct I am afraid that more often than not they don't make it to getting featured.

I do feel sorry, but we have to like the material, otherwise we are not being true to our standards. That said I take my (virtual) hat off and applaud the often notable enthusiasm and desire that so many have.

I Am Three sent me a fairly minimal email and a copy of their album. I have copied this from their web site - I Am Three are a British band formed in 2008. Their live set up is made up of multi-instrumentalist Irving on double bass and vocals and Hughes on guitar, vocals, cider bottle and rollies. They have gigged in hundreds of locations throughout Europe from Manchester to Milan and are set to tour the fringe of Russia in 2010.

Dubbed the Northern version of Withnail and I, their music is often described as cult alt-folk rock-emo-rap-blues by those who wish to describe it. Their on stage persona ranges from side-splittingly funny to wistful as a mournful parting in the rain. They are actually a great listen and lets hope they can get noticed some more this year. 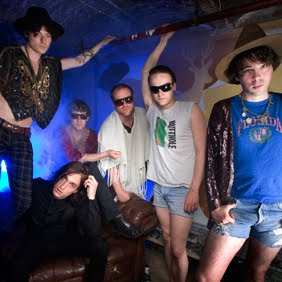 Right then I am copying this from their promo because it actually seem pretty spot on.

With a sound so unique that it deserves its own genre name, Oslo’s Pirate Love takes Scandinavian indie rock to a whole new level. Black Vodoun Space Blues is not only the title of the band’s latest release, but is also the most fitting genre name for Pirate Love’s raw, mind-bending sound.

Signed to Kong Tiki Records, Pirate Love takes its cues not only from 60’s garage punk, rockabilly, and goth, but is also equal parts sex, drugs, and violence. Their signature sound is most reminiscent of Jesus and The Mary Chain, The Cramps, and The Horrors. Well the band are playing SXSW this year along with other US dates this month, and if high energy madness is your thing these guys do the business! 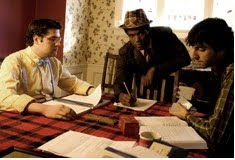 We will calm things down just a little now. Jersey-based band Like Trains & Taxis is gearing up to self-release their debut full-length album on April 6th, “Tales From A Revolving Door”. Following the D.I.Y. ethos of the New Brunswick, NJ music scene where they formed and developed, Like Trains & Taxis will be releasing the album on their own label, as they did their last two EPs.

Like Trains & Taxis combines a modern indie sensibility with traditional notions of songwriting, and a sound that evokes both the soul of Stevie Wonder and the off-beat nuanced approach of artists like Ben Folds or Fiona Apple.

With a voice that captivates, and piano arrangements that perfectly support the poetic nature of the music, Like Trains & Taxis possesses a level of originality, intelligence, and an ability to move the listener that is rare in today’s music – Metromix NJ recently praised the band, declaring “The EP sounds like what the world would still be listening to had Stevie Wonder not gone all adult contemporary on us a few years back or, to put it in other terms, like a much more soulful version of Spoon.” With so much music in the Beehive In Box at present, artists of this calibre always stand out from the crowd.

Listen:
'Their Eyes Were Watching God' 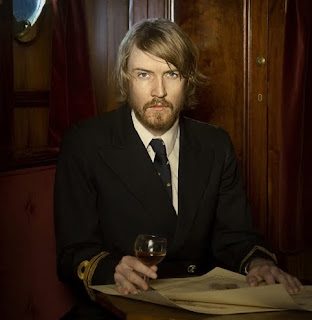 Shameless copying and pasting from the promo for our final feature in this edition of Beehive Candy's 2010FM series. That's not a problem because this guy has both the pedigree and the music!

A former member of bands like The Ruby Suns (Sub Pop), The Brunettes and The Reduction Agents as well as a touring member of Okkervil River, Lawrence Arabia – the savant-like songwriting alter ego of James Milne -- is shedding his sideman status and stepping alone into the bright light of the U.S. music scene with Chant Darling. The album is his first full-length on Bella Union, the UK-based label credited with discovering hallmark influencers Fleet Foxes, Midlake, Beach House and Explosions in the Sky among others.

Already receiving four-star reviews from UK tastemakers like Mojo and Uncut, Chant Darling melds irreverent lyrics with West Coast melodies and lush harmonies, playing like a modern take on the work of classic popsmiths like Jonathan Richman, John Lennon and Brian Wilson. Hewn in large part from James’ gradual relocation to London and recorded over 18 months in a studio in Stockholm, three flats in London, a garden shed in Port Chalmers, a car club in Wellington and a studio in Auckland, Chant Darling signals the emergence of a weighty new voice straight from the new pop frontier of the southern hemisphere.

Lawrence will be touring the United States this spring, beginning at SXSW in late March.