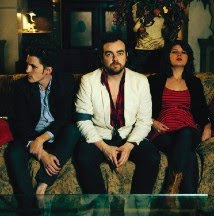 One of the great aspects of running a music site is when you receive new music that really is something special and opens up another avenue to explore. Andy Clockwise is new to me, however I guess not so to a reasonable number of Australians and some in Los Angeles.

In 2003, Andy Kelly was homeless and destitute in his home country of Australia. After bizarre circumstances led him to help a friend with recording an EP, Andy fervently poured his passions into his own music. The result was his own debut EP “Song Exhibition,” which Australian radio station Triple J discovered and promoted heavily. From there on out Andy, working from then on as “Andy Clockwise” had his very own career in music, writing, creating and producing what he likes to call “Schizo Pop,” music that is “ever changing” but always emotionally captivating.

Now years later Andy who is also a Los Angeles resident, is releasing his finest work to date. “Are You Well?” is the product of years of refining his craft, as the music synthesizes many stylistic influences into one sound that is warmly familiar and classic yet uniquely fresh.

This is an artist that has struck a chord with Beehive Candy but dont just take our word for it...

“Like the perfect department store, Andy Clockwise has everything under one roof. The only thing more astonishing than how many styles he explores on this album, is how many he gets spot on.” - Bernard Zuel, The Sydney Morning Herald (4 stars) 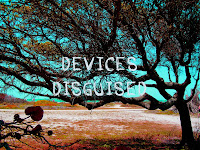 Devices Disguised is native Floridian Kyle Warden, an enthusiast of visual arts and the self-avowed friend of musicians. His recordings developed as interest in the former gave way and the latter helped him build up a repertoire of sounds and techniques, with enough accumulating that Devices Disguised became a convenient platform for releasing the backlog of solo material. Inspired by a late introduction to MIDI based production by his college roommate, Kyle self-resleased his Yonder EP and a two song single on French label Beko DSL. His most recent material stays percussion oriented while experimenting with more rhythmically sequenced synths sampling, multi-layered ambient soundscapes, alongside altered strings and pianos. The five track True Tides EP is his physical debut and the prelude to a Fall full length.

Beehive's opinion - we love this and want more!

Ok the official PR stuff tells us... Embracing classic pop hooks, throwing in a bit of soul, Brit pop and California sunshine, Loomis & the Lust has created a top notch pop rock sound that swirls with a light-hearted, fun-time attitude that conjures up visions of palm trees and good times. After releasing a batch of clever, catchy songs in their first EP last year, Loomis and the Lust quickly started making waves, being named one of the “Top 25 New Bands in the Word” by MTV Iggy, winning an MTVU “Freshman” video award, appearing in an online ad campaign for Subway.

We say - you can dance to them, boogie along or whatever, they know a good hook and the featured song reminds me of good Rolling Stones although this is not to 'pigeon hole' them into one category.

It saves us some work when the artist kindly writes an introduction.

My name is Stephen Luke and I am a guitarist, singer, song writer specializing in a blend of roots and rock music. My unique style of songwriting combines story telling and music generated from of my soul. I have a passion for songwriting and think a good story is worth a great song. I invite you to step into both the music and lyrics of my new CD, “No Man’s Land” and take a journey with me.

Some interesting background to Stephen and mention of an artist we featured last time round (small world)...

Stephen Luke started out on drums but then switched to guitar at age 17. “ I ran into some trouble and was on house arrest for a while. The guitar helped me keep sane.” He began performing at local dances and in the late 70’s early 80’s, he played the bar and party circuit with the group Venus who were chosen for one of the WEBN album projects.

After a long hiatus, which included raising a family, it took a serious hand injury to reignite the musical spark. “I cut two tendons on my index finger while opening a box with a dull knife.” (Always cut away!)

Surgery followed with several months of rehab. His physical therapist recommended picking up the guitar again to help the left hand function. Enter Kelly Richey who reignited Stephen Luke’s guitar world. “She took me from pitiful to powerful in about six months. It lit a fire. I couldn’t stop playing and started writing songs again.” Soon Richey agreed to produce his first CD, “No Man’s Land.” “It’s such an honor to work with Kelly and be associated with Sweet Lucy Records.”

Stephen Luke can be found playing around Cincinnati with the band “Westrock”. He continues to write solo and co-writes with Kelly Richey, John Redell and other Cincinnati artists. Oh and the music is spot on.

Theres nothing like a press release that is in your face or what?

Bazaar Royale is a rock star, a larger than life personality waiting for the mainstream to catch on. The creator of the “Ghetto Metal” movement, Royale has built a new sound that is full of rock optimism, spiked with a gritty dose of reality—the hard times millions of people are going through around the world. On his most recent CD, “The Ride” Royale takes us on a journey of self-discovery; Who am I as an individual and What role do I play in society? If that seems like a grandiose premise, I encourage you to take a moment to press the play button and see for yourself.

Well at the end of the day it's all about the music and this guy has some real talent and real rock music. Dont be suprised if Bazaar Royale surfaces in a good number of other places beyond the Beehive. 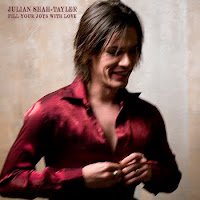 How many times will Beehive Candy mention Julian Shah-Tayler ?

Well that all depends on how long he keeps on making excellent albums or E.P's. I do not want to sound like his personal fan club and having seen a good number of references from many other sources I know I am not, however I just feel that his music is to good to keep secret about.

If you read this Julian, I do not want to make your 'head swell', but thankyou for producing some thoughtful, crafted and striking songs that deserve to be heard in the mainstream right now.

His latest release 'Fill Your Joys With Love' is available now and if you like the featured track, then each song on the release is a must to hear.

Well that's it for this round up which having listened again to all the tracks featured, really does set a high standard for future editions to follow!
Featured Tracks:

Loomis & the Lust said…
Hey, BeehiveCandy!
We're really enjoying reading your blog and hearing all these awesome musicians. So we're flattered to be included in this post! We're releasing a new EP soon called Space Camp. Hope you get the chance to check it out!
28 June 2010 at 16:29