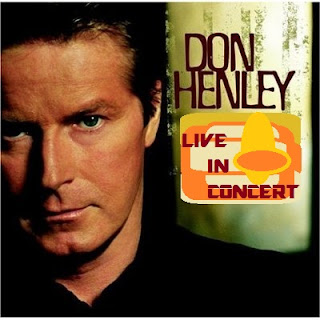 This is Don Henley live in concert in Los Angeles California back in 1985.

That's according to the limited notes that came with this recording and his comments throughout the show suggest that the location (LA) is correct, and the songs performed are from the right timeline.

However I have a feeling that this may actually be material from more than one gig based only on the sound differences around 'Desparado' and a couple of other tracks, and I am not familiar with the Fox Bowl which the notes suggest was the venue.

Feel free as always to add any comments on this one. All of that said this is a great performance from Don when he was riding high as a solo artist following the initial break up of The Eagles.

Following the breakup of the Eagles, Henley embarked on a productive solo career, the most commercially successful of any of the Eagles. His first solo release, 1982's I Can't Stand Still, was a moderate seller. The single "Dirty Laundry", a denunciation of tabloid media, was Henley's all-time biggest hit. It reached No. 3 on Billboard Hot 100  at the beginning of 1983 and earned a Gold-certified single for sales of over a million copies in the US. It was also nominated for a Grammy.

This was followed in 1984 by Building the Perfect Beast, which featured layered synthesizers and was a marked departure from the Eagles' country-rock sound. A single release, "The Boys of Summer", reached No.5 on the Billboard Hot 100. The song's haunting rhythms and lyrics of loss and aging, capped by seeing "a Deadhead  sticker on a Cadillac," immediately connected with a certain age group. Don Henley also won the Grammy Award for Best Male Rock Vocal Performance for the song. Several other songs on the album, "All She Wants to Do Is Dance" (No. 9 on Hot 100), "Not Enough Love in the World" (No 34) and "Sunset Grill" (No.22) also received considerable airplay.

Henley's next album, 1989's The End of the Innocence, was even more successful. The song "The End of the Innocence", a collaboration with Bruce Hornsby, is a melancholy, piano-driven tale of finding bits of happiness in a corrupt world, and reached No. 8 as a single. The hit follow-up, "The Heart of the Matter", is an emotive chance remembrance of a lost love. Both songs use the effective technique of varying the words in the chorus each time it is sung, to advance the song's narrative. The album's "The Last Worthless Evening" and "New York Minute" were among other songs that gained radio airplay. Henley again won the Best Male Rock Vocal Performance Grammy in 1990 for the album. Also in 1989, Henley made a brief appearance on MTV's Unplugged series.

In live shows, Henley would play drums and sing simultaneously only on certain Eagles songs; on his solo songs he would either play electric guitar and sing or just sing. Occasionally Eagles songs would get drastic rearrangements, such as "Hotel California" with four trombones.

The PopCulturist said…
November, 1985 at Universal Amphitheater in L.A., broadcast on Westwood One. That's what I got from discussions on another website anyway. Thanks for all the great music!

If you haven't, please come by and visit my blog sometime, you might find something you like! If so please consider putting me "on your radar"! :)

Beehive Candy said…
Thanks for the feedback on this recording, your contributions are really appreciated by Beehive Candy and I am sure by our audience.