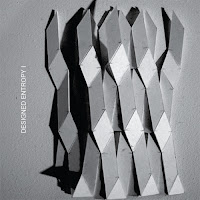 December is upon us and the backlog of new music has built up once again, so apologies but this is going to be a rush through the music that has grabbed our attention. There is a reasonable amount of copying from the promo material we have received to provide background so apologies for some of the 'loved up' words but the one thing I will say is everything featured is here because we reckon it's well worth a share! The first entry in the Designed Entropy series features exclusive tracks by 4 different artists inspired from a common starting point - a book titled "Atlas of Novel Tectonics" by Jesse Reiser. As a cohesive unit, this EP explores the relationship between design, structure, and humanity. Released as a limited edition (run of 500) 7" EP on colored vinyl, one could loosely categorize the genre as electronic. However, each artists incorporates sounds and samples to independently build the landscape. Participating artist include: Bomarr (of Restif
Post a Comment
Read more 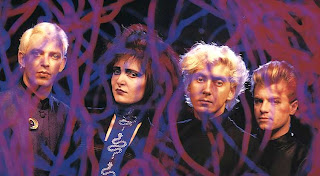 This is a small selection of demo's and studio out takes by Siouxsie & the Banshees circulated simply as the Tinderbox Demos. Included with this boot were a few tracks that were off air recordings from BBC radio sessions and these eventually made there way on to the official BBC four disc box set in much better quality. The Tinderbox demo's featured here are a bit of a mystery and there is not a lot else I can add information wise except that they are interesting examples of work in progress. Tinderbox was the seventh studio album released by the band and it was the first effort with new guitarist John Valentine Carruthers. The sessions took place at Hansa Studios, by the Berlin wall. Tinderbox was re-issued remastered and expanded in 2009, featuring in the bonus tracks an unreleased version of the 1987's "Song from the Edge of the World" and an unreleased song with lyrics of Steven Severin called "Starcrossed", recorded in May 1985. The b-sides
1 comment
Read more
More posts