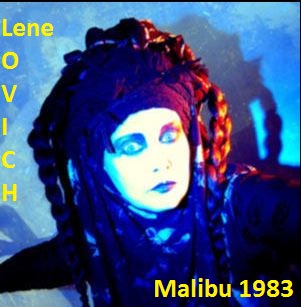 This is Lene Lovich live in Malibu back in 1983. Lene Lovich was born Lili-Marlene Premilovich in Detroit, Michigan, to an English mother and a Serbian father. After her father had health problems, her mother took her and her three siblings to live in Hull, England. Lovich was 13 years old at the time. She met the guitarist/songwriter Les Chappell when they were teenagers, and he became her longtime collaborator and life partner. In autumn 1968, they went to London, England to attend art school. It was there that Lovich first tied her hair into the plaits that later became a visual trademark, though at first she did it to keep her hair out of the clay when studying sculpture. In 1975, Lovich joined The Diversions, a funk group that put out five singles and an album on Polydor Records without success. In 1976 she released a 7" 3-track "maxi-single" in the UK under her own name, aimed at the Christmas market: "I Saw Mommy Kissing Santa Claus/The Christmas Song (M
1 comment
Read more 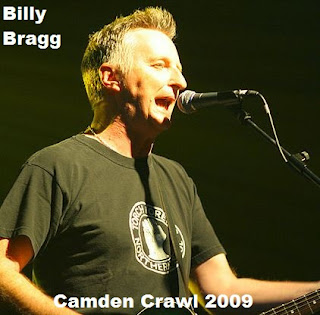 This is Billy Bragg live at the 2009 Camden Crawl,  this gig took place at the Dublin Castle, Camden, London back on the 25th April 2009. The Camden Crawl London Festival occurs on the May Bank Holiday in and around Camden, London England. The festival comprises of hundreds of gigs and performances. During the 'down time' there’s lots of stand up comedy shows, street performers, short films, busking, bingo, poetry, magic sows, theatre and workshops. Describing the 2009 event the festival organisers had this to say "We partnered up with BBC 6Music this year and they were amazing. They managed to book Madness to do a secret busking tour of Camden culminating in a free open top bus show on Inverness street. It really was the gig of a lifetime and created a scene never before witnessed in Camden. It was also the first year we added the Roundhouse as venue and started to pull in some serious ‘headliners’. Yeah Yeah Yeahs, Kasabian, Maccabees, 808 State, The Fall, Echo &a
3 comments
Read more
More posts