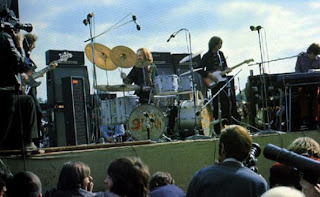 This is two concerts from Blind Faith from 1969. The group debuted at a free concert at London's Hyde Park on 7th June 1969. This version of that concert comes from a 'Mid Valley Records' CD bootleg and in our opinion has a better audio track than the DVD film of the concert released in 2006. The second concert was recorded at the Konserthallen/Liseberg, Nöjespark/Göteborg, Sweden, on the 18th June 1969. The audio source was an audience based reel to reel tape recorder, and considering the age etc is really very good quality. The beginnings of Blind Faith date from mid-1968, with the break-up of Cream. In retrospect as the first "super-group", Cream had become a financial powerhouse, selling millions of records within a few years and raising the group's (and each member's) repertoire to international popularity. Despite that success, the band was crumbling from within due to frequent animosity between Jack Bruce and Ginger Baker, with Eric Clapton doi
3 comments
Read more

Graham Parker and The Rumour - London 1977 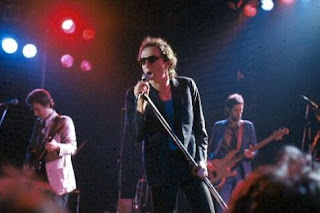 This is Graham Parker & The Rumour back on the 17th March 1977 performing live in concert for BBC Sight & Sounds, in London. Fans of Graham Parker's music would do well to check out his website (link below) as he has been and continues to release a considerable amount of archive material from across his career. In the late 1960s and early 1970s, Graham Parker sang in small-time English bands such as the Black Rockers and Deep Cut Three while working in dead-end jobs like a glove factory and a petrol station. In 1975, he recorded a few demo tracks in London with Dave Robinson, who would shortly found Stiff Records and who connected Parker with his first backing band of note, The Rumour. Graham Parker had one track, "Back to Schooldays", released on the compilation album, A Bunch of Stiff Records for Stiff Records. In the summer of 1975, Parker joined forces with ex-members of three British pub-rock bands to form Graham Parker and the Rumour. The new group co
5 comments
Read more
More posts