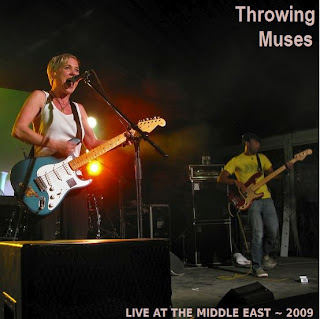 This is a superb 'pro-audience' recording of Throwing Muses performing at The Middle East (downstairs) Cambridge, MA, USA, on March 14th, 2009. From Kristin Hersh's website the good news for Throwing Muses lovers is (and we quote) "Throwing Muses is in the process of mixing their new record, which, for now at least is coming in at 38 songs(!) This one is entirely listener-funded thanks to Kristin’s subscribers (Strange Angels) and other generous contributors via CASH Music". From Wikipedia regarding the latter history of the band - In 1995, the new lineup released University, recorded in New Orleans; the album included "Bright Yellow Gun," a single garnering airplay on commercial radio stations. The album's radio exposure led to long feature articles in Rolling Stone and other major music magazines. Following the 1996 album Limbo, the band announced it was going on indefinite hiatus due to the high financial overhead of being a full-time recor
2 comments
Read more
More posts