Starting off this new music round up with The Phantom Sound. The background information goes as follows - Marisa is currently completing her first solo album. Her influences include artists from the late 70s and early 80s punk and new wave movements such as David Bowie, Roxy Music, Blondie, The Ramones, and Duran Duran. She is creating powerful, emotional, and honest songs inspired from that era, and combines it with rock in a new way.

She’s been fortunate to work with several excellent and accomplished artists on this album. Ken Stringfellow of the Posies, Big Star, and R.E.M. is producing the album as well as playing on it. Clem Burke, drummer of Blondie, plays on several of the tracks and Pierre DeReeder, bass player from Rilo Kiley, also contributes, among other talented musicians. Her single,"Get to Me", has already won the top voted song on Charlie Ashcroft's Audition Show, and has had various radio play around the U.S.. She wrote and recorded this album in Berlin, Amsterdam, London, and Paris. Marisa calls herself The Phantom Sound. Originally from Los Angeles, she now resides in London, England.

OK so the influences are there and Clem Burke's distinctive drumming style is unmissable. Whilst I would question the punk/new wave credentials of some of the cited influences, at the end of the day it's about the music. 'Get To Me' works, as it does not pretend to be anything other than a song with some retro styling. Marisa adds her own interpretation and a punchy song is the result. Website Here. 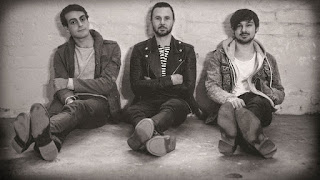 Background on Crystal Cities - they was born from the ashes of, pop anthem rock band, Jefferson. After a non-prosperous label signing, Jefferson lost their momentum and briefly considered breaking up. Though these guys seem to have an unbreakable bond, tougher than an old leather jacket. Thank Goodness, their friendship and mutual, musical respect are a bond that prevailed. Crystal Cities was born on a balmy January night in the garage of Geoff Rana’s house, in Sydney’s Inner West. They were jamming an older original song, Cut Me Loose and by starting in a different key after a long session, it revealed a chilled, stripped back and eerily, ethereal version of the once energy driven track. This is the new sound that inspired Crystal Cities to become just that!

Crystal Cities is a fresh take on the melodic pop that Geoff writes. This is a less is more kind of sound, introducing a part of Geoff’s vocal register we haven't heard before. Lead singer, Geoff Rana, is a prolific songwriter and a respected part of the Nashville Songwriters association.

Oh this is such a fine song. Plenty of room on Beehive Candy for good melodic pop, the sort that leaves you wanting more and that's what we have with Crystal Cities. 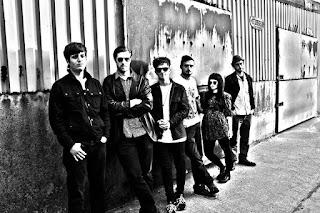 What we are told about The Pinstripe Pigeon Band - They began as a modest, yet ambitious studio project, incorporating production values inspired by Jon Hopkins, Nile Rogers and Cut Chemist, but this quickly developed into a seven-strong pop force, releasing five well-received EPs throughout 2013/14.

The band's latest material showcases intelligent sophisti-pop, electronica, funkadelia and anthemic rock. The lyrics lovingly articulate personal experiences while finding humour in political and social despair. Kirsty's impassioned vocals hark back to Aretha at her most bombastic and Dusty at her most delicate.

The band has the benefit of two keyboardists, one melodically inventive Stevie Wonder/Oscar Peterson-esqe pianist and another more classical, akin to?Ludvico Einaudi, both complimenting each other perfectly. The energised live show is characterised by rousing intent, hitting a resonant chord with each new audience. The band grabbed the attention of local media with BBC Introducing Lancashire showcasing a live radio session and BBC Cumbria playing a live recording of the group at Carlisle Music City.

The featured song falls I guess somewhere between sophisticated pop and anthemic rock, something that doesn't always grab my attention, however this really is classy music. Well produced as would be expected after their introduction above, a good song well worth featuring.

Next up we have Milo McMahon. Milo sent us a message recently and this is what he had to say.

Today, I'm announcing my new EP, "Who I Knew" that'll be supported by a tour across Canada and Europe. The EP is out July 14th. The songs blend aspects of alt folk, surf core, and what my treeplanting buddies call screef rock. My music is derived from my transatlantic upbringing - from my early years in Ireland to my summers plugging trees in northern Canada.

Nearly 5 years ago, I made the full-time commitment to my musical career by moving from Dublin to Toronto, eventually settling in Montreal. This record will be my third release following the critically accliamed 'Big City Hustle LP' and 'Gone Too Long', an EP featuring collaborations with members of Blood and Glass, Suuns and producer Dave Newfeld (Broken Social Scene) where I was able to compound my existing qualities with likeminded and talented artists.

Well am I pleased you contacted Beehive Candy Milo! This is one beautiful song and you have also opened up my world to 'screef rock'. Long may this genre continue and flourish, if the featured song 'Caveman' is anything to go by, it deserves to. Website Here. 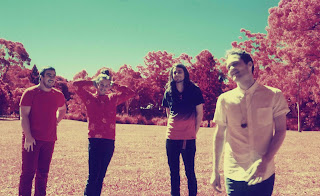 I think I might have done well to call this Australia week on Beehive Candy, with the amount of new music featured from that part of the world, however I have a feeling the good music may keep on coming so lets just enjoy it all.

Tin Can Radio return from a two year hiatus and do so in fine form with the release of their single Blind Paradise; a psych-pop gem, brightly coloured with the sweetness of airy vocal drones, punctuated with layers of heavy guitars and rolling psych-jams.

The single sees Tin Can Radio emerge from their song-drought, fresh faced and boasting a new sound, setting the tone and anticipation for their forthcoming Mosaic EP. Recorded with Konstantin Kersting at Airlock studios and then polished by Simon Irving of Double Eye studio, these recordings forge a new sonic grounding for the band.

A fantastic song to finish this round up, Tin Can Radio are definitely creative and capture that spark that just sets a song on fire. If this is the result of a song-drought then such droughts are to be welcomed.