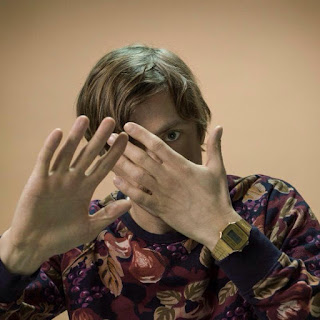 The Legends - Winter Is The Warmest Season - from the album 'It's Love'.

An expanded version of The Legends "It's love" (originally released on Cascine this summer) is out on Labrador October 16th. One of the new tracks features lead vocals by Sara Carlsson who also happens to be the main subject of the album.

Bio - The Legends from Stockholm have enjoyed a somewhat accidental career. Beginning with Up Against The Legends, their debut album in 2003, the project was comically assumed to be a 9-piece band due to early shows consisting of friends on stage, drunk and generally winging it. In actuality, The Legends has only ever been a personal outlet for one man, Johan Angergård, apart from his other, more focused projects, Club 8 and Acid House Kings.

Following the first LP were two back-to-back full-lengths – Public Radio in 2005, and Facts and Figures in 2006. Both records were well received, providing The Legends a platform to play festivals and tour internationally. The sound of each album was nothing like the one before it. “That’s the result of me needing to say what I want to say and express evolving emotions,” Johan explained. This approach was creatively satisfying, but divisive to fans that expected a more continuous sound across releases. “I didn’t think I’d record any more after Facts and Figures, but after a particularly chaotic stretch in 2008 and some angst, I needed noise and recorded Over and Over. And then I thought I wouldn’t record another album again...”

Fast forward to 2015 and the nearing launch of It’s Love, The Legends’ fifth album. It’s Love details a recent chapter in Johan’s life that saw him wrestle with issues of loss, love and identity. Turning 40 brought with it unexpected emotional distance from things that once mattered very much. Suddenly, his role as Labrador label boss was less important to him, and a relationship with someone he shared a large chunk of his life with lost importance completely. “I felt old and like I didn’t belong anywhere…some sort of no-man’s-land. Free floating.” At the same time, a new love came crashing into his world, bringing with it both infatuation and anxiety.

This is a beautiful album, Swedish electro 'dream' pop, that sends shivers through me. Layers of incredible music and pure sounding vocals that just capture my imagination. 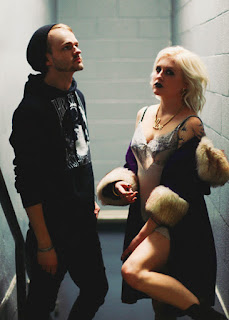 Bio (and a pretty different one!) - Indie, electro, soul is a category of sound squarely cornered by Salt Lake City's breakout duo Oh, Be Clever. Vocalist and wordsmith Brittney Shields effortlessly uses Cory Scott Layton's refreshing rush of instrumentals as a conduit for spinning tales of love, loss and living in the 21st century. The pair, however, haven't always enjoyed perfect harmony. Prior to Oh, Be Clever the two were members of separate bands which loathed each other to the point of physical violence. Late one night after a show, in the parking lot, a fight broke out between their two bands.

Having always admired each other, Shields and Layton left the scene of the fight to create their own music. Later that very night, after disappearing together, the two alerted their previous bands that they were done. Oh, Be Clever was born. The goal from the beginning was to create a new sound completely different from their previous efforts. Layton knew that Shields' voice could roll and run, drop and drip, cascade and plunge like no other in Salt Lake City. Together these two set out to create the perfect sound to spark Oh, Be Clever to life.

And quoting Brittney Shields herself - "This song is about seeking validation in all the wrong places. When we wrote this I was very insecure. I'd do almost anything to get someone to like me. It's about the feeling you get when you come to terms your flaws and let go of the baggage holding you back.

"River is about accepting your flaws and living happily with them. There are a million different ways a person could interpret this song, and that's kind of the way we want to keep it. Leave it up to your own life experience and the way you relate to it. We're letting this song stay cryptic."

OK so whilst not endorsing bands brawling and loathing each other, if it leads to a duo who can produce a fine song such as 'River', perhaps we can put it down to artistic temperament. This song is, to be concise, 'epic' what's more you can download 'River' for free. 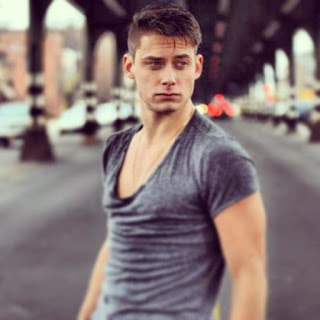 A native New Yorker, Rory Max Kaplan has been performing and creating since the beginning of his existence. Ranging from acting on stage & screen, classical & contemporary dance, cartoon voices, playing in a band or singing in the recording studio, Rory is now ready to hit the world stage with this new major-label distributed release.

Rory made his stage debut in October 2014 in the cast of the hit, award winning Broadway show “Jersey Boys” at the August Wilson Theatre in New York City. He has appeared Off Broadway as the lead in “Nothing But Trash” at the Theatre for the New City in lower Manhattan; in an international tour of “Rock of Ages”, and in numerous theatre productions throughout the United States.

Well if you are going to do a cover version of a song as legendary as Simon and Garfunkel's 'The Boxer', you might as well put a different spin on it, just to get noticed. Having some of the best session musicians around can't hurt either. So a rock version complete with superb backing vocalist's is Rory's answer. In summary, quality, fun, different and yep, it rocks.