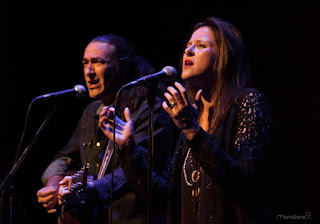 The Blue Dolphins - Walking in the Sun.

Comprised of two-time Grammy Award winner engineer Alfonso Rodenas on guitar and Victoria Scott on lead vocals, the duo released the Walking in the Sun EP in May, a prelude to the forthcoming full-length; Walking in the Sun contains six songs Come On!.  Prior releases include their debut full-length, 2012's My Favorite Word is Today and 2013’s In Between EP.

Come On! is a major push forward for The Blue Dolphins, reaching towards a more complex and fully produced music scenario, where sonic aesthetics and songwriting are richer and more varied, departing from the pared-down premises and acoustic songs that characterized My Favorite Word is Today.  Come On! embraces folk, pop, and roots-rock with the duo’s characteristic optimism and charm.

Victoria Scott and Alfonso Rodenas fatefully met at the legendary rock pit The Cat Club on the Sunset Strip in Los Angeles and soon started playing and recording together.  Formed in 2010, The Blue Dolphins released their debut full-length and gigged constantly over the following two years in California and Western Europe - earning them a dedicated fan base in the U.S., U.K., and Spain.

'Walking In The Sun' oozes feel good vibes. It's natural pop-rock, that has so much going for it, vocals and vocal harmonies skip above a sparkling and slickly crafted soundtrack. 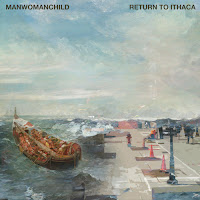 Background - Manwomanchild is a rock band from Philadelphia, Pennsylvania fronted by David Child.

The band released its self-titled debut album on 12/14/2010 on West Cortez Records. In 2013, Manwomanchild moved to Philadelphia. In April 2014, they wrote and recorded the soundtrack for Decidedly‘s iOS and Android game “Floyd’s Worthwhile Endeavor“.

In September and October of 2014, the band released the singles “Wedding Toast” and “Recent History”, followed by another, “The Telepath Returns,” in December of the same year. In March 2015, “The Difficult Years” was released. Music blog “Surviving the Golden Age” described the song’s sound as “LCD Soundsystem being fronted by Ben Gibbard” as well as “hybrid glam rock/chamber pop”.

This is a really well crafted song, the production is clear and crisp musically, and David Child's vocals are pretty much a perfect match for a song like this. Find out more (here).