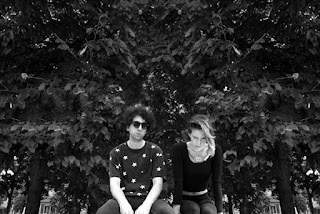 What we are told - Toronto shoegaze band Beliefs are set to release their sophomore album 'Leaper' on November 13 via Hand Drawn Dracula.

Beliefs started abruptly when Josh Korody and Jesse Crowe met at good friend and former Bassist, Patrick McCormack's birthday party and couldn't stop talking about the music of the 90's. Through the love of My Bloody Valentine and Sonic Youth, the memory of reverb and fuzz was revisited and Beliefs was formed.

Since their formation in 2010, Beliefs have released a two song single and b-side (Untitled, 2012 HDD) as well as a full length record (self titled, 2013 HDD, Manimal, No Pain In Pop) and are currently set to release their follow up, Leaper via HDD on November 13. Beliefs have been lucky enough to share the stage with fantastic artists such as; A Place to Bury Strangers, Disappears, The Breeders, Toy, Algiers, Moon Duo, Beach Fossils, and Suuns.

Beliefs are prolific artists and musicians in the Toronto music scene, with Crowe recording in projects Praises and Rolemodel, and Korody as a founding member of Wish and Nailbiter as well as producing countless projects at his Candle Recordings studio. Beliefs are now set to present Leaper at shows and to festivals such as Supercrawl, Pop Montreal, and New York's CMJ along side the Hand Drawn Dracula family.

Straight into a fuzz laden wall of sound, 'Leaper' gradually mellows into a cleaner piece with vocals lifting in the mix. Every part is cleverly layered and the music is at times quite dominant, but very assessable. Shoegaze fans should adore this song. 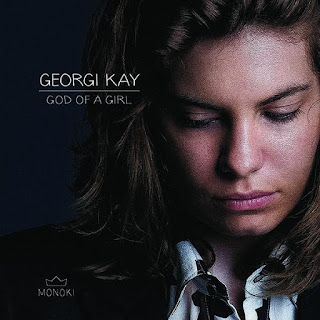 Georgi Kay - God Of A Girl.

Background words - Perth’s Georgi Kay is a musical chameleon. You may know her dark and brooding song ‘Ipswich’. You may know her from past tours with Alpine, Clubfeet and Ed Sheeran. How about her performance as troubled musician Melissa in Jane Campion’s multi award-winning BBC drama ‘Top of the Lake’? Or maybe you’ve heard her haunting theme for the Netflix series ‘Residue’? Or perhaps you know her from her collaborations with French-noir DJ Brodinski, rapper Bloody Jay or her co-writes with M-Phazes, Mag and Nash Overstreet? Oh, and there’s ‘In My Mind’ - the platinum-selling, ARIA-winning, Grammy-nominated dancefloor anthem recorded with Ivan Gough/Feenixpawl, remixed by Swedish House Mafia’s Axwell.

Whichever version of Georgi Kay brought you to this point, her new EP Origins, due for release in early 2016 brings the strands of her past together, showing a mature artist with a strong commitment to songwriting and a strong sense of her own muse. With her unique and distinctive voice and sound - part Sia, part Massive Attack, part Lorde - Georgi Kay is creating some of the most interesting and intelligent pop music in Australia.

The first taste of her EP comes in the form of ‘God of a Girl’. The inspiration for the song came from the film adaptation of Stephen King’s ‘Carrie’, exploring reality and fantasy within the psyche of an abuse victim and the mental results of being pushed to breaking point. Released globally on Monoki through Parlophone Records, the track is available for free download for fans from Georgi’s website (HERE).

“I’ve been working hard, experimenting and collaborating with some talented people who have helped influence and inspire me to create a body of work that best represents me as an artist. I can’t wait to hear what everyone thinks of the EP,” said Georgi. “It’s also really important for me to share ‘God of A Girl’ - a song that represents me in my purest form, with all the fans and supporters who have been with me on my journey over the past few years. It’s the shape of things to come.”

The deep synth sound and slow beat that introduces this song, have a strong hypnotic feel. Then add Georgi Kay's vocals and the song really does move up to something quite special. Music and vocals are perfect for each other in what is a powerful and intriguing song.