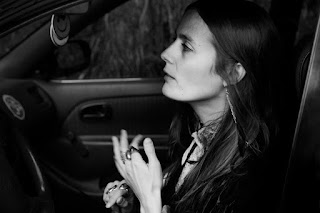 Those promo words - If songs are like children, it’s important to fend off favouritism… but perhaps there is something a little special about Frøkedal’s latest, ‘Kid’. The single is paired with news of Frøkedal’s forthcoming debut album ‘Hold On Dreamer’ – a ten-track offering, slated for release on February 26, 2016 via Propeller Recordings.

“Kid opens with a depiction of a young child who falls asleep under the table during a family party,” explains singer/songwriter Anne Lise Frøkedal. It all seems conventional enough, before the track takes a somewhat poignant turn: “It turns out that this is only a made-up memory because all the photos of the child have disappeared along with the family's recollection of him”.

“I remember you, kid” forms a fitting refrain, and a comforting assurance that resonates throughout new album ‘Hold On Dreamer’. Lyrically, a theme runs across its ten tracks: “They deal with people whose lives are about to take a turn – for better or worse,” Frøkedal says. “For me, writing about change is much more interesting than exploring situations that already work. Most are real stories, about real people, some influenced by my own life more than others.”

Having fronted successful Norwegian outfits Harrys Gym and Grammy-nominated I Was A King (who count Sufjan Stevens, Robyn Hitchcock and Norman Blake among past collaborators), Frøkedal approached her solo descent differently, almost defiantly. “Almost everything I’d done in the past I tried to avoid,” she says. “Harrys Gym had a huge pop sound with lots of instruments, so the new songs had to be simple. I wanted a stripped-down sound that was still dynamic.

“Because everyone has a computer these days, there’s no limit to how many times you can multi-track. I’m sick of that. Big, busy songs don’t touch me emotionally anymore. I hoped to go the other way – to remove as much as I could and be left with a beating heart.”

'Kid' is such a fine and pleasing song. I was going to take a day off from Beehive Candy today, but having played this a couple of times, I can't 'sit on it', any longer. I'm trying to keep a note of albums on the horizon that I really wan't to have, the list just got longer with the forthcoming debut album 'Hold On Dreamer'.