Tuesday &: The Wretched Desert - The Aves - Vallee - Eves The Behavior 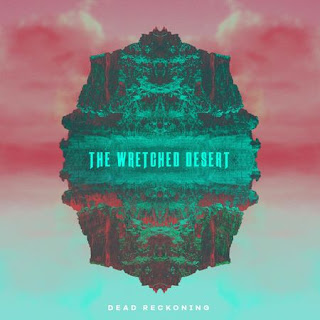 Background - Zach Lind of Jimmy Eat World and wife, Holly Lind, dreamt up The Wretched Desert one day when they decided to turn their living room into a music room. When they realised how good the acoustics were in that room, Zach began recording himself playing drums then added more and more instruments while Holly laid down vocals and, alas, their debut EP Street Lights came to fruition.

Following Street Lights, the duo continued to cook up some living room tunes during the off season of Jimmy Eat World’s tour schedule that turned into sophomore EP set to release November 13th. Recently, The Wretched Desert happily offered the EP title track, “Dead Reckoning”, as a taste of what is to come.

Zach explains, “As we were writing Dead Reckoning, we couldn’t help being reminded of the hockey scene in Strange Brew. This song is our ode to the McKenzie brothers from whom we’ve learned so much about the mysteries and secrets of being human”.

'Dead Reckoning' certainly builds on the 'Street Lights' EP. Keyboards compete with drums and percussion, whilst there is an almost robotic feel to the vocals, which is not a criticism, as they are seem so rightly matched. Looking forward to what follows soon. 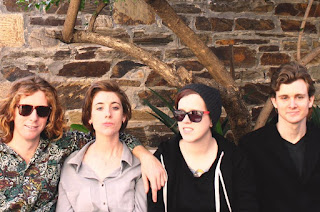 Filled with jangly guitars, upbeat rhythms and laconic vocals laced with harmonies, Juan Bianco is a tough as boots slice of garage pop about dreams lost and starry eyed suburban ambition. With three impressive EP's, a Big Day Out slot thanks to triple j and a stack of touring under their belts that includes Canada's NXNE Festival, New York's River Rocks and Brisbane's Bigsound, The Aves have become known for their high energy live shows, infectious pop-smarts and tongue in cheek lyrics.

Initially taking cues from a varied range of the greats like Talking Heads, Elvis Costello, The Kinks and Yeah Yeah Yeahs, The Aves have taken the melting pot of influences and naturally developed their own succinct style.

Bright jangly guitars launch what is a really cool and very catchy song. The melting pot of influences are noted, but who cares, The Aves have a superb sound of their own, and this single sets expectations high. More please. 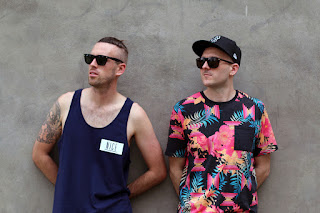 Background - The biggest driving force for Melbourne band Vallee has been the positive response from strangers from all around the world connecting with their music. The collaborative song writing of guitarist Michael Keirs and bassist Brendan Aked make up the core of the Melbourne indie rockers.

Influenced by the post punk revival scenes from the late 90’s and the new wave scene that stems from the 80’s, the band cites Bloc Party and The Wombats as an ideal that they strive to achieve. After a steady string of shows across Melbourne in 2014 followed by a working holiday in Europe, and multiple surgeries related to a motorcycle accident, it’s been almost a year since they headlined the Evelyn hotel in Fitzroy.

The follow up to their first EP Radio sees the band release their new single “Jungle”. The title track off their first EP Radio reached #1 on the Triple J Unearthed charts and subsequent video was featured on mismatch.tv, whilst second single “Cuba” debuted at #9 and received airplay on Unearthed radio. 'Jungle' by Vallee will be released 13th of November 2015.

'Jungle' reminds me somewhat, of the legendary Scottish band 'Big Country', and that is meant as a compliment. The guitar and drum sound has some of those vibes, however this is far more energised and vocally more powerful. Lets be clear this is a great song in it's own right, and one that sinks it's hooks in deep. 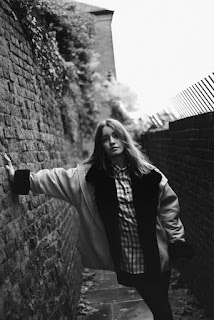 "There's a sort of unprecedented darkness that's brewing over modern feminism. A new beast that needs tackling. I refuse to believe I'm being old fashioned in saying that it comes out of the widening jaw of social media. Because I don't write this from an arm's length away... most days I feel like I'm being swallowed whole. I am growing up with very confused ideas of how to look and behave as a young woman. I'm terrified of growing up not knowing how to feel good about myself. And I'm terrified that other girls are in the same situation. I am slowly re-defining my perception of where I'm placed in the world and in my relationships."

Eves The Behavior is Hannah Karydas; a twenty-one-year old Brisbane-based singer, songwriter and producer with a unique look on the world. Few young musicians have quite the steady vision and kaleidoscopic ambition in which Eves The Behavior sets her sights on, which is in part due to Hannah's synesthesia; a condition which elicits an experience of mixed senses, in particular elements that trigger and become colours in her mind. This rare sense affects and influences her own music, allowing Hannah to figuratively paint her music, including the shadow and darkness from within.

'Girl' conveys passion and sincerity, covering a topic that is serious and relevant. Musically the 'marching beat' is just right for the lyrics, whilst Hannah's vocal delivery is spot on. It's a very good song, simple as that really.