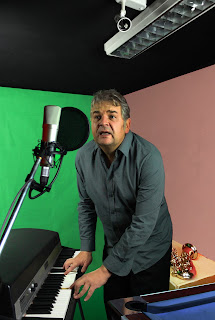 Promo Bio - In Autumn 2014, ex Brand New Heavies Jim had no intention to work in music again. However with world events and in particular the western support of fascism in Ukraine, together with ensuing propaganda from the mainstream media, he felt he had to do something to express his dissent. Over a year in production, the result is a new Jazz/Funk/Disco concept album from Jim entitled Dawn To Dusk. He considers it to be his best ever work.

The album is social commentary, but viewed through perspectives of human psychological evolution, and analysis of mass communication and propaganda. The core of the work is the understanding that Man lives in a world of amazing technological development, but is still encumbered with medieval forms of government by representatives who serve mainly the interests of the elite. With the net, and a completely new concept of two way mass communication for all, the ability of the oligarchy to manufacture consent  for its interests has suffered and cracks are beginning to show. The signalled intention is clear that the response is to destroy net neutrality and subvert the Internet to allowable information only.

Jim uses the mechanisms of human evolution to show how this is wrong for humanity, and instead advocates new forms of direct democracy and openness through an uncensored Internet. Jim was a founder member of the Brand New Heavies in 1987, and subsequently worked on his own albums featuring Roy Ayers in 1994 (Time and Space) and Love Not Truth 2005.

The full album is due out on February 29th, 2016, Jim Wellman will be releasing an EP as a preview of the album entitled "For the First Time" on Feb 8th.

'Probably Good' is but a small taste of an incredible piece of work. Beyond the featured radio edit we have a (four track) EP, to preview the soon to follow (eleven song) album. Musically the album is superb both in composition, arrangement and execution. Both Jim Wellman and guest vocals help convey a serious message whilst supporting the overall class of this musical journey. If you like Jazz Funk this is a must have, if you are not sure, it's still probably a must have.