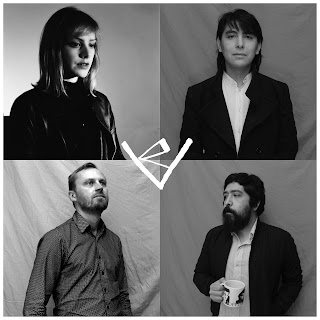 Exploded View – No More Parties in the Attic.

Background promo - At SXSW, Mexico City/Berlin-based, Exploded View will be unveiled by US Label, Sacred Bones, fronted by German/Bristol political- journalist-turned-musician/singer Anika who released her self-titled debut album in collaboration with Geoff Barrow’s Invada imprint and Stones Throw to critical acclaim in 2010. LA Times said “Anika phrases syllables with precise Teutonic reserve, as severe and numbing as a Bavarian winter."

This new project was created during the rehearsal sessions for Anika's Mexican live debut back in March 2014.  An unexpected partnership formed between Annika and local producers, Martin Thulin (Crocodiles producer) synth-head Hugo Quezada (Robota) and Riotboy sweetheart Hector Melgarejo (Jessy Bulbo / Nos llamamos) to form Exploded View. The four musicians discovered a new sound, several steps removed from the krautrock-isms of Henderson’s previous work  during their rehearsals and live performances in Mexico City. The straight to tape sessions that followed in the San Rafael neighbourhood, ventured somewhere new; a lighter place, unguarded, veering from any script.  Improvisation was the guiding principle and the source of the band’s inspiration. The studio itself was outfitted so that every sound produced in the room would be recorded. A Tascam 388 8-track captured everything – fully live, fully improvised, first-takes only. Produced by Thulin and Quezada and mastered by Josh Bonati in NYC, the long player is due for release on Sacred Bones in Summer 2016.

Today Sacred Bones Records welcomes Exploded View to the family and offers up the off kilter no wave/ post punk debut single from that album, ‘No More Parties In The Attic’.  A song that finds power in its conflict; a demented collage of noisy perplexing tones and ominous drones backed with distorted guitars, a devastating bass line and fractured rhythms. While Anika’s jarring vocal display may appear softer than her previous works, the song is laced with her unmistakable icy & nonchalant vocals delivered in ruinous calm.

There's quite a lot going on here and in my opinion all of it's fascinating. Vocally I am reminded in part of Nico, and her days in The Velvet Underground, however musically this has elements of a marching Krautrock sound and more. Out of chaos comes order, with this song it could also be the other way round. 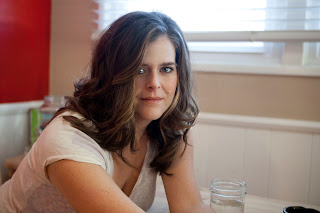 Kate Brown - Bring Me Down Dixie.

Background bio - Mesmerizing narratives and a charismatic command of the stage are essential facets in the vivid artistry of singer-songwriter Kate Brown. Envisioning lyrics and music, touring, acting and now raising a new kind of family—all of these touchstones crystallize into compelling country-rock songs and shape shifting performances. And whether the audience is rapt and attentive or well oiled and rowdy, Kate charms them with self-deprecating monologues, sheer intensity and her audacious authenticity.

A small town girl from Mt. Pleasant, Iowa, she grew up with supportive parents that she characterises as “Old hippies in an upstanding Midwest Catholic way -- really accepting and free.” Her mom had played in a folk duo back in the day, and while rummaging in the attic, Kate uncovered her dusty 12-string guitar and a six-string that belonged to her great-grandmother. After what she recalls as a well-received living room performance of “Annie’s Song” by John Denver, Kate had discovered her calling. Buying her own guitar on lay away from a store in nearby Burlington, she was on her way. Eventually dropping out of college, she performed in coffee houses, peddled home made CD’s and slept in truck stops as she traversed the country as a singer-songwriter.

Kate’s song  “Bring Me Down Dixie,” shines a spotlight on a saloon singer who despite the tribulations will not abandon life in the spotlight, no matter how meagre. While this is certainly not Kate’s story, she inhabits this character with grit and grace. “Acting and songs are connected by the thread of storytelling,” says Kate. “Songs are not just a bunch of nice words and a hooky chorus.”

It was at a 10-week intensive course at The School at Steppenwolf in Chicago that she met fellow actor and drummer Tony Sancho, the musical partner who forms a fundamental bond in her endeavours. Their on stage connection is intuitive as Kate observes. “We really trust each other. We’re both performers first and musicians second. He’s a great sideman, very funny, without having to take centre stage -- he just rolls along.” From Iowa, Illinois and Maryland to Washington, Oregon and California, Kate has lived in a variety of locales. Challenging, expressive and committed -- with prairie-nurtured poetics, new family values and a formidable cast of vivid characters, the songs of Kate Brown open windows both outward and inward. In a musical form built on an expression that is both deeply traditional and always evolving, Kate is a formidable voice.

'Bring Me Down Dixie' is one delightful song. Kate's voice is both melodic and powerful, and the accompanying Americana style music, just adds to the whole piece. 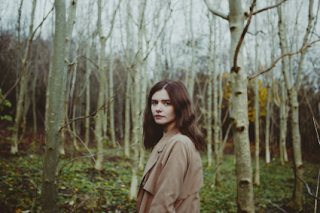 Background words -  Rosie Carney, the charismatic 18-year-old singer/songwriter from Donegal, Ireland, has made the cut at NPR’s just released Austin 100 playlist.  The single, the sweetly bitter ballad “Antidote,” is inspired by masters of melancholy Joni Mitchell and Bon Iver, Carney calls “Antidote” a “plea to embrace and feel - rather than reject and mask - the heartbreak associated with loss.”

In 2013, the then 16-year-old Carney burst onto Ireland’s music scene with a stunning performance at St. James' Church during Ireland's highly acclaimed Other Voices festival (Hozier, The National, Ryan Adams). While Carney’s talent has already taken her to London, New York, and Los Angeles, the rapidly rising songstress will travel to Austin, TX in March 2016 to make her SXSW debut.

The intimate feel of 'Antidote' charms and draws the listener in in equal amounts. An exceptional example of 'less is more'. 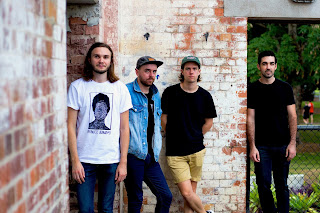 Background promo - After gaining traction with their first single 'Green Light', Brissy boys Future Haunts have done the rounds in the local scene supporting a host of soon to be giant acts, such as triple j attention grabbers Good Boy and Big Bad Echo. With no plans to slow down their momentum the band took to the renowned Plutonium Studios to lay down their latest offering.

'Devon Loch' begins to take shape with an infectiously hooky guitar riff, gradually evolving into a layered arrangement which culminates in an epic rinse out that will turn your brain inside out and make you forget what you had for breakfast.

Future Haunts are only just dipping their toes into what promises to be an entire ocean of opportunity, there's really no stopping them now.

Brimming with Indie Rock guitar hooks and smooth vocals 'Devon Loch' is a potent, breezy and above all, pleasingly energised song.