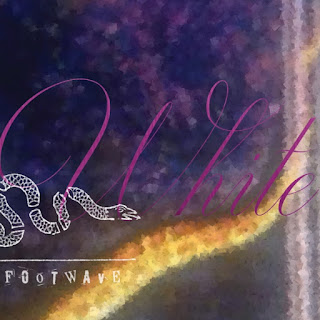 What The Promo Says: This LA-based power trio formed in 2003 by Kristin Hersh and Bernard Georges of Throwing Muses (with Rob Ahlers on drums), was named after the lowest note audible to human ears. The band was intended as an outlet for the noise/math rock pieces that didn't fit the aesthetic of Throwing Muses or Kristin Hersh's solo work. They are known for pioneering the name-your-own-price movement.

The band works with Creative Commons licensing to allow film makers and other artists to use their songs without incurring costs or copyright infringement. Though their records are available for purchase on CD and vinyl, 50 Foot Wave gives away its music free for download and encourages all forms of music sharing. As their records state: "Share This Music - burn it for friends, burn it for enemies - Use It" All those involved with the band donate their time to make this possible. Their most successful and influential release, 2009's Power + Light, is thirty minutes of non-stop music, a barrage of free-form sound that found the band challenging its own complex song structure.

This year's Bath White is their sixth release. Again, they've chosen to work with Los Angeles producer Mudrock, best known for his work with Godsmack. As Mudrock states, "These are the best musicians I've ever worked with, easily the most facile...they're pros and they're good people. 50FootWave is why I do what I do."

Kristin Hersh on the track "Bath White"
"Swimming in Laguna salt water, coming clean, laughing with the kids, etc., I looked down and saw a pretty big (I wanna say enormous, but I’m not gonna) shark, between my toes and the sand. California will do this to you sometimes; catch your breath between spoiling you and inflicting unspoiled on you. It shrinks you to your appropriate size, an un-mattering. Sharks are the matter that matters in that sun-sparkled world. It’s their ocean, not yours.

Anyway, smart people already know that, but I paddled away, pale and embarrassed. And still, pale and embarrassed, I wander an ocean that isn’t mine. Not a lot of choice, really. Maybe something new is on the other side, but I guess none of us’ll know for sure until we finish piling up the new that keeps getting pitched our way here. Ducking or gathering, depending. New can be hard, but together we move forward, backward and in circles, nudged by these suggestions:
1. Don’t hurt each other. If you can’t help, do nothing.
2. And try not to fall for impure when purity is waiting: a rotten apple can’t feed you, a shadow is'nt a person.
3. When the glare of fluorescent human-ness obscures the light of humanity, let it wake you up a little, help sort out your noisy addictions.

One Bath White butterfly is the oldest pinned entomological specimen, the others fly up and over the Himalayas. I’m not making a judgement call here, just saying. Cuz it doesn’t get any better than high on the ground, in my opinion. We don’t get any better than that. Clumsily, sweetly, we surf the sharks’ ocean, fly the butterflies’ sky, but grounded is pretty great. And it’s the only greatness that’s really asked of us."

The title track and the first of six powerful songs 'Bath White' introduces us to a collection of material that is rich in ideas and sounds. There is a raw, pure rock feel throughout, totally unpretentious, at one level the band are seemingly just getting thoughts and feelings out of their system.  That said, on occasions 50 Foot Wave become more musically intricate and vocally more sensitive, however the underlying passion and belief never goes away. Overall this is a massive blast of fresh dynamic rock'n'roll, with a lot of spark.