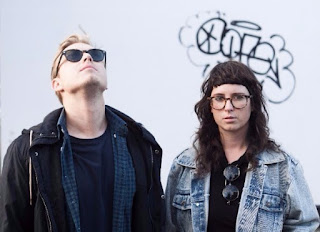 Incredible lyricism is the craft of both singer-songwriters, who have together shaped a spacious, soul-drenched indie-pop song. The song tells the story of a disrupted relationship - exploring the dialogue between a confused, apathetic young man with his head in the clouds and his compassionate but at times over-committed girlfriend. But in the end, an all over sense of unity and strength between that pair is revealed, as they realise they would inevitably be OK.

BANFF says of the song, “When I was initially writing the track, I kept hearing this dialogue between a girl/boy, talking through their struggles and how they were trying to get onto the same page. Insert Caitlin and we began discussing ways we could bring the story of a deluded couple in love to life’.” The track lands ahead of back-to-back BANFF showcases at The Great Escape next week, alongside billings at The French Escape and London Calling festivals and a couple of co-headlines in London and Germany.

'My Love, My Lover' is a really beautiful and melodic duet from BANFF and Caitlin Park. Their vocals seemingly skip around each other, above a sensitive soundtrack. A precious piece of Indie Pop. 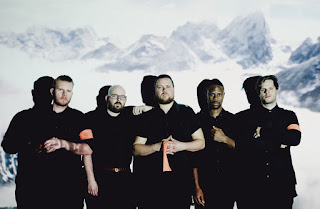 Background from Toronto indie rockers Wildlife - We've returned from the depths of a Canadian winter with our first offering since 2013. Years of touring north america led to our hard-fought first top 10 radio hit, and while this was happening a new album was brewing.

Dead Century is a song about moving forward through lost time; what it feels like to have one foot in an age that no longer exists, and coming to terms with having the other in a world you may never understand. This song is an anthem born from the energy we pour into our live performances, with the added world-class sparkle courtesy of legendary producer Tawgs Salter.

Dead Century is the flag-bearer of our upcoming brand new full length album, due out late summer 2016.

This is a fine rock song from Wildlife. 'Dead Century' has something of an anthem feel to it, with powerful choruses rising above a melodic piece, and a good balance production wise, between vocals and the band. 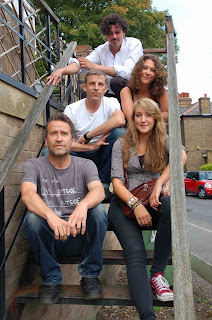 Background promo - Rude Audio are proud to announce their newest Rudest EP, due for release on June 7 through Zirkus Records. Featuring four tracks, this new release sees the band refining their trademark sound, and fusing their love of woozy dub with throbbing electronics.

Crystal Pylon demonstrates Rude Audio’s ability to weave the kind of hypnotic, Balaeric spell that merges an early 90s sensibility with something shiny and new. Knockemdub takes their Radio 6 championed tune Knockemdead, which featured the dulcet tones and melodic sound of rising star Eucalypta LV and rams it through the dubby, smoke filled orgone accumulator that comprises the collective’s hidden studio basement in the backstreets of south east London, to produce a mutant dub monster with half an eye on the appalling political melee that is Britain in 2016. Half Moon Lane Glitter reflects the band's love of short and sweet stompathons – pulsating electronics meet staccato piano, uptown. User taps into their oldest love, crunchy, chugging, dubby analogue sounds, to create something that operates in the hinterland between melodic and relentless.

This DJ and production collective range in age from 19-53 with origins rooted in the gutters of south London and north east England. Historically, they have put on brilliant underground parties, created critically acclaimed electronic music, engineered for top artists and generally popped up at events with an open-minded underground ethos.

To date Rude Audio have three distinctly dubby and balaeric releases, which have garnered radio play and support from the likes of Don Letts, Tom Robinson, Gideon Coe and Nemone on Radio 6, Max Reinhardt on Radio 3, Rob Da Bank on Radio 1 and John Kennedy on XFM.  They have also recently remixed the single Off The Drop for Bedford Falls Players, which is set for release this summer, and have produced music for End Recordings.

Featured track 'Crystal Pylon' is one of four superb tracks on the exceptional 'Rudest' EP. Dubby in nature the music pulses with stunning drum beats and imaginative electronics. The vocals come and go, whilst the music just hammers away, sometimes a little more softly, sometimes demanding you leap out of your seat, wonderful. 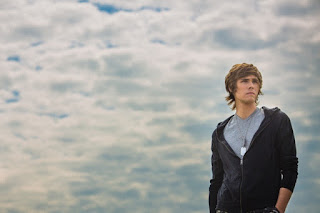 Background promo - The United Skies is the solo project of singer-songwriter Will Sandnes.  Born in NYC, he moved at age 6 to the small farm town of Mt. Bethel. Then at age 16 moved to Minnesota, where he finished high school.  His parents are of Norwegian descent, so growing up Will spent every summer in Norway.  After high school he moved to Bergen, Norway’s second largest city, where he lived for 7 months. All of these different places have helped to form his musical core. It was at a young age that Sandnes first turned to songwriting, as a way to cope with his emotions.

In the last year and a half Will has dug deep into his craft and the result is The United Skies. He took songs that had been written on acoustic guitar and brought them to Los Angeles hooking up with producer Gemini.  A blend of alternative, indie, and eclectic sounds with raw, vulnerable lyrics complemented by catchy melodies. When he writes Will holds nothing back, which is made evident by his highly personal lyrics, taken from his life and experience. One lyric from his song “So Young” sums it up “All my memories fade to melodies.” While listening to The United Skies musical influences from Blink 182, The Early November , Death Cab For Cutie and Lydia can be heard.

I have listened to a couple of songs by The United Skies and both have impressed. With pop vibes 'Red Eyes' has both melody and a notable chorus line. Will Sandnes vocals do indeed suggest a sense of vulnerability, which adds that little something special - it's a fine song delivered with real feeling. 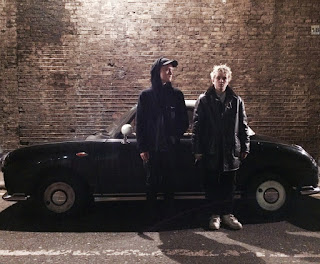 The Jacques - Eleanor Ring Me.

Background promo - Two minutes and thirty seven seconds is probably the perfect length for a pop song. Eleanor Ring Me could well be that song. Revolving around a riff that will stick in your brain, a voice that rasps out the words and a beat that walks along the sidewalk this is the sound of a band about to embark on their next musical journey.

With two critically acclaimed EP's and mini album releases in Japan and Germany, this new song is the band's first of 2016 and was recorded at the legendary RAK Studios, London and produced by Dan Swift. It is released on the band's own label, Vegan Cyanide via The Orchard. Since making their London debut at Hyde Park in May 2014 with The Libertines, The Jacques have been quietly establishing themselves as one of the UK's best kept secrets - playing over 75 shows in the UK, Netherlands, Germany and USA.

Their forthcoming live schedule includes festival appearances at Dot To Dot, Live At Leeds, Kendal Calling, Down To The  Woods, Grillstock Bristol and venturing further afield playing Amsterdam  Damaris and Zomerparkfest in The Netherlands, Antwerp Les Nuits Botanique, Treviso Home Festival Italy and their debut show in Paris, France. Recording has already begun on the band's eagerly anticipated debut album, scheduled for release sometime next year. In the meantime shake your hips gently to the next two minutes and thirty seven seconds of pop history...... Eleanor Ring Me.

The band are gaining a whole lot of attention on the live circuit across ther UK. Raw and feisty 'Eleanor Ring Me' is a punky, indie rock song, which stands out from the crowd. I don't think The Jacques are going to go away quietly, anytime soon.