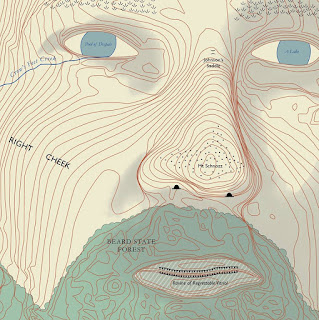 Background promo - Absolute Truth, the long-awaited album from New Zealand-based chanteur Lawrence Arabia, is set to be unveiled come July. The second single ‘Another Century’ follows on from Absolute Truth’s sublime first output, ‘A Lake’. Engineered and co-produced by Mike Fabulous in the Hutt Valley amidst the album’s recording under plastic moulding factory Gyro Plastics, ‘Another Century’ is a contemporary love story like only Mr. Arabia can deliver.

Akin to the quirky epic love poems Lawrence mastered on Chant Darling, the song pairs a knowing nostalgia with a ripe sexual tension to dramatic effect. A shuffling disco beat ushering soaring strings lures the listener in like an expert fisherman before Larry even drops his first line. Always one to cast the mundane in a new light, the song’s opening hints at a crisis of global warming (“It's impolite to say this is the best summer ever/ Especially not in the presence of farmers/ Who're living through disaster”).

‘Another Century’s’ backstory looms large with contemporary anxiety before zooming into sweetly proposing a new era for lovers alone: “...these sun-kissed loves / So doomed and so fragile…  why should we now end this? Just cos the sun's going down/ Just cos the air's getting cooler / I think we're going to be another century.” Mastered by Mike Gibson, featuring Alistair Deverick (Boycrush) on drums and violinists Mahuia Bridgman-Cooper and Jess Hindin, ‘Another Century’ is both sardonic and sentimental, clever and charming, and sure to elate thoughtful feelers and feeling thinkers alike.

Lawrence Arabia’s album Absolute Truth is due for release on Flying Nun on 8 July 2016. Pre-orders are available via Flying Out.

If my memory is correct we featured Lawrence Arabia a few years back. Anyhow as soon as his name appeared on my inbox I was keen to listen, and as it turns out, rightly so. 'Another Century' suggests we are in for a good album next month, beautifully produced both vocals and music complement each other, in what is a pleasing upbeat song. 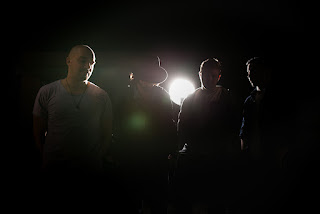 Background promo - The Talentless is a Melbourne based music project started and lead by Rob Bennett. After years of writing and playing in and around the nooks and crannies of Melbourne’s live music scene, Rob decided it was time to draw the line. He decided it was time to dive deep back into the hibernation of his writers cave, otherwise know as his garage.

Rob created an array of songs that have mingled flavours of Alternative Rock with sprinkles of Pop. Recorded by Arik Blum and mixed by renowned engineer Scott Horscroft (from EMI and The Grove), the songs range from moody ballads with theatrical piano lines, to intricate guitar rockers driven by an often pulsing rhythm section.

Rob began looking for musicians to transform the studio recordings back into a live soundscape. To do so, Rob enlisted Drummer Evan Lineham, Bassist Dave Seedsman and guitarist Chris Kenworthy. This project would come to be know as The Talentless. The first single from the forthcoming album is “Mr Losemore”, a song that lyrically is a very real story of a man named Andy Losemore that Rob cared for during a three year stint doing disability care work.

“The song in a way is tribute to Andy... a man that was a past alcoholic, ex-drug dealer/bikie, who late one night in Richmond in the late 70’s stumbled out of a bar stoned and drunk into oncoming traffic. This tragic incident shaped the rest of his life, however, despite been crippled for life both mentally and physically, it was the constantly joyful person that he somehow managed to continue to be, that inspired the song. It was his amazing ability to simply keep smiling, which made me put pen to paper,” says Rob on the creation of the track.

But why the band name “The Talentless”? - The answer: “Simple, we don’t believe in talent...what we do believe in, is hard work and hours and hours spent practicing and honing your craft, whatever that may be...but ‘Talent’, well thats a word we feel is thrown around by people who admire someone for what they do but have never been willing to take the massive action, often over a long period of time, to develop that skill within themselves. We're not gifted or special, we just work our butts off because we love making music!”

'Mr Losemore' tells a bitter sweet story, and is a gorgeous song. Having taken on board the bands view on what talent may (or may not be), let's say that it is clear they have worked hard and sharpened their skills, it's another must hear again song. 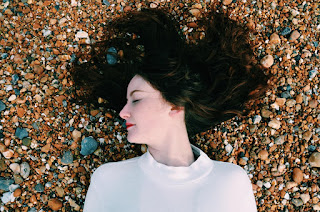 Background bio - Creative polymath Scarlett Saunders is an old school artist. Kickstarting her days by painting on foraged wood, she then makes her way to acting school for a twelve hour stretch before going home and working late into the night by channelling her remaining creative energy into wonderfully poetic pop music. For Scarlett, all mediums of creativity reflexively bleed into her work.

Music is one of several mediums open to her, all of which are tended and watered with equal dedication. Her fixation with art stems not from any ego-flattering preoccupation with being an artiste or celebrity. She entertains no highfalutin dreams of top 40 stardom. Instead it stems from something much purer; a driving need to express herself purely to entertain and enrich her life. Growing up in a house where her mother didn’t believe in TV or games as a form of entertainment, she would sing or read to occupy herself. The result, as manifested in her music, is a close emotional connection to her subject matter. Music and lyricism are as natural to her as eating or breathing. On her debut EP ‘Blue Again’ she goes some way to prove that, producing four graceful and lyrical compositions that explore human relationships and remembrances. With writing as concise and direct as hers, all the world will surely be her stage.

About Blue Again - Poignancy simmers beneath ‘Blue Again’, the new EP by Felixstowe (England) artist Scarlett Saunders. On the one hand it’s a pop record - the immediacy of the music makes this much obvious. On the other, it’s something literary and harder to define; a probing exploration of love lost and time passing. It’s a record that is just as much at home in a casual pop lover’s library as it is in the most zealous followers of leftfield music.

'Windmill' is one of four delightful and individually distinctive songs on the new EP. The gentle, understated music allows Scarlett to demonstrate her fine vocals to the full. It's hard to pigeonhole her music, whatever the definition, this is one very good set of songs.