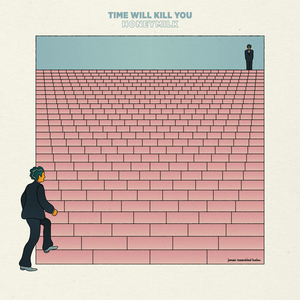 Honeymilk - Time Will Kill You.

Background words - Honeymilk, based in Stockholm, Sweden, is seven years of friendship originating from episodes of police dogs, speakeasies in scout cabins, a spontaneous boat ride to Gotland, stolen exes and vandalized scaffolds - and music as the only life support. Thats why it comes so natural that the band Honeymilk is no more, to instead turn into a duo. Not like Bobbysocks or Japandroid, but more like Milli Vanilli or Foxygen.

The new era in Marcus, Nikkis and Honeymilk's lives starts with three new singles. The songs are written, grown and recorded by Marcus and Nikki themselves, with help from a group of blumbers and friends. The first track to be released is "Time Will Kill You", out now!

Honeymilk previously released an album and an EP being hailed by Q Magazine and Music Week among others, and already done several UK-tours. The latest single was a duet with De Montevert, produced by Mats Björke (Mando Diao).

'Time Will Kill You' is my personal introduction to Honeymilk and it's a good one, despite me being rather late to the party. The guitar alone hooked me in & everything else is just so cool and re-playable. 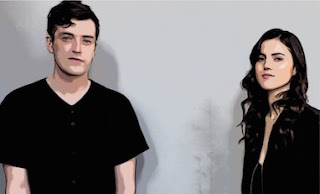 Vogue Dots - If You Stay.

Background info - Vogue Dots is a collaboration between producers Babette Hayward and Tynan Dunfield. Formed in the nadir of winter, their songs juxtapose pastoral sensibilities with busy, precise pop.

Producing electronic fixations with surrealistic edges, the result of Vogue Dots’ dynamic is nocturnal; filled with swooning emotion and throbbing with meticulous layers of dark, beautiful noise. Their music is a controlled catharsis - melancholic melody contradicted by glossily sunny tones.

The experimental-pop duo, create dreamy melodies which have been compared to MS MR, Beach House and Purity Ring.

'If You Stay' is one of three well crafted and contrasting tracks on the current EP. It's an assortment of dreamy and synth orientated music, with seductive vocals that glide soothingly above the soundtracks. The comparisons above are merited, as is the description of their music.