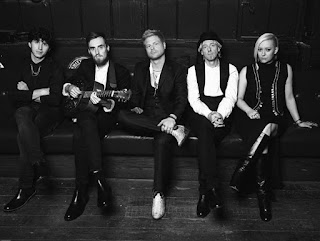 Background - Curse Of Lono was formed in London in 2015 by singer Felix Bechtolsheimer following the breakup of British roots pioneers Hey Negrita.  The five-piece have been busy recording their debut album with producer and Boxed In front-man, Oli Bayston. What started as a casual jam with a few friends quickly yielded a stunningly cinematic record, with the dubut EP due for release this October.

The band have also created 'The Doghouse Sessions' and will be releasing one each month, Felix explains:

On April 10th we invited our friends form Ont’ Sofa into ‘The Doghouse’, our rehearsal room in London, to record and film us for an afternoon. We wanted to capture what our songs sound like when we’re playing them live in the room where we get together every week and where many of them were conceived, with no overdubs or studio trickery. We managed to get ten tracks down and we will be releasing one of these a month for the next ten months as ‘The Doghouse Sessions’.

'Five Miles' is pretty representative of the quality, craftmanship and hook laden, alt rock music Curse Of Lono create. The Doghouse sessions are going to be a real treat by the look of things and we will dip in and out of them on BeeVids, starting with the song 'London Rain'. 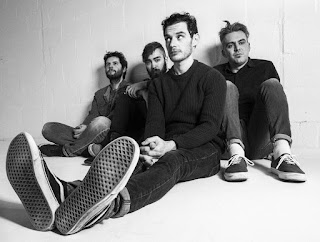 Black Surf have an unusual backstory having formed in 2014 through the wonders of FaceTime and Dropbox. The fruits of their exchanges between Leeds, UK and Sydney, Australia have come to form their debut EP Let’s Pretend It’s Summer, recorded at Greenmount Studios (The Cribs, Pulled Apart By Horses, The Vaccines).

Black Surf specialise in the kind of fuzzed-up, adrenaline-shot indie-rock that’s straight to the point and doesn’t outstay its welcome. The reckless pace of new track Sink’s synth-flecked bubblegum buzz is matched only by its enthusiasm and wild abandon. Talking of the track, vocalist Ali Epstone says;

"Sink is essentially a song about the conflict and battle of harnessing the stillness within us, in this fast-paced whirlwind of life. We have become Human-Doings and lost sight of the Human-Being. Most people are experiencing either attraction or aversion in any given moment, either wanting to be somewhere else for pleasure or relief in the future or stuck dwelling in the past. Being present, finding peace in the space between the constant need for sensations in this day and age can be a rarity, so I wanted to document that in some way and spread the love maaan."

As the song winds up to start, you are right to expect an explosion of musical pleasure and 'Sink' delivers. Surf Grunge is an apt description, however the energy and emotion really carries the song. 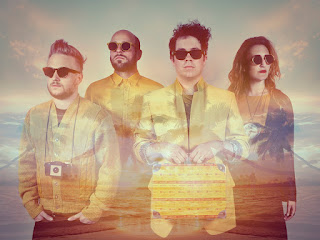 Background - For such an ostensibly uncomplicated song, Alphabetic’s smooth new single ‘French Boyfriend calls to mind a veritable trove of melodies and feelings, some contemporary, some classic. The lead single to their debut album Touch (released July 15) features velvety riffs and chords that hint at a musical affinity with the luxurious side of pop music, perhaps a nod to The Cure. But lyrically the song is creepy and voyeuristic - a kind of modern retelling of the Talking Heads hit ‘Psycho Killer’ without the murder. Guitarist and co-vocalist Walter Heale’s verses project him into a car outside an ex-beau’s house in Paris wondering ‘what’s so great about french boys anyway?’ as he sees her going to bed with another man. Rebecca Lever's charming voice (lyrically in character as the object of his affection), rebukes him as she thinks ‘about calling the police again’. Fun and totally flippant, it’s also a love song to Paris - a city which the band hold dear in their hearts, and listening to the buoyancy of the music, it’s also an influence which seems to have seeped into the cracks of their songwriting.

The seeds of Alphabetic were first sown when Raph - bassist and producer for upcoming debut album Touch - took a break in the Caribbean after a long stint on the road. Upon deciding to get together his teenage jam buddies they set about revisiting some of their old songs as adults. Though they reside in London, Alphabetic have always been rootless. The first time they made music together was in the mountains in Italy - in a rented house almost getting snowed in. But three weeks later they emerged with the seeds of an album and a live set. Their first rehearsals took place in a converted barn out in the countryside before they relocated to studios around London. Alphabetic’s music resists categorisation - as at home on the dance floor as they are in headphones, they evoke the art-school eccentricity of timeless groups like Talking Heads and Roxy Music, but they also belong firmly in the present. Their playful lyricism and musicality calls to mind LCD Soundsystem while their smooth and bright sensibilities achieve a similar end to the critically overlooked Talk Talk. In a nutshell, Alphabetic are experimenters, and they aren’t beholden to space and time. With tunes as colourful as theirs, today’s often monochrome indie scene gleams that much brighter.

'French Boyfriend' is melodic and rather catchy. Musically it's bright and breezy and the vocal interplay works a treat. It's a good taste of the album, in as much that, this is the quality of music to look forward to.