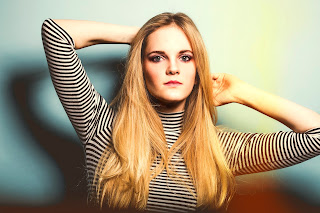 Background bio - Lio Nicol is both sage and sass. With honest yet quirky lyrics, she has found a way to reflect her sense of humor while maintaining her grace, setting her apart from other singer-songwriters.

After a few semesters of studying biology at the University of Montana, Nicol left her hometown of Missoula and relocated to California in 2010 to pursue a career in music. A talented pianist and guitarist, Lio Nicol has found her greatest passion lies within songwriting. Inspired by the legendary Diane Warren, Nicol’s songwriting is a reflection of her thoughts, heartbreak, and love. Her powerhouse vocals and catchy indie-pop melodies have led to her being describes as an early Mariah Carey meets Florence and The Machine.

Lio Nicol has toured and recorded with some of the industry’s top musicians as well as Grammy award-winning producers. She has performed all over North America in a variety of concerts including the Dragon Boat Festival, Durango Expo, House of Blues San Diego, The Mint in Los Angeles and many others. Music fans have recognised her 5-octave range and impressive stage presence and continue to come back to her shows again and again. Website here.

Lio Nicol has a very melodic and attractive voice, that is accompanied by a bright and synthy backdrop, making 'Blame' one very catchy song, with hooks here, there, and everywhere. Pristine indie pop! 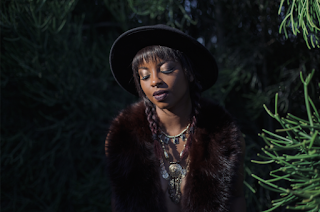 Background - Spinning a web of downtempo beats, ethereal orchestration, and a powerfully pure vocal style, Shaprece - flanked by producer IG88 and orchestral arranger Phillip Peterson - has become a recognized name in the recent scene of forward-thinking R&B. She has garnered early support and mentions from KEXP, SPIN, The New York Times, Revolt TV, City Arts Magazine, and many more. Her upcoming debut full length album Coals is set to solidify her as one of the most engaging artists of her genre.

Shaprece's introduction to the world was the 2014 releases of the 'Tell Me // Her Song' split single, and her critically acclaimed 'Molting' EP, which spotlighted her wide range of influences, from Björk to James Blake to FKA Twigs, and laid the foundation for what's to come. 'Coals' is a natural progression but a major step forward in style and substance. The album, which she debuted in full at a live listening with the Seattle Symphony, will feature 11 tracks mixed by Kyle Ross (Kanye West, Zayn Malik, John Legend) including the stand outs "Unwind" and "Send Down Your Love."

Coals is one extremely fine album. 'How Are You' is but a hint of the beautiful and imaginative ten songs that make up the album. Vocals are exquisite and the musical arrangements are sensitively created, as they defy genre identity, and wallow in originality. The songs are awash with imaginative ideas, and  melodic and atmospheric vibes flow throughout. A simple equation: Like featured song = Get The Album (asap). 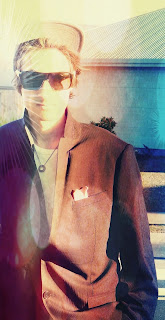 Background - Hot off the heels of his debut single ‘Beautiful’, Adrian J  is back! And he’s bigger and better than before. The drop of his new single ‘The Heartbreaker’ was completely unexpected….but the hype already booming over this new bombshell of a song is smashing through the roof.

Produced, written, and recorded by the man himself, if this is anything to go by, we can be expecting great things from his forthcoming EP release in 2017. With a second single under his belt, scheduling of one-night gigs and performances will be underway, perhaps bringing it home at the Oxford Art Factory in Sydney…a fitting tribute to come back to the place where he was born.

Choosing to steer clear of conventional musical writing, both structurally and lyrically…this is ground few dare to tread on. But man does it pay off! And only something that Adrian can pull off, and do it so well.

In today’s music, it’s often hard to really understand the message of the song you’re listening to…if there’s any message at all! But the message in this song is so in your face…it’ll reach out and slap you! My one and only complaint…is we don’t get the girl’s name! Who wouldn’t want to see what The Heartbreaker looks like!?

‘The Heartbreaker’ is an outstanding performance, and wherever Adrian is performing live.. you won’t want to miss it! This is definitely going to be one of the highlight songs of Spring, heading into the Summer. The Heartbreaker’ will be released 11th November 2016. Facebook here.

With distant vocals and a funky emerging beat 'The Heartbreaker' quickly builds into a flowing and powerful indie rock piece. Add in some soaring guitar work, that interchanges with the vocals and the hooks are everywhere! 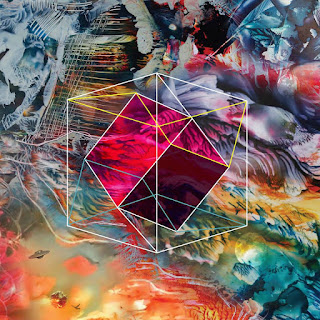 Background - "A deliciously original 4 piece band from the Midlands combining melodic boy/girl Harmonies to a funky back beat with a hint of Jazz and a small dose of rock and pop. This is exactly what I'm talking about when I say in order to stand out from the rest bands need to push the boundaries and experiment with sounds, textures and genres to create and produce their own individual signature sound and Venkman do this just perfectly" - David Durant, Brooklands Radio.

Midlands four-piece Venkman have appeared on BBC Radio both in England and Scotland. Alongside coveted slots on BBC Introducing, the band has played with Carina Round and caught the ears of several respected music blogs.

Regarding the new songs & according to their Facebook page they have "finally pulled our fingers out and finished our next release split single Thunder Thief / Some Rainbows available to buy on 14th November. Massive thanking yous to all involved. featuring a chorus of Ali Miles, Andy Crowder, Greg Haines, Rob Allen, Rob Taylor and the piany skills of Alan Baker, Trumping by Dave Boraston". Facebook here.

One of two songs due for release 'Thunder Thief' mixes a clever and funky beat, with some wonderful vocals. Put together with the accompanying and feisty 'Some Rainbows', and we have a double helping of wonderfully hypnotic and play again songs. 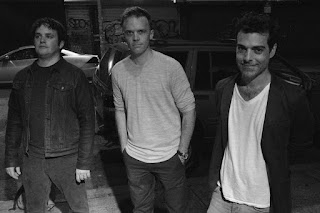 Background - Del Caesar’s new single “I’ll Bet” is released ahead of the bands EP 2, that will be coming out on November 11th through their imprint, Reheated Spaghetti (here).

“I’ll Bet” follows the EP 2’s previous two singles, the raucous lead single “Like They Always Say” and its follow-up, “Lie To Me”. Recorded straight to tape, the EP embodies riff-driven, upbeat garage rock, snarling in a way that betrays some swagger, but never hostility.

Del Caesar has mastered the art of writing irresistible hook-laden songs that feature riffs that’ll get stuck in your head for days, and puts them squarely at the forefront of the garage-psych renaissance… any of the songs on EP 2 sound like they could’ve been recorded last month, or in 1965. Facebook here.

The raw and timeless garage rock feeling continues with 'I'll Bet'. Having featured the last song just over a month back, Del Caesar's latest offering is from the imminent EP2 release, comprising of four wonderful rock'n'roll tracks. 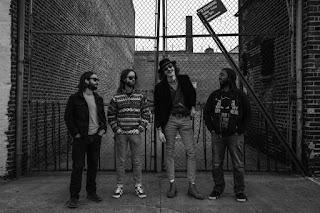 A Valley Son - Lights in the Sky.

Background - A Valley Son, are a great new indie alt-country band based in Brooklyn who will be self-releasing their debut Sunset Park EP on January 27th. To start, they are kicking things off with the EP’s propulsive, harmony-laden lead single “Lights In The Sky”, which'll get stuck in your head in the best possible way.

As a band that is barely a year old, this collection of songs is simply a starting point for A Valley Son (whose name comes from the title of a deep cut from Grandaddy’s catalog), but it’s a strong one. Much like their home base of New York City, the group is an anomaly, comprised of three Southern transplants that grew up on Stax and Motown, and one Yonkers-born Gospel drummer turned bassist.

After seeing a generation of bands seemingly value aesthetics over substance, the four members vowed to make music that strips away all of the unnecessary decoration and puts songwriting, emotion and raw musicianship back at the forefront, and their debut EP Sunset Park does just that. The bands’ Southern gothic-inspired, harmony-laden, soulful rock & roll aims to invoke a Sunday service as much as it does a barroom, and the stories the songs tell are no less truthful and honest than the playing. Facebook here.

One of six songs on the debut EP 'Lights in the Sky' is surrounded by equally strong contenders within the collection. The mixture of alt rock and Americana (via southern rock and everything between!), is delivered with passion and sounds so tight, it's hard to believe they only been together for a year or so. 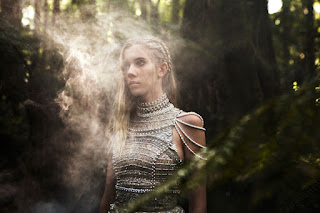 Background - Woodes is the moniker for the 24-year-old Melbourne based producer, singer and songwriter, Elle Graham, whose quick ascension into the limelight has caused many a head to turn.

In 2015 her collaborative project with producer Elkkle, garnered instantaneous praise across the radio and blog-o-sphere in Australia as well as internationally. The singles, 'Muddy', 'Cocoon' and 'Flash Mob' were added to community radio across Australia including triple j, won the coveted title of ‘Unsigned Artist of the Week’ by FBi, as well as being featured by Spotify in their coveted ‘Spotlight Australia and New Zealand Playlist. 'Flash Mob' was revealed as one of the top 25 songs most played songs in 2015 across triple j unearthed radio.

In 2016 Woodes released her debut solo single 'Daggers & Knives' which has over 300,000 total plays and it’s been added to rotation on Australian radio; triple j unearthed, FBi Radio, SYN, profiled on Spotify Australia and added to rotation on various US college radio stations. The track was featured by online tastemakers, including Indie Shuffle, i-d mag, Purple Sneakers and Pilerats.

Her recent single 'The Thaw’; another powerfully beautiful track, which combines her poetic lyrics with a textured production has been added to rotation on radio; triple j unearthed, FBi Radio and profiled on Spotify Australia, Spotify Norway, Spotify Deutschland and Spotify Finland as well as debuting at #12 on the iTunes Norway Alternative Chart. Woodes is currently collaborating with local and international artists including Kilter, Milwaukee Banks, Set Mo, Kintaro, FØRD and Golden Vessel. Website here.

From her recently released EP, latest single 'Rise' is our third song feature for Woodes this year. The understated soundtrack again allows Woodes vocals to carry the melody and atmosphere, something she has now ably demonstrated she can do, and to a very high standard.