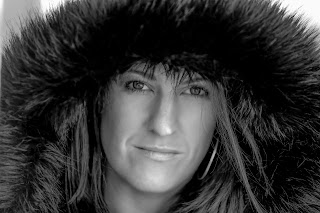 Ping - Something Worth Saving.

Background - Something Worth Saving is the first single from Dublin singer Ping aka Ingrid Madsen.

Whilst the name might be new to people, her voice certainly won’t be. Not long after being a contestant on The Voice of Ireland, Ping was asked to join the Dublin Philharmonic Orchestra on a sold out 10 week tour of the USA on their “Women of Ireland” project. Since then she has been performing constantly throughout Ireland enhancing her reputation as one of Ireland’s finest vocalists.

Written by PictureHouse songwriter Dave Browne with Lasse Anderson and recorded between Dublin and Sweden by Adam Kviman (Eagle Eye Cherry, Jewel, The Wannadies et al) the track will be released via PHRC on November 25th. Facebook here.

'Something Worth Saving' is a pleasing pop ballad that gives Ping the perfect opportunity to showcase her melodic and engaging vocals. For me it's a real sense of emotion that brings the song to life and gives it enough edge to stand out. 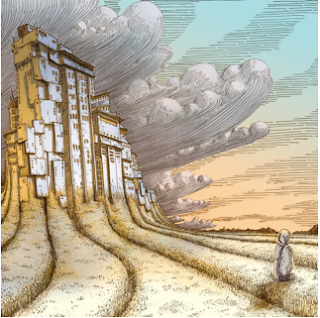 Background - Blending disparate influences such as Arthur Russell, Caribou, Warpaint and Grizzly Bear into a cohesive yet left-of-centre sound, new Oxford quartet Low Island are set to release their self-titled debut EP this January on Kobalt Music.  They preview the EP’s release with their debut London show at The Sebright Arms on November 28th.

Although still in their early twenties, Low Island share a rich and varied musical background which informs their current synthesis of styles. Carlos (vocals/guitar/keys), Jamie (vocals/guitars/keys/electronics) and Jacob (bass/keys) first played in an alt-rock band together in their teens while Carlos and Jamie also embraced dance music with some success: they held a residency at The Warehouse in Leeds; DJed at festivals such as Glade and Gottwood; and their original productions received Radio 1 airplay.

Drummer and percussionist Felix adds another dimension to his bandmates’ background in live bands. In addition to touring with the Grammy-winning jazz/rock/soul fusion collective Snarky Puppy, Felix has also performed with the band’s founding member and pianist, Bill Laurance.

Carlos and Jamie discovered Low Island’s sonic style while working on a score for a play. Together with their long-time collaborators Jacob and Felix, they continued to explore their possibilities in their garage-based studio, a space they have filled with electronic, acoustic and found sounds. This combination of elements provides the foundation for their first EP, which was entirely self-produced. Facebook here.

The gentle and bright vocals fit so well with the developing soundtrack of 'Anywhere'. Melodic, very well crafted and produced, the song builds in power without losing any of the clarity and hooks. 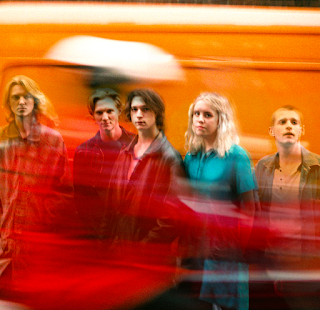 Background - White Room have announced the upcoming release of their brand new single ‘Stole The I.V.’, a full throttle, lung-bursting, rock n’ roll anthem that’s sure to propel the Brighton outfit to ever greater heights over the coming months.

With an impressive summer of festival appearances under their belts, including performances at Isle Of Wight, Reading & Leeds and Dot To Dot alongside the likes of Black Honey, The Vryll Society and YAK, the five-piece regrouped in the studio with esteemed producer Adrian Bushby (My Bloody Valentine, Muse, The Maccabees) to record another blistering number that serves as a real statement of intent going into 2017.

The quintet’s rapidly developing live reputation has already earned them plenty of plaudits across the country, and this latest psychedelic-tinged effort showcases frontman Jake Smallwood’s incredible songwriting prowess amongst a sea of soaring guitars and killer riffs that hint further at their exciting potential.

Recorded at Vada Studios and produced and mixed by Adrian Bushby. White Room’s Stole The I.V. is released on 18th November and will be available via Spotify, iTunes and Apple Music. Website here.

With a confident and powerful musical opening 'Stole The I.V' comes further to life as the perfectly matched vocals take hold of the song. There is that timeless feel with the track, which indeed does build into something of an anthem as mentioned above. Whats more it's very catchy and should get noticed. 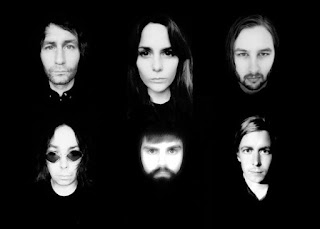 Background - On 11/11, Bergen, Norway-based band The Megaphonic Thrift will release their album Få meg til verden i tide via Old Flame Records.

Earlier this year, the band won a Spellemann Award (equivelant of a Norwegian GRAMMY Award) for best indie album. Få meg til verden i tide is The Megaphonic Thrift's fourth album, and it's the band's first to feature lyrics in Norwegian. Much less guitar orientated than previous albums, Få meg til verden i tide is filled with synthesizers, and it's their first with new collaborators Njål Paulsberg (neo Tokyo/Young Dreams) and Emil Nikolaisen (Serena-Maneesh).

"The four members in Megaphonic have become more unison for each record we’ve made together," says guitarist and vocalist Richard Myklebust. "After the third record, making new music felt like giving each other a hug. We wanted to bring in someone who had a more radical approach to making music. We needed disagreement, and boy did we get it."

A lot has happened since the summer of 2015 when The Megaphonic Thrift filled a car with synths and boxed wine, isolating themselves in a cabin far up in the Norwegian desolate mountains to write what would become Få meg til verden i tide.

"We thought we were just heading into the studio to make the final adjustments and thought it was going to be easy. All the songs were ready. It didn’t turn out easy at all," says bassist and vocalist Linn Frøkedal. The band describes the studio process as a long road trip, where a new driver can take the wheel at any moment. "Nikolaisen is based in Oslo (on the other side of the mountains), and guitarist Clementsen was on a Japanese tour with his other band Electric Eye, so sketches and new ideas were thrown back and forth on seemingly endless mail threads," says guitarist Njål Clementsen. "This record is proof that it is possible to make a really cool record in a really hard way. It doesn’t have to be easy!" Website here.

'Pilene' is a dreamy indie rock song, where the vocals are smooth and atmospheric (whatever the lyrics might be), and the crisp musical backdrop adds melody and depth. I have heard it said many times, that your native language, is the language of your heart, which might explain the passion and feeling that comes across in this song. 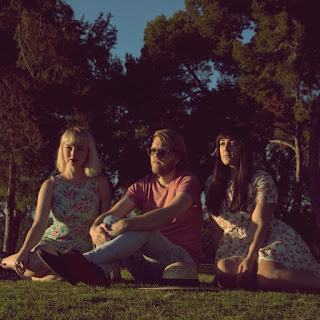 The San Diego trio Soft Lions was dreamed up by songwriter Megan Liscomb (guitar / vocals) in 2013. She is backed by Jon Bonser (drums) and Ana Ramundo (keys/ vocals). The band has previously been described as post riot-grrl, noise pop, beach grunge, or psychedelic garage rock.  On their latest release XOXO, they lean a bit more into a punk style, while staying true to their weird garage roots. Influenced by bands like Blondie, Modern Lovers, Jesus and Mary Chain, and Alvvays, Soft Lions love blending vintage sounds together to create something fresh.

XOXO was recorded at Tiny Telephone in San Francisco, with John Vanderslice as the producer and engineer. The band met him previously on tour, and knew instantly they wanted to work with him at his all analog studio. The result is a more confident and refined version of what the band did on last years Spellbreaker EP.

The songs are a pathway for Liscomb to lay out lyrics that are both intensely personal and deeply relatable. In these songs, freeways and city streets become surreal emotional dreamscapes set to jangly guitars and keyboards. Tracks on the new EP deal with everything from a friend break-up, objectification and catcalling, coping with depression, and falling in love. Website here.

One of six songs on the 'XOXO' EP and 'Digital Girls' gives a good feel for what the collection of songs are all about. Comparisons with early Blondie music is perhaps inevitable, however I think Soft Lions have a more gritty and stripped back, natural feeling going on, in effect blending old and new sounds, as they set out to do. 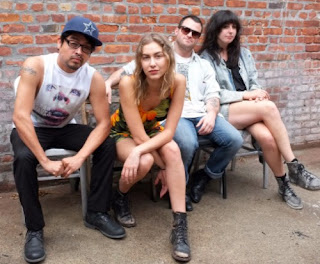 Background - Brooklyn-based punk-pop band Rosebug share their debut single,"I Am the One". Their debut LP, Worst Way out November 11th via Dazzleships Records, is thirty minutes of distress and pretty petulance wrapped up in a bow. The great thing about Rosebug, though? They’re in on the joke. By the time the words find the music, lead singer Becca Chodorkoff is already over it. Or, at the very least, she wants you to think that she is.

Worst Way was produced by Miles B.A. Robinson at a Bed-Stuy studio called The CRC. The space is owned by indie darlings, Chairlift, and frequented by the likes of Dev Hynes and MGMT. Rosebug's current line-up consists of Becca Chodorkoff (vocals), Chris Nunez (guitar), Tarra Theissan (bass), and Drew Adler (drums). You’ll want to get to know this band, because, with Rosebug, it’s fun to be sad. Website here.

One of nine engaging songs on the forthcoming album and 'I Am The One' is a hint of whats in store. The band mix melody, punkier vibes and some fascinating lyrics. Sometimes a little gentle and occasionally quite potent, the mixture really works. There is no padding with this album, it's thirty minutes of honest music, which does for me!