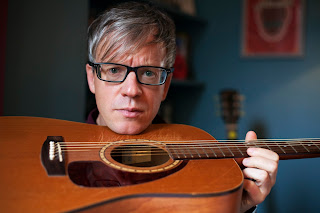 Background - Matt Tiller releases new single Flat Packing Anger Management - a melodic indie pop tune about the despair of the emasculated modern man attempting to assemble flat pack furniture while his more competent girlfriend despairs. It’s a duet with singer and actor Diana Vickers who also stars in the video with actor and comedian David Elms. The single is released on all digital outlets and is taken from a short album about stuff.

Matt is a musical comedian (live dates below), writer and television comedy producer behind shows like BBC Two’s Hebburn. He blends musical one-liners, songs and stand up and has won audience appreciation and critical acclaim in clubs and at festivals nationwide, including the Edinburgh Fringe. Website here.

'Flat Packing Anger Management' is a delightful vocal duet and melodic indie pop tune. Comedic angles aside this is a very likable song. It was many years ago that I swore I would never use flat pack furniture again, still it's interesting to know the domestic angst such products still cause.... 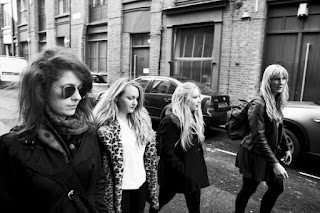 Background - The Franklys play a mixture of garage, heavy rock and punk and provide their audience with an action packed live show full of energy, frenetic guitar riffs and a swarm of blurred hair. Their debut album will hit stores in spring 2017, and until then they are going out to do what they do best, with the promise to those attending the Airbourne dates to “expect some bad neck-pains the day after from waaaay too much headbanging”

To celebrate the tour, The Franklys release the first single from their forthcoming debut album; the frantic and blistering ‘Castaway’.

“We have finally managed to transfer how we sound live on to a record. We have worked with plenty of different engineers and producers in the past, but no one has really been able to capture the rawness from our live show.”  Recorded and mixed with producer Sean Douglas, the result is thrillingly clear and direct. Facebook here.

No nonsense rock'n'roll comes belting your way with 'Castaway'. The Franklys have the chemistry, the melody and the power, all wrapped up in just under three minutes of sonic pleasure. 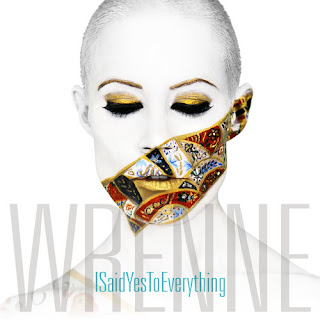 Background - “ISaidYesToEverything’ is  the debut album from Utah-born, Midlands-based, Post-Mormon-Disney-Punk Wrenne. This highly original UK artist’s first collection is a blend of thoughtful old-skool pop and soaring electronica - a classic voice with a wholly contemporary sound. Collaborators include superstar Idris Elba on “Come Alive” and producers such as Marius de Vries (Björk/“LaLaLand").

Wrenne’s featured guests are as diverse as Gary Clark (Danny Wilson/“Sing Street”), Lanterns on the Lake’s Paul Gregory, 5xGrammy-winning vocalists The Swingles and living legend, saxophonist John Altman. She is blessed with some extraordinary friends and fans.

You’ll hear why on ‘ISaidYesToEverything,’ released on November 11th via LoEx Music and Believe Digital, which also contains a thrilling update of Joan Armatrading’s classic “Love and Affection.” Facebook here.

'Hope' is built around Wrenne's melodic vocals and a smooth and slowly developing electronic soundtrack. Just as I think that's about it, the vocals go somewhere wonderful and the song explodes onto another level, superb. 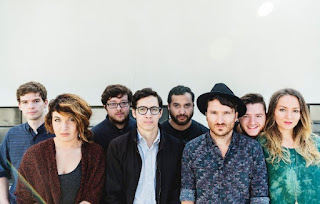 The Pinkerton Raid - Ghost In My Bed.

Background - The Pinkerton Raid has just released their gorgeous new track, "Ghost In My Bed," from their upcoming record due out in early 2017 titled Tolerence Ends, Love Begins. The group totes rich harmonies and textured instrumental arrangements, with stunning, intricately crafted pieces. They’ve played festivals across the Eastern and Midwest US and have shared stages with David Wimbish & The Collection, Lowland Hum, Noah Gunderson, Denison Witmer and The Soil & The Sun. With two critically acclaimed records in tow, the band is set to take the world by storm on their upcoming release.

Siblings and co-lead singers Jesse and Katie DeConto are deeply involved in Durham, N.C. Jesse is an author, songwriter, and founder of Durham County Beer & Hymns at Fullsteam Brewery. Katie nurtures creatives as co-founder of Mercury Studio and The Makery.

Recorded with Mark Simonsen (The Old Ceremony, Dead Tongues) and Thom Canova at Mitch Easter's Fidelitorium and at Studio M in the spring of 2016, Tolerance Ends, Love Begins is a story of broken love and resurrection, their most hopeful collection to date. Bandcamp here.

Something of a simmering power permeates through the beginning of 'Ghost In My Bed'. The musical arrangement is top quality allowing both vocals, harmonies and instruments to come together with clarity. It's also a restrained anthem of sorts, again where melodies and textures, are allowed to shine through.