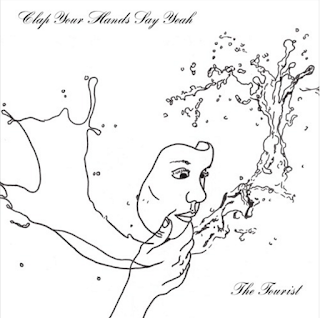 Background - Clap Your Hands Say Yeah’s 2005 self-released debut album set a precedent for how bands might begin to approach making music independently. The record — which vocalist/multi-instrumentalist/songwriter Alec Ounsworth wrote entirely by himself— received widespread critical acclaim and was named one of “The 50 Most Important Recordings Of The Decade” by NPR.

Like previous Clap Your Hands Say Yeah records, The Tourist nods to Ounsworth’s musical heroes—a group that includes artists such as John Cale, Robert Wyatt, Tom Waits and Nick Cave. However, this album also shows a natural progression from previous records. “Better Off” and “The Vanity Of Trying” are lush, keyboard-augmented songs, while “A Chance To Cure” and “Ambulance Chaser” are rhythmically askew, and the sighing “Loose Ends” is delicate, acoustic-based folk-rock.

No matter what the style, however, The Tourist‘s arrangements are laser-sharp and deliberate, without feeling labored-over. For example, “Down (Is Where I Want To Be)” combines piano flickers with anxious keyboards, gnarled electric guitars and teeth-baring drums—but yet feels cohesive, not chaotic.

The Tourist emerged from a period where Ounsworth was doing a lot of intense soul-searching, and processing personal events that irrevocably shaped his life and future. But although most of these songs came together during this time of reflection, he considers the record to be cathartic—an exhale of sorts, rather than a collection of songs where he was indulging in self-pity or letting things stagnate or fester.

“The album was a type of purge,” he says. “A purge of certain emotional confusion that manifested itself in the last several years. It was not an easy album to make, by virtue of the fact that it was an emotional time for me.”

Having that space and freedom to explore as part of Clap Your Hands Say Yeah is crucial to Ounsworth and a vital part of the band’s identity. As anyone who’s seen him perform a living room show will attest, this mindset also often results in songs with dramatically different arrangements. But as a musician and leader of an independent project, Ounsworth prides himself on honesty across all aspects of the band, from live performances to the studio. Website here and Facebook here.

Clap Your Hands Say Yeah are one of those bands where the wait for new material always seems worth it and 'Fireproof' suggests that remains the case. As for the song well in part it's a juxtaposition of being understated and gentle, whilst the rhythm is funky, fresh and energised. What's more the arrangement is just right for the thoughtful lyrics and there delightful delivery. 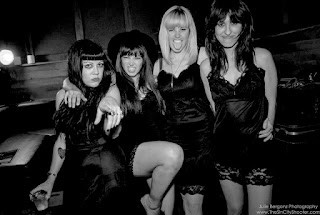 The Darts - Running Through Your Lies.

The band formed in early 2016 when, after watching each other’s bands from the sidelines for years, Nicole and Michelle realized there was no good reason why they shouldn’t just start writing songs together already. With six songs ready, Rikki and Michelle recorded their tracks in Los Angeles and then Nicole and Christina tracked their parts in Phoenix. Arizona producer Bob Hoag then masterfully stirred the mess together over a piping hot console. The results are two smoking 10” vinyl EPs full of garage riffs, girl-group harmonies, fuzz bass, farfisa organ, badass drum fills, and all-around lo-fi-turned-hi-fi goodness.

Soon after their October 2016 release, the singles “Running Through Your Lies” and “Revolution” enjoyed instant radio airplay and  “Take What I Need” was selected by Sirius/XM’s Underground Garage channel as “The Coolest Song In The World 2016.” The band played its first live show in October, 2016, and signed with London’s Dirty Water Records shortly thereafter. The Darts will tour across the southern US in January 2017 with Oakland’s all-girl rock duo Steel Cranes, and then… The Darts will invade Europe on tour in May 2017. Bandcamp here, Facebook here.

The first of six tracks on the EP and 'Running Through Your Lies' immediately lets the listener know that The Darts have some real depth to their music. Mixed with more feisty garage rock, the collection of songs may be small in number, but they pack a punch and demand your attention throughout! 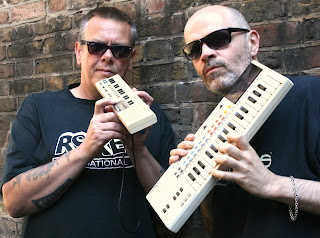 Background - As Dub Reggae music becomes a global force, Vibronics & Conscious Sounds present an album that celebrates 50 years of dub music. Dougie Wardrop & Steve Vibronics present an album that takes classic music from each decade of dub, starting with 1970s Jamaica music right up 2010s worldwide dub sounds. The two prominent UK Dub producers will take each decade in turn, as the listener is catapulted across half a century of roots rocking Reggae music. This unique dubwise concept album will feature reworking of classic tunes from 1970s, 1980s, new versions of crucial music from the Conscious Sounds & Vibronics back catalogue from 1990s & 2000s and some brand new future dubs for the 2010s. Dubwise music across 50 years.

If you go to their website (link just above) there are nine songs to listen to, unfortunately we cannot embed the music here, however to wet your appetite a little, we have Vibronics - Furious Dub & Conscious Sounds Mix (Taken From Personal 10), as an indicator of the quality and musical delights due in January.