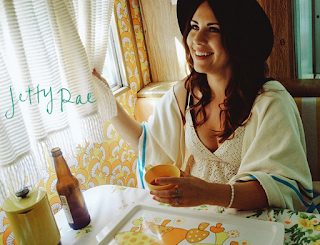 Jetty Rae - Queen of the Universe.

Background - Jetty Rae is a singer-songwriter based out of Northern Michigan. Jetty has been singing, touring, and recording for the since 2005. Her influences include Jennifer Knapp, Brandi Carlile, Cat Power, Ray Lamontagne, Lauryn Hill, Patty Griffin, and many more. If you’ve been to a Jetty Rae show you can agree to the fact that songwriting is her true forte, but how she marries her words to her voice and melodies is a thing to see.

She has power, and restraint in her voice—the ability to pull at your heart strings delicately. On the other hand she also possesses the power to awaken a passion, a fight in all of us when she really belts it. Her hopes are to eventually start a label for independent artists like herself—that will empower artists to start where they are. She is hoping to give them the tools, studio time, experience, and resources they need to succeed in making great art. Website here, and Facebook here.

Jetty Rae has both a powerful and melodic voice that's just right for some bluesy folk rock. 'Queen of the Universe' is a really fine song, yes the influences are there, however Jetty carves out her own style, and is a natural, for this kind of song. 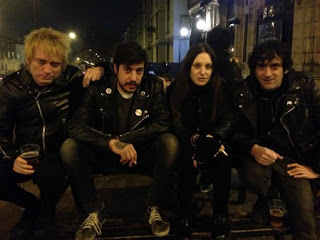 Lucy and the Rats - This Situation.

Background - Lucy and the Rats — Lucy from the Ramones influenced pop punk trio, The Spazzys, is the ‘Lucy.’ The Spazzys have made headlines not only in Australia, where they come from, but across the globe. But she didn’t stop there! She assembles together a bunch of deadbeats and outcasts from the punk rock underworld of London and starts rehearsing. Manu, Mike and Joe, who were together in (the punk band) Michael Jackson become the Rats.

Splitting time between recording their debut album and touring all around Europe, (including a tour last month supporting The Buzzcocks)  it has been a very busy time for Lucy and the Rats but they have still managed to record and release a pair of great singles. Lucy and the Rats sophomore single, "This Situation" b/w "Melody" are two more gorgeous slices of their Powerpop - Girl Group hybrid.

It doesn't take long to find record labels interested. Monster Zero release their first 7", "Girl"; Surfin' Ki the second one, "This Situation" with Dirty Water Records taking on the digital duties for both singles.

When you listen to Lucy and the Rats, the melodies become power pop tunes and after a few rehearsals (if you could call it that) they start recording them. There you go, what you get from that is Lucy and the Rats, a kick ass punk band playing Lucy's catchy melodies. Website here and Facebook here.

With a feisty beat, jangly guitars and Lucy adding some no nonsense vocals 'This Situation' is a sub three minute blast of raw sounding punk rock. With just enough melody to make it standout, the track remains a little rough around the edges, keeping it real and relevant. 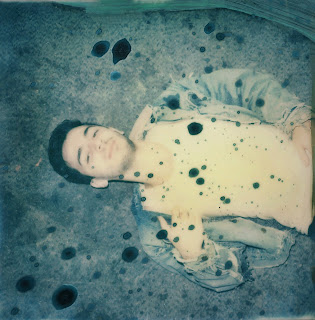 Background - Lucidalabrador is the musical moniker of Pedro Caetano Leite, a new emerging act from the vibrant scene of South-East London, who crafted a sound that pays homage to early 2000’s synthpop-rock.

A recent Goldsmiths University graduate (Blur, James Blake); the Brazilian born composer united forces with a multi-cultured live band that originates from Germany, Italy and Czech Republic. The band now looks forward to releasing their new EP: 'Today Is A Good Day For Friendship' for which they drew influences from classic songwriters such as Grandaddy, Sparklehorse, Jeff Buckley, Tom Waits as well as modern acts such as Father John Misty and Kurt Vile.

Working as an audio engineer across different studios in London, Pedro chose to explore a hybrid between using high budget studio facilities and his bedroom’s 8-track tape cassette recorder. The result is an EP with an intimate bedroom flair, and an incisive precision.

Smooth and flowing vocals are supported by a melodic soundtrack on 'Zelia'. As the song develops the genre becomes even less clear with some alternative and original musicianship, that just adds to the intrigue. Once you think it's settled down the song takes even further twists, wonderful! 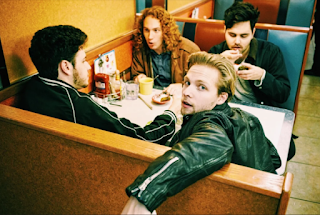 Background - "Breakups may suck, but they can be songwriting gold. NYC-based band Loose Buttons prove just that with their single “Milk & Roses,” from their upcoming EP Sundays, due in February.

The promising quartet met while playing for different local bands as teens, eventually coming together and releasing their debut EP, Damage Gallery,in 2014. Since then, Loose Buttons have honed in on a blend of new wave and pop that is all their own.

Drawing from the pain of a recent breakup, lead vocalist Eric Nizgretsky channeled it all into Sunday. "Milk & Roses,” the EPs closer, acts as the last step of the foursome’s aim to get you through every stage of a breakup.

“After copious amounts of sushi and ramen with my bandmates, I had the realization that it was time to move on and stop dwelling on my breakup,” said Nizgretsky. “There is a restaurant in Greenpoint called “Milk & Roses” and it was the last spot my ex and I went to before we broke up. It felt like the best lyric to signify moving on.”

As Nizgretsky deftly delivers lyrics like, “So it goes/ As in that book you know/ Our worlds, they will resume,” the beguiling melody carries you along; resolving the chaos of a breakup for you so you can move forward. And with Loose Buttons on the rise, it only makes sense to follow their lead. Facebook here.

Striaght down the line indie rock is taken up a notch or two, with some melodic guitar work and vocals that just draw you in. 'Milk & Roses' is one catchy unpretentious rock'n'roll piece and suggests next February's EP should be a good one.