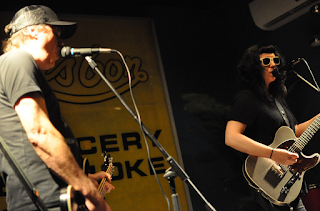 Background - Expanda Fuzz is a caustic homing device for wayward spirit animals. Have you ever had a ripped speaker that sounded so killer you didn't want to fix it? Or how about the excitement of that raw distortion sound that rips through a guitar part like a divining rod and makes your heart skip a beat?

Those are some of the sweet ingredients that inspire Expanda Fuzz to write catchy, trance-inducing, garage pop songs. The songs are a dark cuisine of droney hooks, garage spunk and muddy pop, all crushed with a Velvet Underground spirit, Helium flavour and Suicide daydream.

Find the first sampling of those tracks in the first official release from the band: Bleuets! Now available for download and for record collectors, it is also available on gorgeous black and white splatter vinyl. Limited to 100 copies only, website here, Facebook here.

The first of six tracks on the 'Bleuets' EP is 'Flavour : Zombie' a song that typifies the raw energy that drives this collection of songs. Sometimes some stripped back rock'n'roll is just enough, add in the darker garage edge, and that's enough boxes ticked for me! 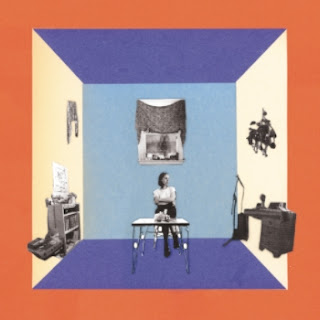 Background - "Meg Duffy, aka Hand Habits, is a singer, songwriter and guitarist from Upstate New York. She has been putting her time in on the road and in the studio over the past two years with  pacific northwest band Mega Bog, and the Kevin Morby Band, making an impression on everyone she comes across with her natural charisma and uncharted talent as a multi-instrumentalist. But let Wildly Idle (Humble Before The Void) be her open invitation to the world to step inside and take a much deeper look into who Duffy actually is. Tracked in an Upstate New York living room, then finished in her current home in Los Angeles - it is appropriate that this album was recorded by Meg herself - for Meg, who has an acute ear for detail, has touched every corner, has seen every vision 'til its end.

Because of this, Wildly Idle feels incredibly intimate, like a secret between her and the listener. It hits soft, like warm water, and before you know it it is all around you - a bath, and Meg's whisper has made its way inside you. Like many bedroom-debuts before it (The Microphones, Jessica Pratt, Little Wings, Grouper)  let this be the first of many to come, for Meg has music in her touch - and this is only the beginning. But let us not look to the future now, but instead stand alongside her, our trust in her will, both humble before the void, with her first chorus as the mission statement; 'hold you like a flower, hold you like an hour glass'."- Kevin Morby. Facebook here.

We featured Hand Habits back in October and 'Flower Glass' is most definitely worth a second share on Beehive Candy! Once again we are treated to some gorgeous dreamy pop music, that just oozes beautiful vibes. Wonderful!