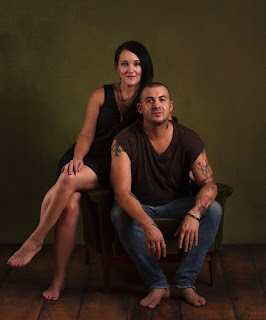 Background - Alternative, eclectic country duo Dirty River formed in 2012 around the talents of singer/songwriters Lea May and Jimi Dobbs. Lea was working as a solo artist and needed a fuller sound. Jimi was also searching for something different, having played in bands and solo for more than 20 years. Somehow their voices found each other and it was inevitable that this was the beginning of something that needed to be heard.

This dynamic duo are passionate storytellers who have only just begun to tell their story. Their new single, ’Purple Dreams’, is ultimately a love song that depicts the story of two people desperately searching for a kindred spirit who has the ability to love honestly and see them for who they truly are.

“The song started out very different in the beginning, the guitar melody was a lot darker. I asked Lea to write the second verse and somehow she came out with this completely different vocal melody... I rewrote the guitar parts and ‘Purple Dreams’ was born!” says Jimi Dobbs on writing the track. ‘Purple Dreams’ was recorded in a little studio under a house in South Golden Beach by a man who calls himself ‘Slim Pickens’.

Many artists struggle to establish their musical identity, laboriously trying on different musical styles like a piece of clothing, looking to find what fits. But there are others that emerge fully formed, in full command of their craft, their identity and their music. Dirty River fits firmly in the latter category. The style and live performances are a captivating and moving experience that heralds the arrival of a gifted and significant new talent, one whose music feels familiar in the best possible way, while striking out on its own territory.

Not ever wanting to be labelled as fitting into a particular genre, Dirty River find their style in everything from heartfelt folk ballads, to soul, funk and alternative country blues. Yet, to try and put new single into a particular sound or find similar bands is nearly impossible. ‘Purple Dreams’ is unique in every way. “Purple Dreams” by Dirty River will be released 13th of January 2017. Website here and Facebook here.

The harmonies on 'Purple Dreams' are just so natural and right for what is a melodic country rock song. Production is crisp and refined, this is just such a likable song. 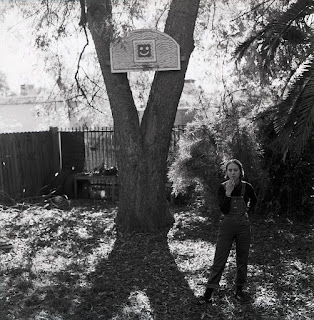 Background - Hand Habits shares new track "Sun Beholds Me". “Meg Duffy, aka Hand Habits, is a singer, songwriter and guitarist from Upstate New York. She has been putting her time in on the road and in the studio over the past two years with  pacific northwest band Mega Bog, and the Kevin Morby Band, making an impression on everyone she comes across with her natural charisma and uncharted talent as a multi-instrumentalist. But letWildly Idle (Humble Before The Void) be her open invitation to the world to step inside and take a much deeper look into who Duffy actually is. Tracked in an Upstate New York living room, then finished in her current home in Los Angeles – it is appropriate that this album was recorded by Meg herself – for Meg, who has an acute ear for detail, has touched every corner, has seen every vision ’til its end.

Because of this, Wildly Idle feels incredibly intimate, like a secret between her and the listener. It hits soft, like warm water, and before you know it it is all around you – a bath, and Meg’s whisper has made its way inside you. Like many bedroom-debuts before it (The Microphones, Jessica Pratt, Little Wings, Grouper)  let this be the first of many to come, for Meg has music in her touch – and this is only the beginning. But let us not look to the future now, but instead stand alongside her, our trust in her will, both humble before the void, with her first chorus as the mission statement; ‘hold you like a flower, hold you like an hour glass’.”- Kevin Morby. Facebook here.

Third time on Beehive Candy for Hand Habits and if the music stays as good as this hopefully it will not be the last. 'Sun Beholds Me' is the perfect showcase for Meg Duffy's enchanting vocals with the musical arrangement gently supporting her.