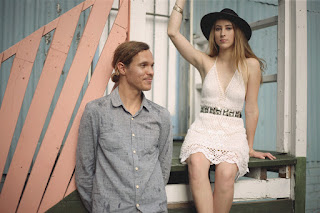 Niterunner - Out Of Your Hands

Background - Niterunner is a brother sister duo based in Byron Bay/Brisbane. Formed in 2014, their early single releases and debut EP Anonymous has gained interest online and gathered a following for its soulful electronic pop production and sweet melodic vocal hooks.

Their new single, ‘Out Of Your Hands’ was recorded in their family’s home studio in the hills behind Byron Bay, and was produced by 1⁄2 of Niterunner & Dansuede, Daniel Suesskow.

Already having received glowing reviews on triple j unearthed, ’Out Of Your Hands’ is a rework of one of Niterunner’s earlier tracks. It was one of the first songs they uploaded, which quickly gained momentum online, reaching 16K views. Niterunner has been featured on multiple online music blogs, including Acid Stag and I Heart Moosiq. Their first release, ‘Toska’, was featured on the Contiki Road Trip Asia Series 2015, and their recently collaborated song ‘What a Waste’ was put into rotation on triple j Unearthed Radio.

‘Out Of Your Hands’ is an upbeat summer vibe track that draws on nostalgic dreamy soundscapes and soulful vocals. Its lyrics reflect on moments of symmetry, a singular way of thought and reaction, a cycle of repetition, and a struggle to cope. It’s a moment of self realisation and reprieve, learning how to counterbalance that internal process and the way it impacts your life, realising that there is only so much you can control, and all we can do is try to let go of the things that are out of our hands. Facebook here.

'Out Of Your Hands' is a flowing electro pop song where the synths are gentle and allow plenty of space for the delightful and dreamy vocals to deliver more of the melody. 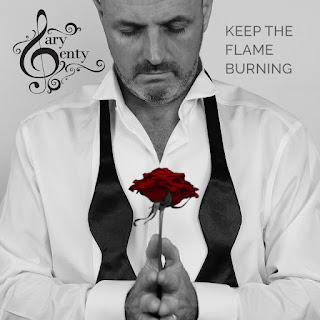 Background - Gary Denty is a Singer Songwriter born in Enfield, North London. He has been inspired through his career by Jazz, Swing, Soul, Blues and R&B. After singing cover versions of Elvis Presley and Frank Sinatra he moved on to sing covers of Michael Buble, Ed Sheeran and Sam Smith from more recent times.

Not wanting to be one dimensional as a cover artist he decided he wanted to write and record his own songs that people could relate to both young and old, and with a record collection that includes hits such as ‘No Time Like The Present, he is certainly on a rise to the top.

There is an understated and almost blues feel to the music, whilst Gary Denty's vocals on 'Keep The Flame Burning' are just right for what is a fabulous song. 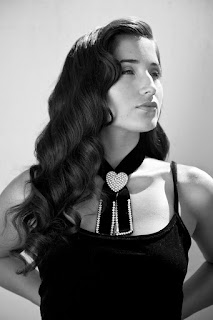 Background - Anti- is thrilled to announce the signing of Jade Jackson. A highly prolific and supremely talented young singer-songwriter, Jackson creates a sound that is simultaneously new and old, merging a youthful spiritedness with a weary storyteller’s perspective usually reserved for veteran artists. Stylistically the sound is unapologetically country rock. It merges the heartbreak and resilience of Lucinda Williams with the melodic confidence of Emmylou Harris, yet contains the emotional presence of a young musician who cherished albums by The Gun Club and Smiths alongside the works of George Jones and Hank Williams.

Hailing from the tiny town of Santa Margarita in central California, Jade Jackson began playing guitar and writing songs at 13. By the time she had entered high school she had attracted a growing fan base with local performances and estimates that she had written over 300 songs before she graduated.

Since then Jade Jackson formed a tight knit band and together they have shared stages with such iconic artists as Merle Haggard, Rosie Flores and Dwight Yoakam. Along the way, Jade attracted the admiration of renowned Social Distortion frontman Mike Ness, who produced her debut album.

Now Jade Jackson has just released a video for the track “Motorcycle,” a song that channels a tough girl swagger and reluctant vulnerability set to a haunting post-punk Western sound. “I was driving and it was dark and I just started singing the lyrics," Jackson says. “It’s about feeling independent and capable and restless. I pulled the car over and recorded myself singing. When I got home I picked up my guitar and already knew the chords. At first it was this intricate finger picking and then Mike envisioned it more as a western ballad. He put a spin on it for sure and I think it sounds awesome.”

Jade Jackson will be touring with Social Distortion in the US in March and April this year (details here.). Website here and Facebook here. Amazon here.

'Motorcycle' is a pristine country rock song, where the musical soundtrack does everything with understated style and Jade Jackson effortlessly and beautifully sings with warmth and appeal. 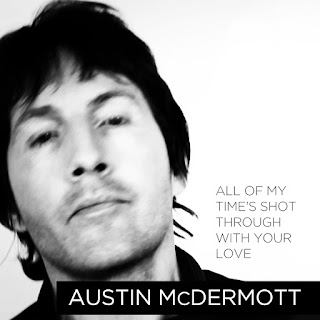 Austin McDermott - All Of My Time's Shot Through With Your Love.

Background - We are delighted to present the latest release from Austin McDermott called ‘All Of My Time’s Shot Through With Your Love’, which is now available via D/A Music Group.

Austin McDermott’s musical journey began at a young age after he discovered Elvis Presley, who’s albums he received as Christmas gifts. He listened to the records over and over again and from that moment, he knew he wanted to be a singer for the rest of his live. Believing that singing is a soul thing, his main passion is Blues and Soul Records, but he has a wide-ranging musical taste and is versatile at singing all musical genres.

‘All Of My Time’s Shot Through With Your Love’ is the latest record to be added to his ever-expanding release catalogue so make sure you grab your copy of this infectious his quickly before it flies off the shelves, a must have for any music lover’s record collection. Amazon here.

'All Of My Time's Shot Through With Your Love' is a really catchy song that I would describe as contemporary rock for want of a better description. It catchy, and energised, with just a little rock'n'roll roughness that gives the piece some edge. 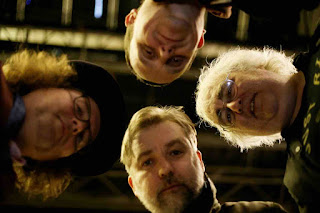 Background - London-based psych power pop outfit Divisionists have announced they will be releasing their debut LP ‘Daybreak’ on March 17 and present the first single ‘Say Can You’ as a teaser. This album will be released digitally and on vinyl via Mount Watatic Records.

‘Say Can You’ is a refreshing and upbeat track with hints of early Teenage Fanclub, The Lemonheads, Matthew Sweet and Bob Mould (including his project Sugar), albeit with softer vocals and much less feedback.

"We are very excited by how well 'Daybreak' came together as an album. For me, I'm lucky to be in such an great band: Mark, Rob, Mike and I have fantastic synergy to explore new territory, yet also the intense (obsessive!) perseverance to "get it right". Musicians always say a record is a labor of love -- in this case, it's really been true. We've put the very best of us into this recording, to create an interpersonal and cultural snapshot of blood, sweat, tears, late nights at the pub, the whole works -- and we believe we've made something cool," says Divisionists’ frontman Brendan Quinn.

I would describe 'Say You Can' as far more of a alt rock track as opposed to the bands "psych power pop" label in the above promo. The band are tight and polished, vocals smooth and fine, and on this specific track they are just plain brilliant!