The Monday Mix: No Monster Club - Harlea - The Darts 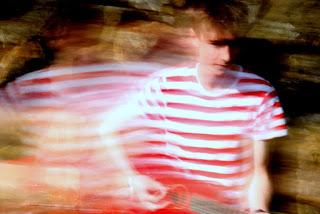 No Monster Club - French Revolution / Life Is Flashing Before Your Eyes (Aardvark - Blessing).

Background from Bobby Aherne of No Monster Club - I'm here to tell you about the 'Encyclopedia Project' that I have planned for the foreseeable future: On the first of each month, I'll be releasing a new single (consisting of two songs) that'll be available for free download - or as 'pay what you like', should one be willing to throw some change into the virtual tips jar.

The first instalment arrived on January 1st, containing one new song and a cover of an amazing Vince Collins song from 1984. As I'll be utilising an alphabetical, encyclopedia-based naming scheme, issue #1 is entitled 'Aardvark - Blessing'.

My 2015 and 2016 albums ('People Are Weird' and 'I Feel Magic', respectively) were unanimously acclaimed ~ they were released by indie labels based in NYC & Chicago, and each picked up four stars from The Irish Times.  Website here.

Both 'French Revolution' and 'Life Is Flashing Before Your Eyes' are worth a feature and as I cannot make up my mind on which one to include, here are both of them. If we are going to receive a monthly double helping of indie music this good, then hopefully their virtual tipping jar will overflow! 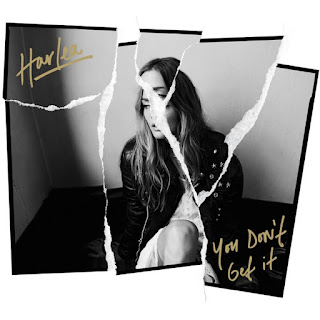 Sparkling evidence that Harlea has truly found her voice, the new track - inspired by “the overt power of being a woman” is a ferocious affair, yet finely balanced in its delivery. Harlea went on to say this about the new single: "It's about living life on your terms and being true to yourself. You do what you want, when you want and how you want. It is defiant of a male world in which women are expected to fit. You either fit her world, her needs, her desires or you don't get her.”

There is only the careful and judicious release of music, when it’s ready and when Harlea is ready. The release of 'You Don’t Get It’ this week - a timeless, assured, sassy rock track that showcases Harlea’s sultry vocals as well as her songwriting ability - comes just ahead of her debut live show. Harlea was asked to perform at The Line Of Best Fit’s Five Day Forecast, which takes place at the Lexington on Friday 13th January and sold out within a week. With blues inspired riffs, and incessantly catchy female-led pop melodies, Harlea's thinking of 2017, and she’s also thinking of 2018. She’s in it for the long-haul, not the quick fix. Website here and Facebook here.

'You Don't Get It' has a bluesy and powerful rocking vibe running through its veins. Harlea's vocals are determined, suggesting that messing with her might be a bad idea, however adding enough melody to give the song some real edge. 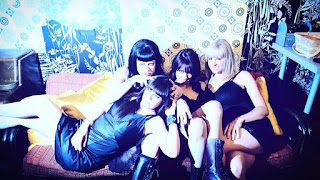 Background - The women -- singer and keys player Nicole Laurenne, guitarist and singer Michelle Balderrama, bassist and singer Christina Nunez and drummer and singer Rikki Styxx -- aren’t afraid of having a little fun with their image, to the extent that their chosen band description on their Facebook page reads, “Garage-psych-rock-grrls who will make your head slam and your feet shake. And then there’s the music.”

While The Darts offers a new creative outlet for the ladies, all are already seasoned musicians. Laurenne and Nunez are both veterans of the recently-disbanded Love Me Nots, Styxx has kept the beat with The Dollyrots and Balderrama is a member of the long-running Los Angeles band Brainspoon. One of the standout tracks on The Darts is “I Want Your Fun,” a hook-filled pop rocker that’s equal parts pink bubblegum and black nylon and that includes the line “Kiss me like you’re leaving town,” a lust that’s palpable throughout the record.

The Darts are about to begin a US nationwide tour that’ll keep them on the road through January; after a bit of a break they’ll return to touring in March. Website here, Facebook here.

It was only last month we were saying just how good The Darts EP was and now we have their new self-titled debut album, due January 13 on Dirty Water Records. Second track 'Revolution' typifies the energy and exuberance The Darts can pack into every song. Sometimes full on garage rock with plenty of hooks and enough melodic variations to keep everything interesting, this is one genuine rock'n'roll LP.