Background - Plastician’s Terrorhythm imprint have been breathing plenty of life into the mutated, hybrid club sounds emerging from both UK and US beat-makers over the past two years, crucially spotlighting producers like Ganz, AWE, Patrick Brian and JD Reid for the first time.

The latest name to emerge from the camp, Klasey Jones, has been bubbling under for the past year, with his tracks earning heavy rotation on Plastician’s Rinse FM show in particular — itself often a valuable resource for those seeking a link between grime, drill and instrumental, cloud-wave rap. Jones’ debut EP — the widescreen, cinematic ‘Foreign Buyers Club’ — is a profound case in point, linking the above sub-genres with flashes of 80s synth music, anime OSTs and some genuinely one-of-a-kind sound design.

At five tracks long, Jones is also able to explore the variants to his sound fully across the EP; see the morbid dystopia of opener ‘Area 55’ for example, or conversely, the hazy, string-led romance on ‘Gang Gang’. With over 150 instrumentals currently sat on his hardrive, Jones’ potential is limitless, but ‘Foreign Buyers Club’ serves as the perfect introduction to where he’s headed. Facebook here.

Awash with layers of rich and vibrant synths 'Cement' is one of five tracks on the EP. On the featured track the rhythm comes and goes and for moments the synths just swirl around deciding perhaps where to go next. This is both imaginative and creative music. 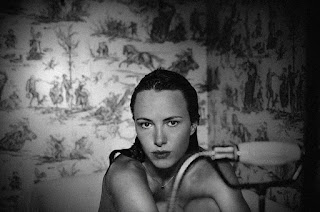 Background - "Billie" is the first single off of Khodara's newest EP of the same title, out 3/17. 'Billie' will come out just months after her debut EP 'Where's Your Love?' , which was released on 12/13.

Khodara’s second EP entitled Billie – EP is a slower collection of pop songs, reflecting on the artist’s journey to date.  Produced and co-written once again by Billy Pavone, the 4-song EP has been compared to the XX and Phantogram while vocally recalling an early Madonna or a more refined Lana del Rey.  The purity of Khodara’s heart shines through in the lyrics.  Billie – EP’s overall message of overcoming fear is what young women around the world need to hear right now.

With it's slow and easy beat 'Billie' is one very fine song. Melodic vocals gently build and then drift back into the atmospheric vibes. High quality pop music is alive and well with Khodara. 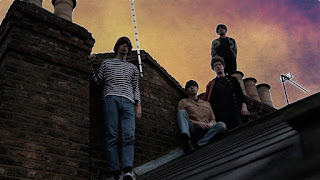 The Proper Ornaments - Bridge By A Tunnel.

You can catch the band on their UK/European tour which kicks off later this month. Full list of tour dates listed below. Facebook here.

We have already featured a couple of tracks from the forthcoming album release and as the band are consistently turning out refined material and have some tour dates to share here is the latest song they have shared 'Bridge By A Tunnel'. This is a more laid back piece with fine harmonies and a superbly calm vibe throughout. 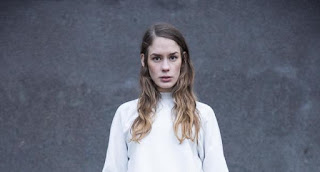 Anna of the North - Oslo.

Background - Electronic duo Anna of the North (Anna Lotterud & Brady Daniell-Smith) today unveil new single “Oslo”, transporting you to a crisp, wintery walk through the streets of their city. It’s an icy, reflective synth-pop cut which beautifully marries the coldness of the climate with the warm sensation of home.  It’s got all the allure and emotion we now expect from Anna of the North, and follows the success of Anna & Brady’s previous singles “Sway”, “The Dreamer” “Baby” and most recently “Us”.

The idea for the track came from a photo of the city that Brady from the band had, “I’d never been to Oslo. It seemed so untouched and really captured my imagination”. The song began to form a few winters back, written as gift for a group of homesick Norwegian friends that Brady had met in Australia. He continues, "I met Anna soon after and we finished it together - she brought an authenticity to it that makes it feel like a love letter to the city."

Anna Of The North have recently played Pitchfork Music Festival, completed an arena tour with Kygo, as well as a run of UK shows with Liss. The band play Eurosonic Festival on Jan 13th. Further live dates to be announced soon. ‘Oslo’ is out now via Honeymoon / Different Recordings. Facebook here.

Back in August last year we first featured Anna of the North and said of the song 'Us' at the time "a smooth electro song with a hypnotic groove and Anna Lotterud wonderful vocals". Fast forward till today and the new piece 'Oslo' confirms that the duo are more than capable of exceeding expectations, this is a beautiful song.