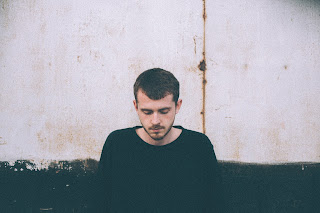 Charlie Straw - All I Know.

Background - Originally from the Wirral and now based between Leeds and London, Charlie's music sits somewhere between Blues and Folk. Taking inspiration from artists including Justin Vernon and Jeff Buckley right through to Howlin' Wolf and Etta James, his sets consist of calming songs mixed with a dark, soulful edge.

His main objective is to connect with his audience in a way that is both intimate and epic. This is an objective he has taken to places as far as Thailand, to inmates in a prison and a school for the blind. Discovering how his music sits with these different groups of people has helped to shape him as an artist.

Alongside sessions for BBC Leeds and BBC Introducing, he has supported artists such as James Morrison, James Bay, Nathaniel Rateliffe and Marika Hackman, as well as numerous UK festivals. Charlie has an extremely exciting time ahead, with his debut UK tour in April and then a summer full of festivals such as Citadel, The Great Escape and Hit The North. Facebook here.

'All I Know' is a very fine introduction to Charlie Straw. The songs opening is gentle enough giving focus to some refined and earnest vocals. As the song builds both in layers of sound and intensity, I had one of those stop everything and listen moments. One song puts Charlie Straw firmly on my musical radar. 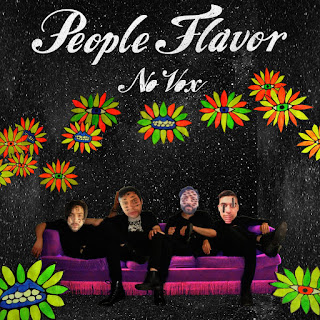 People Flavor is a four-piece rock band from Montebello, California. While new on the scene, the band can trace its genesis back to a teenaged solo project dreamt up by frontman Fernando Andrade,  along with best bro Byron Turner joining the process soon after. The pair then recruited high school cronies Giovanni Padilla and Andrew Valdez, to become the collaborative effort they are today.   Since rounding out the lineup in 2015,  People Flavor have been busy playing shows at house parties, DIY venues and some of Los Angeles’ most notable musical mainstays such as The Bootleg Theater, CIA, and Los Globos.

Continually crafted through the writing and recording process, their distinct sound incorporates jazz chords with post and dance-punk elements, delivering it all with 80’s new wave sensibility. The boys are heavily influenced by slinky Spanish rock and the refined cool of British tunes, evoking a likeness to both an Hispanic Duran Duran and early Radiohead. Contrasting with their dance-inducing grooves, the lyrics tend to focus on the more melancholic aspects of life and love, magically manipulating you into feeling good about being sad. Ultimately, People Flavor is a sonic experiment in self-expression geared towards finding yourself in others and finding the others in yourself. Dangerbird here.

We featured the last single from People Flavor and the latest offering 'No Vox' is at the very least, of equal calibre. Vocals and harmonies are delivered in a lazy, hazy style, above a beautifully loose and melodic soundtrack, although attention to detail suggests the band have developed the style to add a further element of cool. Fabulous song! 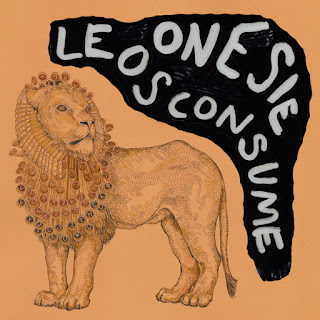 Onesie - Ballad of the Boomerang.

Background - Onesie is the musical moniker for Brooklyn-based songwriter Ben Haberland (ex The Isles). Stitching together vivid, hooky guitar pop anthems from scraps of British pop, American punk, and Classic rock, the band deals in the currency of anthems written on the voyage toward modern adulthood. The live band, formed in 2013 with fellow scene survivor Zack Fanelli (ex Man Without Plan), wields a visceral dynamic reminiscent of the pair’s early days in the DIY punk scene. Their debut album Leos Consume is due on May 12.

The project began as a collection of power pop demos recorded solo in Haberland’s bedroom. In 2013, fellow scene survivor Zack Fanelli (ex Man Without Plan) came onboard to form a live band that would wield a visceral dynamic reminiscent of the pair’s early days in the DIY punk scene. After playing shows at Grand Victory, The Gutter, Subculture, Trash Bar, Glasslands, Matchless, The West, and Cake Shop, the group descended into Mollusk Studio in Bed-Stuy to record the songs what would become their debut album, Leos Consume.

Basic tracks were recorded over a freezing February weekend. As Winter turned to Spring, Haberland and Fanelli continued overdubbing in spontaneous bursts; adding vocals, fine tuning guitars, and layering keyboards in their practice space. After returning to Mollusk to mix the following Summer, the record was mastered by Brooklyn whiz Josh Bonati, renowned for his work with Captured Tracks. Facebook here.

Whilst the song 'Ballad of the Boomerang' has been around for some time, it is now acting as a foretaste of May's debut album. There is a refreshing feeling to the song, that sits somewhere between pop and rock, and the video helps convey the mood of the song, and for me it's a good mood. 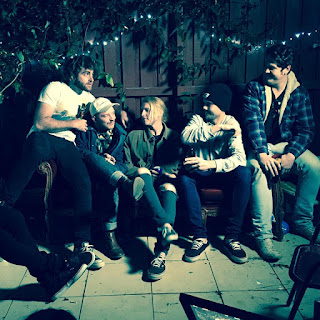 Background - D'yer Mak'er was established early 2016 in the small town of Paterson, NSW. It started as a trio, with Tim Howell, Ben Youngman and Tom Turner, writing electronic reggae fused with rock. It wasn’t long until Alex Dorn and Michael Chilcott joined in late 2016, this was when D’yer Mak’er was truly born. D’yer Mak’er became Tim Howell on lead vocals, Ben Youngman on bass, Alex Dorn & Tom Turner on guitar and Michael Chilcott on drums.

Taking their individual influences from The Red Hot Chilli Peppers, Sticky Fingers, Pearl Jam, Rage Against the Machine, Tool, Jimi Hendrix and many many more. D'yer Mak'er honed their skills and after several months, played their first gig at the Oxford Art Factory in late 2016.

Bright and sweeping guitars, a funky almost reggae style beat, and then a more alt rock feel as the song fully opens up, hopefully conveys the rich array 'Illicit Renegades' is awash with. With a single like this leading the way, the EP should be a good one.