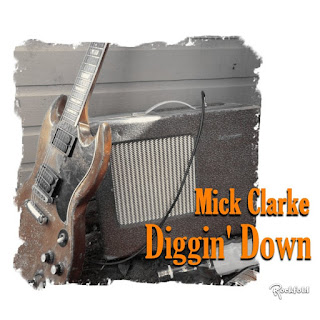 Background - Mick began his career with Killing Floor part of the British blues boom of the late 60s. The band backed Texas blues guitar star Freddie King and toured with legends such as Howlin' Wolf and Otis Spann. In the 70s Mick co-formed SALT, a powerful four piece band which was a big hit on the UK club and college scene, opened for Muddy Waters in London and played at the Reading Festival.

The Mick Clarke Band was formed in the early 80s and Mick has become an established name on the European scene, touring regularly in every country from Finland down to Italy, plus tours in the USA and Asia. Praised for his fiery "straight from the wood" guitar sound, he has appeared on numerous festivals with artists such as Rory Gallagher, Johnny Winter and Joe Bonamassa. The Southern California Blues Society called him "one of the finest blues players to come out of England". Mick is the winner of the 2014 "best international act" from artistaloud.com, India.

From the brand new album we have the classic track 'Smokestack Lightning' given the Mick Clarke treatment. From the opening track (Dry Road Blues) the albums kicks in with driving and passionate blues rock, with Mick's vocals totally immersed in the moment. The pace varies across the collection of thirteen songs, the blues rock in consistently delivered with passion and skill. Guitar breaks are relevant rather than indulgent, and a robust level of emotional involvement is there throughout, which for me meant I was quickly lost in the music and loving it. Blues rock fans, this is a must have! 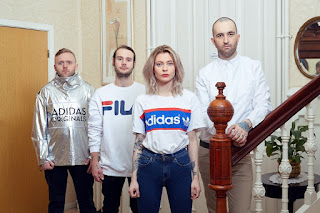 Background - Blood Command have released the second single from their forthcoming album 'Quitters Don't Smoke'. Speaking about the single the band said, “If you quit smoking you’re a quitter, right? And no one wants to be a quitter,” says singer Yngve Andersen. “This song is about judging others. Minding the splinter in others eye, and deny the f-ing  forrest in your own. It’s also about lost impossible love and the road it leads to destruction

After two albums, numerous EPs and four radio hits, Blood Command are hungrier for success than ever. The sound still has the distinct fingerprint of producer and songwriter Yngve Andersen: Sharp and challenging, but still so universal and seductive that you will throw your hands in the air and run into the crowd before the first chorus ends. Since the last album, Andersen has received wide recognition in Norway as a successful producer and is responsible for several local hits. But Blood Command remains his favourite pet and Cult Drugs might be the point where all of his talents finally hit their zenith.

The band's previous album, ‘Funeral Beach’ (2012) received a 5/5 in Kerrang (who also placed them at no. 8 in their end of year list), 9/10 in Rock Sound, 5/6 in most Norwegian broadsheets. Metal Hammer UK awarded the album a 9/10, saying that Blood Command is one of the best they have heard in recent years. In 2010, Blood Command was nominated for a Norwegian Grammy for their debut album ‘Ghostclocks’.

Blood Command have played numerous festivals such as Roskilde, Nova Rock in Austria (where they shared the stage with, among others, Iron Maiden) and The Great Escape in Brighton, where they won the "Best Concert of the Year" in Artrocker Magazine. New album pre-order here.

Your straight into a wall of rocking sound and energy with 'Quitters Don't Smoke'. Feisty and intense vocals hold their own against a band who clearly love to make some rock'n'roll noise, doing so with wild abandonment and style. 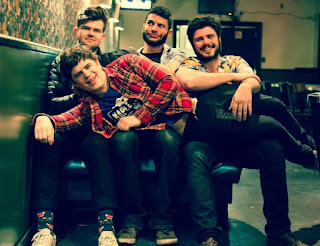 Background from the band - Cutting through the bleak twilight of winter in Toronto, we've put together ‘Tanlines’ which is a nostalgia-fuelled chronicle of better, warmer - and more naked - times. With desperate energy, the song reaches for the not-too-distant memory of a lover’s touch made soft by seawater and tropical air. The song’s essence is certainly fantasy material for blurry late night trips on decrepit streetcars. It'll be on our upcoming LP, out this September.

Our new LP is a wash of reverb, the nostalgic longing for the ideal California lifestyle and the often dour reality of urban life are blended into a mélange of surf riff-driven chord progressions.

We're calling out for a more simple life free from the tedious complications of the modern world and we hope that you'll join us. Facebook here, Bandcamp here.

Sub two and a half minute surf punk comes in the shape and sound of 'Tanlines'. It's a short, sharp, musical assault, with hooks digging in deep and a sing along chorus, to leap about and sing along to. 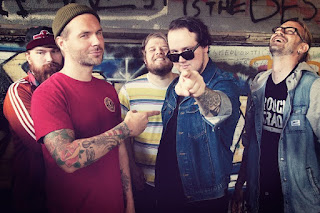 Background - Varvara from Finland celebrates their 10th anniversary with a brand new single called ”Weatherman” to be released 17th March worldwide via their own label and musicians collective Haminian Sounds. The new single follows the turbo charged triple-guitar powerpop path found on their third album ”Death Defying Tricks” released last year. The new single is the first official release captured live in the bands career and it was recorded and mixed by Lauri Eloranta (Disco Ensemble, Pää Kii!, Melrose, Damn Seagulls etc.). Single will be available in digital formats and limited edition 7” vinyl.

”We got loads of material for album 4. Theres so much of it that we decided to record an extra single. So we went to studio with Mr. Lauri Eloranta and did it - Live! It’s 10 years of rocking and 4th album coming out this year. It will be great. It will be spectacular! There will definitely be a party! We are also gonna do some gigs during the spring. We'll let you know some specific dates later. Keep your eyes and ears open!” - Mikko Kiri

The bands third full length album ”Death Defying Tricks” was released in Finland in January 2016 via the bands own Haminian Sounds imprint. Produced by the band themselves the album was mixed in Stockholm by Pelle Gunnerfeldt, who’s best known from his work with many international success stories such as The Hives and Refused. The album got great response in media with rave reviews and for the first time in the bands history the music was also released and promoted outside the Finnish borders. ”Death Defying Tricks” was released in Germany and in the UK in the end of 2016 and have got great feedback from leading rock and alternative music media such Classic Rock, SLAM!, Clash and others. During January 2017 the band also made their first shows in Germany.

Varvara is currently preparing to record their 4th full-length album for late 2017 release. During the Spring the band will play couple of live shows in Finland and abroad. The first date for the Spring was at Pintandwefall record release party at Suisto in Hämeenlinna yesterday. More dates will be announced later together with a music video for Weatherman single. Website here, Facebook here.

'Weatherman' is energised alt rock, that packs emotion and feeling alongside some slick and potent musicianship, and vocals that were seemingly just built for the music.