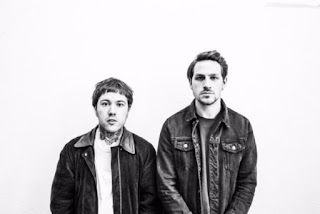 Children of the 90s, inspired by the 80s Glasgow scene, Scottish post-punk/new wave duo WOMPS are carving out a place of their own with their debut LP, "Our Fertile Forever" released on Brooklyn label, Displaced Records. The past year has seen the band playing worldwide showcases at SXSW, CMJ, T in the Park, BBC Radio 1's Big Weekend and London Calling and picking up press from Brooklyn Vegan, Consequence of Sound, Fred Perry, The Guardian, KEXP and many more.

The band take influence from Scottish working class culture, the aftermath of the Thatcher reign and the disappointment of a failed independence referendum and the personal loves and losses entangled within. Website here, Facebook here. Remaining SWSX shows on our tour page.

Expansive sounding and flowing with emotion and commitment 'Darling' is a fabulous song where rock genres are mixed into a smooth and vibrant piece. 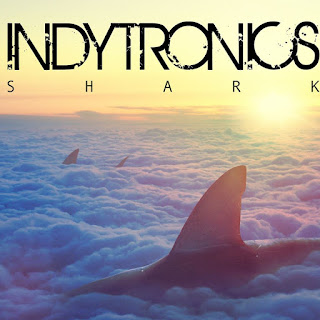 Background - The brand new single Shark has now been released. Indytronics is located in Kiev, Ukraine, and consists of four members.

Considering themselves an Indie-Rock and Post-Punk revival band, they found inspiration to start creating music when two of the band members (Danil and Denys) were touring across Europe and happened across street musicians in Stockholm playing with an interesting melodic indie vibe.

They were so impressed after hearing such great music on the streets of Stockholm and decided to create something of their own when they returned to Kiev. This was the start of Indytronics in 2012. The band are: Danil Bogdanenko (guitar, vocals), Vitaliy Koutsiuk (bass), Ruslan Dobrov (drums), Denys Rybchenko (guitar, back vocals). Facbook here.

With distinctive chord changes and a clear refined sound, Indytronics deliver a hook laden indie rock song with 'Shark'. Vocals are smooth and interact well with the music, for me a band worth checking out some more. 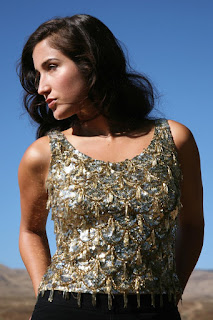 Background - In anticipation of her debut album Gilded, produced by Social Distortion frontman Mike Ness and out May 19th, Jade Jackson has released a new video for her song “Finish Line” The intensely personal and beautifully evocative clip, directed by Andrew Van Baal (Mark Lanegan, Eels, Sean Rowe) provides an ideal visual accompaniment for the song.

As Jade explains, “Before we shot the video for “Finish Line”, the director, Andrew Van Baal, came to visit my hometown of Santa Margarita. I was able to show him places that hold value to me, from where we rehearse in my neighbor's garage to my parents' restaurant where I've worked since I was thirteen; literally every detail in the video was directly lifted from my life. I was shocked that Andrew wanted to capture such an authentic representation of my background; from the lyrics of the song to the location of the video, this is 100% autobiographical. What an incredible experience it was to film something in a few days that was 24 years in the making.”

Gilded is unapologetically country rock, merging the heartbreak and resilience of Lucinda Williams with the melodic confidence of Emmylou Harris, yet containing the emotional presence of a young musician who cherished albums by The Gun Club and Smiths alongside the works of George Jones and Hank Williams. Website here, Facebook here.

'Finish Line' is a song that mixes top class musicianship with Jade Jackson's adorable and natural country rock vocals. Melodic and polished throughout! 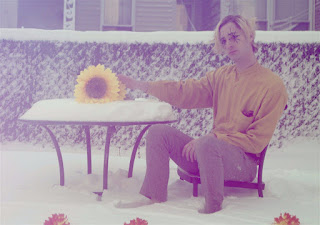 Hnry Flwr - As Above, So Below.

Background - Hnry Flwr is the creator of The Message. In 2014 Hnry Flwr began mixing different length sound waves using ancient synthesizers and a team of musical experts to create a type of music that is 100% earnest.

Before this Method of sound control, music was an insincere endeavor solely energized by a pure form of propulsion known as Narcissism.

The Hnry Flwr B(r)and was discovered and founded by Hugh "Blaze" Boylan of Blaze B. Mgmt. To sweeten the deal, Hnry Flwr hops on the road for the next month right after SXSW with Elison Jackson & The Ferdy Mayne, starting March 21st.

A potent bass riff, swirling and layered synth driven sounds and vocals that are pretty hard to ignore (in a good way), makes 'As Above, So Below' a stunning introduction to Hnry Flwr. 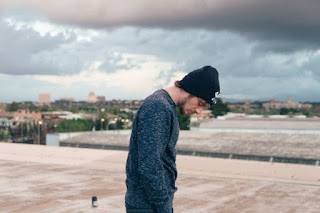 Background - Nan Kolé and the new ‘Malumz’ EP (Black Acre) with a release date of 14th April 2017. Nan Kolé, producer, DJ and head of influential label on-the-rise, Gqom Oh!, returns to Black Acre for his debut proper with ‘Malumz’, after first collaborating with Nervous Horizon’s Wallwork on his ‘Facts / Fyah’ 12” at the back end of 2016.

Originally from Rome, although now a resident of London, Nan Kolé has been a major player in the expansion of Durban’s Gqom sound after discovering it in early 2015. Through his label, Gqom Oh!, he honed in on a network of South African producers operating out of Durban, unlocking the keys to a world of music largely untapped by audiences outside of Southern and Western Africa.

’Bayefal’, he explains, was made while still living in Rome and was inspired by a group he formed called PepeSoup, which consisted of an Italo-Liberian singer, Karima 2g, and Senegalese percussionist and singer, Moustapha Mbengue. Facebook here.

Fabulously original and imaginative 'Bayefal' is a fine reminder that there is still plenty of room for taking adventurous ideas and building on them. Put simply, I love this track.