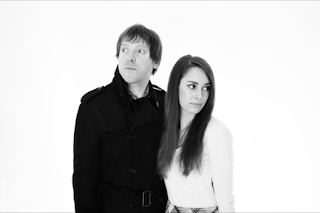 Sunshine & the Rain - I'm Not Your Girl.

Background - New York's Sunshine & the Rain new album is set for release on May 12th. Recorded in Sonic Youth’s Echo Canyon West studio with the legendary Jon Spencer, 'In The Darkness Of My Night' is full of pop gems with sugary hooks and dirty Ramones grit.

Sunshine & the Rain is a duo consisting of husband and wife Ashley Morey (vocals, bass) and Justin Morey (guitar), both formerly of critically acclaimed psych rockers The Black Hollies. Formed around the same time as the 2014 dissolution of their former band, Sunshine & the Rain kicked things off with the Jesus & Mary Chain vibes of their debut 7? 'Can’t Stop Thinking About You b/w Pale Blue Skies' in late 2015.

Early 2016 saw them heading into Sonic Youth’s Echo Canyon West studio with the legendary Jon Spencer to begin work on their debut LP. Eschewing some of the more lengthy psych leanings of their earliest days, Spencer coaxed the band towards a more immediate sound, cutting down track lengths and leaving nothing but pointed pop gems with sugary hooks and a dirty Ramones grit cutting throughout.

Alongside direction from Spencer, and engineering from Grammy Award-winning Engineer Ted Young, Sunshine & The Rain spent the majority of 2016 fine tuning the songs that ended up on 'In The Darkness Of My Night'. From the instant gratification of singles like 'Let’s Go' and 'I’m Not Your Girl' to aggressive earworms 'Take Me Out Again' and an unexpected cover of Fugazi’s 'Merchandise', this debut record is a statement that never strays from its point. Facebook here.

'I'm Not Your Girl' is a good indicator of of the power and passion to be found right across 'In The Darkness Of My Night'. Mixing full on punk attitude with some pop sensibilities makes for a roller-coaster ride, the duo hardly ever drop the rock energy, however the hooks are there song after song, making this one very decent rock'n'roll album. 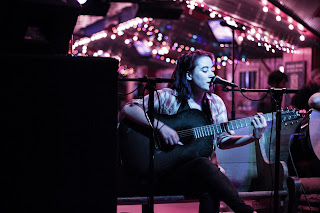 Background - Americana newcomer, Sam Rochford celebrated the release of her debut single, "So Easy," on March 26, 2017. With a mellowing, acoustic introduction, Sam Rochford showcases her beautiful voice, revealing a vulnerable side that will allow every listener to imagine a love, that even though it isn't perfect, it is real. If you have ever fallen in love, or even thought you were, you know there will be hurdles ahead. The only thing you can do be willing to face them together, and together you can conquer all. That's what this single is all about. Sure, there are times when the others imperfections may be too much for some to handle, but for you, it's those imperfections that make them so perfect.

While preparing for this release, Sam Rochford created a video that is accompanying the release of "So Easy." The video is an artistic look into someone's heart, showing Sam with a handmade scrapbook, revealing the lyrics in time to the song. "You're always sorry for who you are, but you don't have to apologize" is just a small phrase of lyrics that makes "So Easy" incredible. With the rolling acoustic guitar, mixed with a little dobro, Sam's earthy voice blends perfectly and this love story comes to life.

Totally natural Americana, where the vocals add some emotion, and the music gives a roots flavour, pretty much ensures 'So Easy' arrives as a very engaging and delightful song. 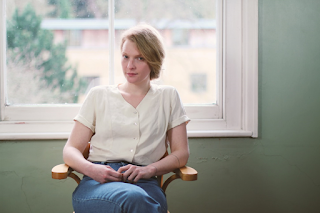 Gitta de Ridder - Till the Day That I Die.

Background - Following the release of album Feathers in late 2016, Gitta De Ridder has announced new single ‘Till The Day That I Die plus a string of UK and Europe tour dates.

Originally growing up in the Netherlands, Gitta taught herself to write and play songs on the guitar from a young age, and cites modern folk artists such as Sufjan Stevens and Anais Mitchell as her inspiration. Gitta's folk-pop songs, with beautifully poetic but also conversational lyrics, go straight to the heart and are performed on a bed of warm fingerpicked guitar.

'Till the Day That I Die is a song about allowing space within ourselves and our relationships. About allowing life to take it's course realising we are not always in control and that for every conscious decision we make we have made a hundred subconscious ones that lead the way. And that underneath it all, love, regardless of outcome, will always stay. Website here, Facebook here, tour dates on Beehive Candy's tour page.

Having featured Gitta a couple of times towards the end of 2016 it was a pleasant surprise to receive the new single & music video for 'Till the Day That I Die'. The video may be a little minimalist, however that's just fine as the music is gorgeous and worth full attention. Live dates on our tour page. 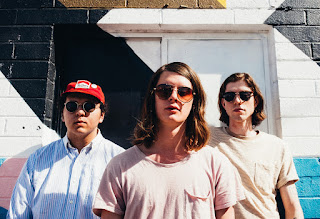 Background - The Velveteins have shared their newest track “Midnight Surf” for you. It comes off of their upcoming debut full length "Slow Wave" which will be released this May 12th.

Describing the new song the band commented "Midnight Surf” was thematically inspired by slow wave sleep - the deepest stage of sleep you can reach in the evening. The song came to us while we were discussing deep sleep and disconnecting from reality. An ode to sleeping, “Midnight Surf” has a sort of glazed feel with a lot of experimentation in the recording process".

The Velveteins will also be heading on a US/Canada tour around album release - full list of dates on Beehive Candy's tour page. Website here, Facebook here.

There is a dreamy surf rock meets indie pop feeling that for me makes 'Midnight Surf' pretty special as a starting point. On top of that the emotion in the vocals builds to a rousing point, where everything else has to stop. As a teaser for the debut album, I think this band have cracked the code. 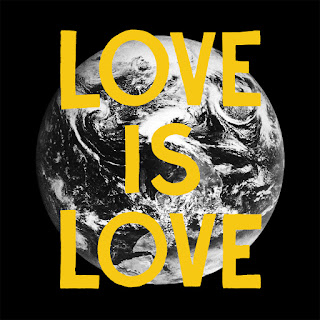 Background - "We walked down streets and crammed onto trains, our faces masks of fear. Unsure how to react, we, collectively, did not react. We grieved for a country and an ideal we never thought would die. We grieved for a loss of certainty.

We argued about what we thought would happen. We preached understanding. We advocated for anger. Some people said that we’d at least get some incredible art, other people said that was a small view of a world we were quickly realizing we’d misunderstood. Everyone was right. Everyone was wrong. Art made in precarious times matters as much as we let it matter.

But what are we looking for from the art we enjoy? Escapism? A reckoning with harsh reality? A temporary shared hallucination? Music can heal because it presents the pain of being human as universal.

Love is Love was written and recorded in the two months immediately following the election, but it’s not a record borne entirely of angry, knee-jerk reaction to what America is becoming. Instead, it’s a meditation on love, and on what life means now. Taking cues from last year’s City Sun Eater in the River of Light, it feels very much like a record made from living, shoulder to shoulder, in a major city: weaving psychedelic swirls of guitar between languid horns reminiscent of the best Ethiopian jazz—Love is Love is a distinctly New York record. It is a document of protest in uncertain times and an open-hearted rejection of cynicism in favor of emotional honesty. It is bright, and then, unexpectedly, a little dark sometimes too. Website here, Facebook here.

'Love Is Love' is both a fine song and the title track for this equally fine six song collection. As a non American, I have struggled with what on occasion appears to have been something along the lines of "at last we have something to protest about again" occasion. I may well be wrong. That said the motivation and reasoning behind this song collection really does appeal, as does the music, which is superbly produced. 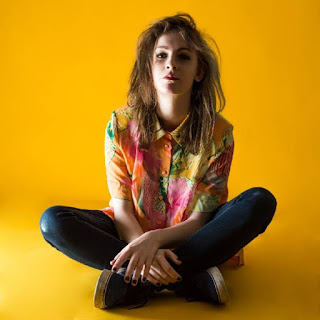 Background - Katie Laffan has never been an artist to stand still. From a debut EP of lo-fi bedroom funk pop to last year's subtle, affecting 'Trophy', the Dubliner delights in taking influence from a wealth of genres. Along the way, she and her band played a series of prestigious shows across Ireland - including Cork Jazz, Electric Picnic, K Fest, Canalaphonic, Body & Soul and Townlands Carnival, before finishing the year with two gigs at Other Voices, the acclaimed music gathering that takes place in Kerry every December.

New single 'Tastemaker' sees her take another left turn, this time into the world of disco and pop. Produced by Liam Caffery of Music for 18 Machines and mastered by John Flynn, who worked with Björk on her 2015 album Vulnicura, the song is her most polished release to date - while never losing her uncanny skill for a sharp lyric and a memorable melody.

Having been invited by Other Voices producer Aoife Woodlock to play Dublin's National Concert Hall in Dublin as part of the St Patrick's Festival Young Blood event (alongside Hare Squead, Rusangano Family, Kojey Radical and a number of Ireland's most acclaimed spoken word artists), Katie has recorded recent sessions for RTE 2FM and Today FM ahead of the 'Tastemaker' release. The track will also see her first ever video, directed by Sean Clancy and starring her 82 year old grandfather.

Katie is getting all the right attention in Ireland with national press, radio and festival appearances and is now venturing over to the UK. Facebook here.

'Tastemaker' is a massively catchy pop tune with just enough retro disco feel to make it appeal to young and not so young alike. Catchy, melodic and escapist, it's a delight to share.