Sound Of The Sirens - Coast Modern - Planets - The Company Stores 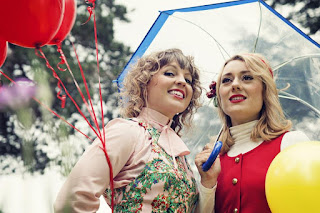 Sound Of The Sirens - Smokescreen.

Background - There’s a certain transcendent magic that happens when two contrasting voices coalesce in perfect harmony – think The Everly Brothers, Simon & Garfunkel or George Jones and Tammy Wynette. Imperceptibly, they can raise you from the temporal to the spiritual in the breath of a song, and set you floating among the firmament infused with a sense of wonder – just like Sound of the Sirens.

Exeter-based duo Abbe Martin and Hannah Wood dovetail beautifully on their debut album, For All Our Sins, a beguiling acoustic pop collection replete with lyrical sensibility on tracks like the first single, Smokescreen (“Living beyond the darkness others create for us, and growing into something positive”), The Circus (“When everyone wants something from you, who can you trust?”) and Mr Wilson (“The chemistry of a new relationship, unsure of where it is going, but knowing that you want more from it”).

Already championed by Chris Evans – who declared himself “blown away” when he heard Sound of the Sirens for the first time, and subsequently invited them to perform alongside U2 and Take That on TFI Friday last year – they’re certain to broaden a burgeoning fan base on the back of For All Our Sins.

It’s a fan base built up not just over several sublime EP releases –  but also through their live shows, which combine a natural facility for connecting with their audiences and unforgettable performances predicated on energy, warmth, humour and, above all, real conviction. This is true whether Sound of the Sirens are playing the intimate environs of Exeter Cathedral, before tens of thousands at the Isle of Wight Festival or supporting Rick Astley on his UK arena tour. Website here, Facebook here.

From the South West of England, Sound Of The Sirens have been receiving some well deserved attention and the new music video for 'Smokescreen' more or less explains why. The duo deliver high class music to accompany their dynamic and beautifully matched vocals, delivering vibrant and addictive songs such as the one we share today. 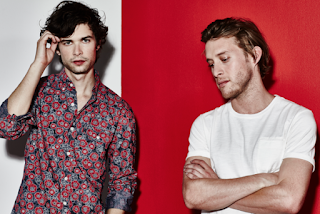 Coast Modern - Pockets Full Of No.

Background - Coast Modern debut breezy new track, "Pockets Full of No". Sometimes the only way to get ahead is to stop following the leader, and start running your own race. Coast Modern flies out of the pack with a refreshingly uninhibited sound for disenchanted dreamers everywhere. Building on an admiration for the spirit of misfit alternative bands and the fearless ethos of modern hip hop, the duo creates alternative pop with a wink that aims to push the genre into the future.

The LA duo - comprised of Coleman Trapp and Luke Atlas - today release their new song, "Pockets Full of No"- a kicked back and mellowed out track that seeks to have you looking on the lighter side of life.  Speaking of the track, the duo noted; 'Pockets' is a song about having fun with no money. When you got pockets full of no u can still have a life full of YESSSS.

The song comes from the bands debut record, which is set for release later this year via 300 Entertainment / +1 Records.  Like a trip to Disneyland; with each song like a stop in another world, Coast Modern's debut album is a rollercoaster ride through a musical spectrum that spans from introspective acoustic streams of consciousness to psychedelic jams to relaxed dancehall vibes.  Coast Modern are capable of covering a large swath of musical territory, yet a strong, self-aware voice and a sense of groove tie them all together. The band will be playing the Alt Nation Advanced Placement Tour this Spring with Missio, 888 and Sundara Karma, which kicks off this week in New Orleans, tour dates on Beehive Candy's tour page, Facebook here.

If you like your music catchy and "sing along" then 'Pockets Full Of No' is all of that and more. Coast Modern create a feast of sounds and their playful vocals morph with the music, in this case leaving me feeling all the better after my out of tune singalong! 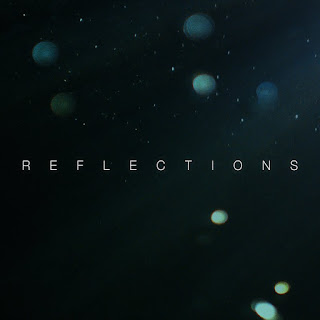 Over the course of the next few months, Morgan, Christian and Rae sent files and ideas back and forth, crafting the first single off their forthcoming Colors Alive EP, "Reflections."

The sleek, sentimental track addresses the painful reality of discovering one's personal shortcomings, and the difficulty in processing those discoveries before finding something to fill the void.

'Reflections' is absolutely gorgeous. Melodic indie pop, with vocals and music in total harmony, and hooks that go straight for your heart. 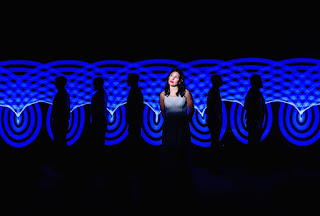 The Company Stores - Love Me Again.

The Company Stores link Appalachian folk influences with a progressive, electronic sound that isn't afraid to break boundaries and genre lines; even delving into hip-hop and funk territory.  For their newest effort, the band recorded with Grammy-winning producer Julian Dwyer at Echo Mountain Studios in Asheville, NC.

They are currently in the middle of a mini-tour through the Southeast, hitting Georgia, Maryland, West Virginia, and Tennessee. The tour culminates with their Record Release Show for Little Lights. Little Lights will be available Friday, April 7th via independent release. Website here, Facebook here.

'Love Me Again' is an atmospheric song that goes from roots type vibe into full on rock, and doesn't stop there. A band that mix up the genres (and do it so well), make the album due out this week even more of a must hear.