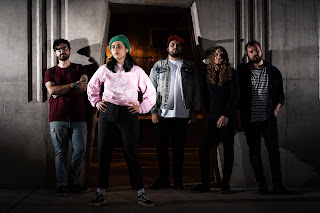 "Our first EP was a lot more external - so, it felt like the next evolutive step to explore my inner workings and coincidentally a timely post-traumatic deep-hole started forming within me. These songs are a step by step documentation of what I went through - the steps of finding peace with my past," she says.

Those steps, they're all there.
Step 1. The Denial ('Wild & Weak')
Step 2. The Disorientation ('This Everything')
Step 3. The Pattern ('Same Same')
Step 4. The Discussion '(Nothing Is Always')
Step 5. The Acceptance ('You Wouldn't Believe')

With each track the band have offered up somewhat of an artistic jigsaw piece with the single art. Those pieces combine to form the cover for the EP - a picture of a lifeline phone near the Story Bridge in Fortitude Valley. It represents and is a lifeline in every sense. It's a way out.

The vocals provide most of the melody on 'Wild & Weak' whilst the band add some vigorous and sustained energy and power, to what is a catchy piece of modern punk with a touch of charm. 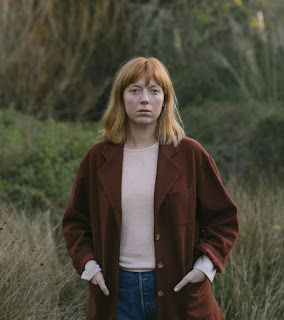 Background - Kacey Johansing shares the second track "Bow and Arrow" from her upcoming album The Hiding. “It seems great opportunities come in blessings as well as tragedies,” Johansing sings on the title track of her third album, The Hiding. After the breakup of her band Yesway, and an abrupt falling out with her closest musical collaborator, Johansing set out to record a new batch of songs that resulted from the sea change in which she had now found herself.

Instead of drawing from her regular band, Johansing pulled from a wider cast of players that she’d come to know in the community of musicians throughout California and the West Coast. The resulting sound is one based wholly and unabashedly in pop. Nods to Christine McVie and Fleetwood Mac can be heard, but Johansing brings these sounds to a modern stage, blending her ethereal vocals with effervescent synthesizer washes and reverberating open-tuned guitar.

Recorded at Panoramic House in Stinson Beach, where Kacey worked as caretaker, as well as at home in Bolinas, on a ridge above the cloud layer in Big Sur, and at a friend’s studio in Portland, the album also serves as a document of Kacey’s time spent traveling in search of the sound she was after. After finishing initial tracking, and still reeling from the heartbreak of losing her musical community, Johansing found a necessary move was in order. Landing somewhat-blindly in Los Angeles, she continued to work on the album and hold it close. The end result is The Hiding, a tone poem about loss, growth and “leaving the insular beauty of a tight-knit community,” as Johansing describes it. The release of The Hiding comes at a time when Johansing is deeply longing to emerge from her extended absence and reconnect with her desire to create and share her music.

Kacey Johansing's beautiful vocals are accompanied by some refined and skillful musicianship on 'Bow And Arrow', a dreamy, melodic and gorgeous song. 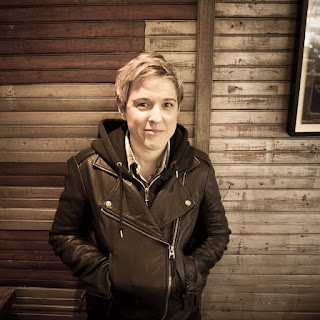 Lisa Marie Ellingsen has been playing guitar since the age of 15 years old. A lead guitar player for rock and Americana bands, Ellingsen did not begin writing her own songs until her mid-twenties. Often compared to one of her musical heroes Lucinda Williams, Ellingsen’s multiple geographic influences shine through. A native of Southern California she immersed herself into the music scenes of New Orleans and New England. Her blend of Americana draws upon rock n’roll, blues, folk, and country.

A compilation of both old and new original songs, the upcoming Lisa Marie Ellingsen album “Nola to Noho” (slated to be released in May 19, 2017) is a tribute to the circuitous route the songwriter took as a musician. Website here, Facebook here.

Musically 'Rodeo of Broken Dreams' has a strong rock'n'roll feel to it, whilst Lisa Marie Ellingsen's vocals add some Americana flavour's to this uptempo and sophisticated song. 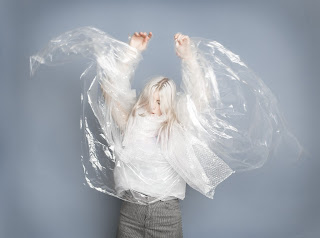 Background - Since releasing debut single ”Ghost” in December 2015 twenty year old Gothenburg native Mira Aasma has taken giant steps towards the stars. Follow up ”Stereoscope EP” got praise from The 405, Noisey, Bon Magazine and Nordic By Nature, and she did a full Swedish summer tour, including gigs with current Swedish superstar Miriam Bryant. Since then Mira’s been working in classic Gothenburg indie studio Music-A-Matic, producing what is now her forthcoming debut album for Birds Records.

We find ourselves in between the experimental, dark and dystopia, just as much as in the playful, cheerful and welcoming state of mind. Contrasts. Pounding bass meets violins and choirs. Vocal sounds taken from everyday life finds its way through samplers and gets out in completely different shapes and forms. Digital and mechanical sounds clashes with the warmth of analogue.

Mira’s been writing, producing and recording this material by herself, also playing the main share of the instruments on the album. The album was mixed and mastered in Stockholm by Robin Rudén. Facebook here.

It's a month to the day since we first featured Mira Aasma, and she has quickly followed up on her last share with 'Mirrors'. The latest song is a delicious indie pop song with electro overtones adding an extra layer of hooks, to a very polished track. 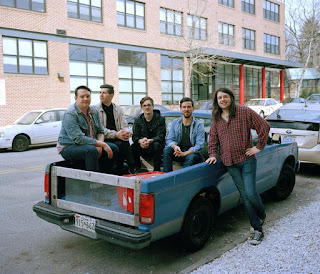 Us and Us Only - Bored of Black.

Background - On Us and Us Only's debut album, Full Flower, out July 14 (Topshelf Records), the Baltimore band deliver a rapturous collection of intricate indie rock. This week they shared the album's lead single, "Bored of Black".

Us and Us Only formed as a trio in Baltimore around 2009. After self-releasing four EPs that vary between acoustic arrangements to a warped vision of indie rock that features chopped and sampled vocals alongside more dense and distorted soundscapes, the band has settled into a groove that manages to distill all of those sounds into their first LP entitled Full Flower.

Full Flower is an exercise in letting the light in - the result of a band exploring sonic space throughout its thirteen tracks, weaving smaller, more production intensive vignettes into the larger fabric of Us and Us Only’s trademark see-sawing dynamics. In allowing its home in bedroom ambiance to work in harmony with high fidelity studio prowess, Full Flower is a rock album viewed through the morning haze of half-open eyes. Bandcamp here, Facebook here.

'Bored of Black' is an indie rock song that gently begins and allows the music to expand and refrain along the way, as if the band are teasing out the song. Smooth vocals and some thoughtful musicianship ensures the July album release is clearly on our radar. 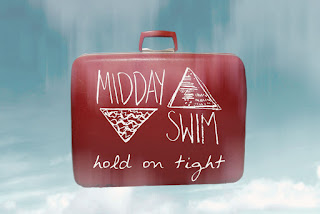 Background from Midday Swim - We’ve just released a video for “Hold On Tight”  - the heart of our upcoming EP Climbing Out of Caves.

The surrealist-fantasy feel of the video came from the director, Pedja Milosavlijevic, and our mutual admiration of films like "The Secret Life of Walter Mitty", "Pulp Fiction", and "The Grand Budapest Hotel", as well as the general work of directors such as David Lynch, Wes Anderson, Emir Kusturica and some classic Spielberg.

When writing this song we made an effort to capture the spirit of childhood - a time when one’s imagination can run wild. Through a child’s eyes the world looks like magic and the song suggests that even now we should try to recapture that sense of youthful wonderment. There is a spirit of perseverance both in the instrumentation and the lyrics that we also wanted to reflect in the music video. Website here, Facebook here.

Midday Swim gradually allow 'Hold On Tight' to unfold with some smooth indie rock music and vocals. As promised the video and song work together and do so very well. Melodic and full of hooks this is a fine track in it's own right, add in the video, and it's a winner. 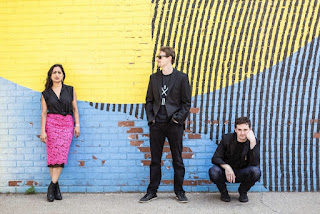 Everything Turned To Color - Invisibility.

Background - Everything Turned to Color share their third single, "Invisibility," from their forthcoming, debut album, Life Imagined, due out June 23rd 2017.

Everything Turned To Color includes brothers Bryan and Kyle Weber, two ex-alt-rock bandmates who co-own DIY tour booking website IndieOnTheMove.com (which services nearly 100K members) and their classically trained neighbor, Neha Jiwrajka, who left a tech job at Google to pursue a Masters in Jazz and vocal performance (her mother is a classically trained Hindustani singer). Starting March 25th, the trio will hit the road for a 24-date tour through NY, CA, PA, VT, MA, ME, CT and NJ.

Inspired largely in part by Bryan and Kyle's foray into parenthood, Life Imagined plays heavily on the bittersweet dualities of life and the big questions we all must ask. While much of the music exudes a whimsical lightheartedness in mood and melody, the lyrics dive deep into the fragility and innocence of childhood, the significance of enduring friendship, and the inevitable moments of love and loss that haunt us all. Website here, Facebook here.

'Invisibility' is an elegant and cultivated modern folk orientated song, where graceful vocals are accompanied by some delicate and exquisite music and subtle harmonies.