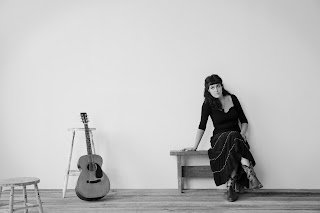 Observant, outspoken, and at the top of her craft, the new album is a luminous body of work; one that shines a light on the wind-whipped highway of Scouten’s life as a gifted songwriter, scholar of roots music history, and travelling musician. With flavours of Lucinda Williams, Nanci Griffiths, Old Crow Medicine Show and a wealth of old-time and bluegrass music, Sarah Jane’s songs are faithful to a long-standing folk music tradition, but often spill over into modern themes that are outspoken and edgy, from homelessness to midwifery to tongue-in-cheek heartache songs and unabashed Canadiana.

First single taken from the album Every Song I Sing (released in 2016) exposes the classic country soul of Sarah Jane, equally deeply personal and written for the listener, an anthem for when you’re sad, every sad song becomes about you. New single Bang Bang scales up the beat combining the retro feel of country-folk with bluesy rockabilly; bombastic, irreverent and smutty behind a thin veneer, Bang Bang may not make sense, but it plays in the lyrical freedom that comes with the blues. Website here, Facebook here.

Whatever genre or style Sarah Jane Scouten chooses to write and perform in, she does it with real class. 'Bang Bang' is a feisty rockabilly blast, it's one of a dozen high calibre song that range from folk to country and more, sometimes with timeless character, other times with a more modern slant. 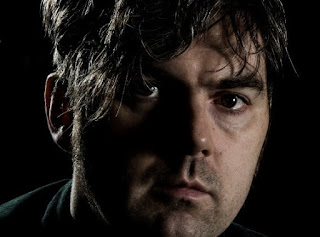 Rory Lavelle - All These Horrors.

Background - Belfast based alt-rock singer/songwriter Rory Lavelle boasts a vocal so rich in soulful storytelling that is impossible not to be moved. With his debut album Waves scheduled for release in June, his distinctive breed of brooding, melancholic but uplifting acoustic alt-rock showcases his diverse musical influences, which include Bill Withers, David Kitt, Nick Drake and Radiohead.

From opening for Ian Brown to a packed Ulster Hall to spending long cold winter nights sleeping on the floor of a Ford Transit van at this stage Rory has done most of it if not it all. The level of prestige may peak and dip but the passion remains. “I suppose it’s just a hobby more than a job for you these days?” a fan and friend once asked. It’s neither. It simply is.

Growing up in a small border town in Ireland there was little to do but nurture an already burgeoning obsession with 60’s pop-rock. A hum and a foot-tap led to a voice and a guitar which in turn led to Rory Lavelle’s first forays into what would become a life-long career in music. Having experienced previous successes with his bands Indigo Fury and Sparks Fly Rory is soon to release his first solo long-player “Waves”. Heading up the release riotous charge of All These Horrors. With a haunting chorus that will make you want to shamelessly shake your hips in time, Rory says of the single,

A DIY artist to the core, Rory is channeling all his experiences and influences to date to craft something truly unique and mesmerizing. Website here, Facebook here.

The first of ten songs on the forthcoming 'Waves' album is 'All These Horrors'. The featured track veers toward the indie rock genre whilst the album as a whole mixes understated folk rock with more passionate and expansive pieces. Overall it's a distinctive collection of songs that work well together whilst ensuring plenty of variety throughout. 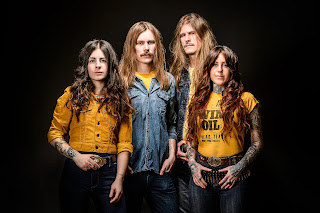 Background - Honeymoon Disease are back with their new single and seven inch vinyl 'Electric Eel'. The Swedish boogie-woogie rock bands new single got all the hooks, catchiness and melodies to make an instant rock n roll classic. Electric Eel is the first new original song to be released from the band since their debut album 'The Trancendence' was released in 2015. Since then endless tours have turned the band into one of Swedens hardest working rock n roll machines. The video for Electric Eel is produced by Max Ljungberg. The band is touring Spain starting 4th of April.

"Electric Eel is about when your heart is overloading and pushes you to the limit. So settle for the shock and get ready for the take off!" - Jenna

Electric Eel gives a first glimp of what the future holds for Honeymoon Disease. The band will be entering the studio this summer together with Ola Ersfjord (Tribulation, Dead Lord, Night) to record their new album to be released in the fall of 2017 on The Sign Records. The band debut album 'The Transcendence' was released in 2015 on Napalm Records and was co-produced by Nicke Andersson (the Hellacopters, Imperal State Electric and Death Breath). The seven inch vinyl is limited to 700 copies and is available through Freight Train in bundles with patches and t-shirts. Get the record here, website here, Facebook here.

We featured Honeymoon Disease just over a month ago, and the brand new single 'Electric Eel' deserves a share. Once again the band demonstrate that they can turn up the power with some unashamed full on rock'n'roll. 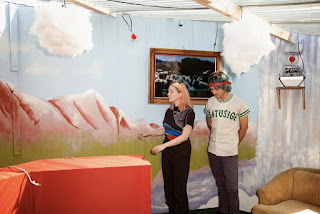 Background - LA-based experimental pop duo, HOTT MT, have shared their video for "Traceforming". The song is from their forthcoming new album 'AU' (Alternate Universe,) out today Thursday, May 4th via their own label, Mutation Records.

The video was shot at their own warehouse space in Los Angeles, Non Plus Ultra, which was recently shut down. The duo says of their recent loss, "All of us at Non Plus Ultra have been together for years. Our ideals brought us together, and we built a space and a business on them. Non Plus Ultra showed us that we aren't alone in our desires. There are so many people in this town who share our values. We've made and lost spaces before, but this time we've got an incredible support system."

LA Weekly just named HOTT MT #25 on their list for "The 30 Best LA Rock Bands from the Past Decade, " and said, "They're the most ambitious psych-rock band in L.A., who stalked Flaming Lip's Wayne Coyne into a collaboration in 2012, and quietly dropped a track last year they produced for Kesha, without permission from Dr. Luke. They referred to the leak as "musical terrorism," a bold statement by the landlords of L.A.'s most interesting art space, Non Plus Ultra." Website here, Facebook here.

Our second feature for HOTT MT and again we have a rich synthy song, this time entitled 'Tranceforming'. The vocals are dreamy and melodic and the atmosphere builds as layers of music unfold.