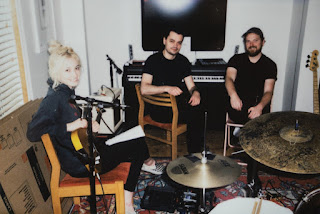 Men I Trust - You Deserve This.

Background from the band - We recorded You Deserve This last summer. We weren’t supposed to do any music that afternoon, we were really chilled out and in a great mood. We were playing with some rhythms and started having fun with detuned and off-phase synths.

We recorded the guitars and the final vocals last month following our initial idea: it’s all about relaxing, wishing good to oneself and others and the nostalgic joy of feeling part of the universe.

Founded in 2014, Men I Trust, is an indie-dance band from Montreal (Canada) who produces its own music videos. “We love smooth sounds, calm melodies and simple rhythms that relax, but make your right foot tap and your chin bounce on the beats. We are all in DYI: we record, mix, master and shoot our music videos ourselves, and we’re loving it!” tumblr here, Facebook here.

Ambient vibes, soothing vocals, and a fine melodic feel ensures 'You Deserve This' is a song that registers. Adding in the gentle and understated musical arrangement, really does complete the circle with this delicious track. 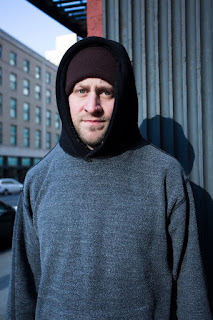 Background - “Dementophøbia” is the June instalment of NØMADS’ ongoing, year-long conceptual album Phøbiac, with each song being a case study based around a different rare or clinical phobia. Dementophobia is the fear of losing one's mind, and its accompanying single is a blistering, fuzzed-out, post-punk explosion that captures the nature of NØMADS as a dynamic post-punk duo. Phøbiac is the follow-up to NØMADS’ critically-acclaimed 2014 full-length, Free My Animal.

The more you question if there are voices in your head, the more the question itself becomes a voice. In a time when so many things about our daily world seem insane, Dementophobia is a phobia that is likely more common than it is diagnosed. On the track, frontman Nathan Lithgow sings the paranoid refrain "Find a faster, louder way to give. Something wrong is always happening; just a prayer for a partial lobotomy. Excuse me I'm all out of me.”

The duo is the brainchild of Nathan Lithgow (My Brightest Diamond) who handles bass and vocal duties, and Garth Macaleavey (the technical director at National Sawdust) on drums. True to form with all of NØMADS’ output, the duo relies heavily on Lithgow's melodic, yet razor-sharp distorted bass, paired with Macaleavey’s powerful drumming. Together, the band conjure up the sonic power of early Battles' work, as well as the gritty, razor sharp execution of 90's post-rock bands like Death From Above, Trans Am or Tortoise.

We featured 'Achluphobia' back at the beginning of February describing that song as "a powerful full on rocker, where the vocals pour out every last gasp of breath and the guitars and drums take a pounding. Raw and solid, it's also highly addictive." As we dip back into the year long 'Phøbiac' album with the latest track 'Dementophøbia' we are treated to another blast of energised post punk music, and again there is something about the overall sound that is compelling and demanding to be played again. 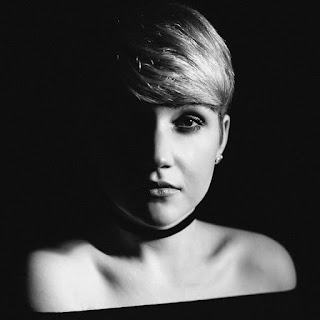 Anja Kotar - How To Be Cool.

Background - 20-year-old Electro Pop artist, Anja Kotar, has released the first single off her debut album, “How to Be Cool”. The song has been dubbed a “summer jam”.

This single is more than just a catchy tune though; it’s been described as a “musically intricate” track that "pushes all boundaries on what a pop song should sound like"; with a "catchy hook which will inspire you to break out every dance move you know".

Anja Kotar had her first taste of the arts while studying piano, dance and acting in the blockbuster movie Gremo mi po svoje and its sequel while in Ljubljana, Slovenia. After moving to San Jose, California in 2012, Anja continued her studies at the Valley Christian Conservatory. It was then that she became heavily involved with theater and jazz. Anja used her time at VC Conservatory to perform in multiple shows and even start writing and directing full length productions such as; “Godspell.” Anja also earned a Voice Certificate from Berklee College of Music after taking online courses while she was in high school. Upon graduation Anja attended the prestigious Broadway Artist Alliance in New York City. At 17 she then completed her widely successful Kickstarter project, which had 156 supports who pledged anywhere from $5 to $1000 in return for background footage, memorabilia and lastly, NOMAD itself.

After the release of her EP Anja was invited to perform at the Slovenian Song Festival (DSZG) the longest running festival in the country that features the country’s top talent and is the most viewed show in the country. After performing her original "Cas je zdaj" (The Time Is Now) and "Too Cool” live, Anja was nominated by RTV for Best Performance, Best Song, and Best New Artist, walking away with 2016’s Best New Artist. She then was nominated for Best Pop Song at the 2016 American Songwriting Awards.

Currently Anja is working to complete her Bachelor’s degree from Berklee College of Music nearly two years early on top of working with three–time Grammy nominated producer Pascal Guyon on releasing her full length debut album along with an online store that will connect music and fashion. Website here, Facebook here.

It's about time we freshened Beehive Candy up with some funky, modern electro pop, the sort that blows those old cobwebs away. 'How To Be Cool' does all of that, it's fun, young and vibrantly, just right for summer.