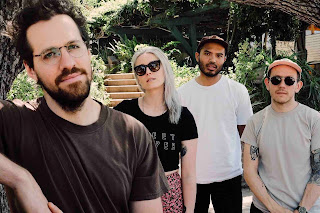 Background - Aagoo Records has announced two releases to be issued simultaneously on September 8. The first is ‘Human Giving’, a full length album from Seattle-based four-piece Darto. The second is the 'Follow Up / Hush' 7” featuring Darto and WAND, who wrote and performed these tracks together. The first LP is preceded by the single 'I Am'.

The album's mood is immediately clear from the first note of 'GDLS', enveloping the space around the listener. By the time 'I Am' enters, the sound and feeling transitions from lush and inviting, to focused and intentional with the keyboards and strings propelling the movement. The lyrics and accompanying melodies float along seamlessly like being lulled into a dream.

“Despite all of its catchy qualities, ‘Human Giving’ is a difficult album to pin down. The lyrical phrasing, and melodies have been stuck in my head for months,” says Alec Dartley of Aagoo Records. “It takes me to a place filled with light, despite the psych realms the band takes us”.

As the record progresses, splashes of Americana seem to emerge, painting subtle pictures of the American West, or a vast expanse that we would associate it with. It’s a momentary visit to those places as Darto keeps moving, exploring new worlds. The album closes in a cinematic soft way, where the constant is an emotional hook that dives into the human condition. This is an open story, suggestive but with room for the listener to fill in the blanks.

“We didn’t play shows or hardly go to shows for a year and a half so we could write and record the album,” says Darto’s Gordon De Los Santos. “The album comes from the places within us where hope and love exist. Where the focus is not on the self, and where everything is possible. Humans giving themselves to other humans. The power of listening on all fronts. The desired effect is and was to bring hope in some capacity.” Website here, Facebook here, Aagoo Records here.

'I Am' is at best just a small glimpse of the whole when it comes to the intriguing, splendid and highly addictive 'Human Giving' album. Darto have created something quite special, yes there is a core band sound however quite what the following track is going to bring is hard to envisage first time around, and a couple of listens later, it still feels like a voyage of discovery. 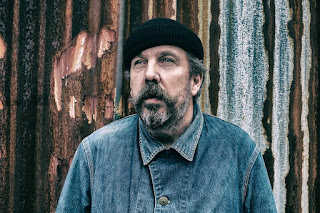 Background - The aural collusions of Weatherall, Walsh and an old accomplice and sparring partner in Legrand (11/11/65 - 22/11/11), "Qualia" is a quandary, a question mark and maybe, just maybe, his finest release in years. It's also a record best defined in the words of Mr Weatherall himself:

It's all about the black notebooks as memorial device and "The Black Notebook" and "This Is Memorial Device". At the same time as reading Mr Modiano and Mr Keenan I was ensconced in the Woodleigh Research Facility investigating a method of composition sparked by a random event too prosaic for the telling; unless of course we go back to "The Red Book" and see the hand of Jah [the D.M.T molecule that steers human existence] at work.

After all it was him/her/non-binary that sent me the "shave your beard off" message. And the "don't buy any more drugs" one. Whatever your leanings the music on "Qualia" is the result of images, feelings and thought processes stirred up by Monsieur Modiano and Mister Keenan channeled through the medium of a sonic noteboook - in itself the memoir of somebody else's life/fiction.

My own black notebooks, like Jean's [Modiano's protagonist] stir the silt of memory and birth as many mysteries as memories. They also provided the track titles." - Andrew Weatherall. The Woodleigh Research Facility, July 2017. Facebook here.

The first taste of Andrew Weatherall's 'Qualia' album is 'Evidence The Enemy', a fabulous electronic piece, where the ideas quickly become musical hooks. On the strength of this one song, the album is an absolute must. 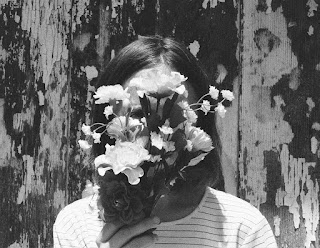 Background - Document is a new series from Saddle Creek which aims to highlight artists and music scenes from around the world that the SC crew has fallen in love with, but aren’t necessarily already part of the Saddle Creek family. The third release in the series is the yr heart 7-inch from Los Angeles’ Hand Habits.

Meg Duffy, aka Hand Habits, is a singer, songwriter and guitarist originally from upstate New York.

She has been putting her time in on the road and in the studio over the past two years with pacific northwest band Mega Bog, and the Kevin Morby Band, making an impression on everyone she comes across with her natural charisma and uncharted talent as a multi-instrumentalist. Pre order here, Facebook here.

It's our forth feature for Hand Habits this time with 'yr heart'. To bring you up to speed previously we have described her music with these expressions "gorgeous & dreamy pop music" plus "sensitive calm feelings" & "Meg Duffy's enchanting vocals," so whats it to be this time? Beautiful and wonderful would be a fine starting place....