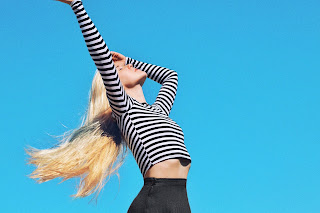 Background - "When I was 9, I used to sit in my closet in the pitch black with headphones on, listening to these meditational CDs. The music was really moody, with lots of production. I would get lost imagining all the different sounds, all the counter melodies, recalls the LA-based artist. I always loved production.

While in school, Kerrigan kept up a grueling schedule of nine to 10 hours a day of songwriting while earning her degree in in audio engineering and production at Los Angeles Recording School. She was enrolled in the two-year production program. Initially, her decision to pursue production was so that she could make better demo versions of her songs, but the art of production would become integral to her musicality. A producers job is to decorate time and space, she says.

Immersed in the craft of production, and the art of songwriting, Kerrigan began to discover and refine her aesthetic. She became inspired by the lush textural instrumentation and clever arrangements of new wave and post punk artists such as The Smiths, The Cure, Wire, Siouxsie and the Banshees, and Tears For Fears. These artists became signposts, and would also help her reference her distinct production treatment.

We have some beautiful new material from Kelsey Kerrigan who we featured for the first time just over three weeks ago. 'Good Times' is another melodic and catchy track, where production & the musical arrangement are top quality and the vocals exquisitely matched in what is a superb indie pop song. 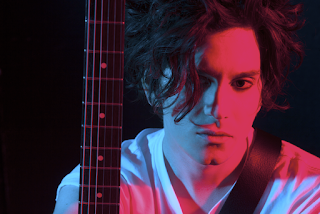 Background - Canadian/British electro-rock outfit Radio Wolf have shared their highly anticipated debut single, "Song on the Radio." With an ethos somewhere between that of a John Hughes or David Lynch soundtrack, "Song on the Radio" feels as if it could be the end of the most recent episode of Twin Peaks.  Featuring Marika Gauci on vocals, the track is a pulsating anthem that harkens back to the simpler times when radio was the be-all end-all of music consumption.

The roots of Radio Wolf started in Blair's original experimental electronic rock outfit, Kindle, where he transformed his music into a visual experience complete with cyberpunk burlesque dancers.  After building a name for himself, and performing at the legendary Notting Hill Arts Club, electro-pop band Client quickly signed him to their independent record label, Loser Friendly. His all- instrumental first album was then released, simply titled Kindle. Ever-restless to build upon his own sound and evolve as an artist, Oliver conceived his latest project: Radio Wolf.

For some reason the opening chords reminded me of The Psychedelic Furs, after which all likeness simply vanished. 'Song On The Radio' is a fabulous electro rock song, the music is absolutely splendid and the vocals provide distinction and emotion. 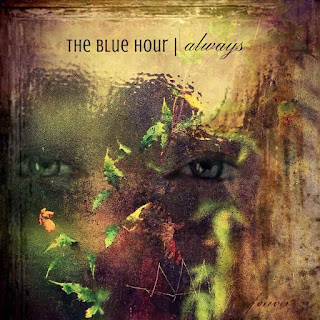 The Blue Hour - One More Mystery (plus The Cure cover for Kyoto Song).

Background - The Blue Hour presents their new single 'One More Mystery' ahead of the release of their new album 'Always'. This 11-track offering is replete with swoons whirling the listener into the ether, wisped along with sonic elements cherished by fans of Kate Bush, This Mortal Coil, Marissa Nadler, Dead Can Dance, and Chelsea Wolfe. This new release comes on the trail of their 'Kyoto Songs' single, featuring a beautiful rendition of The Cure classic 'Kyoto Song'.

Living near Seattle, Brian and Marselle Hodges have been inspired by their life amongst the moss and mud and the ferns and forests of the Pacific Northwest, their raw mix channeling the purely natural and the esoteric via The Blue Hour.

Blending traditional folk melodies with dream pop, ethereal wave and synthpop, the result is ethereal folk-noir that is unique to them, charged with haunting ambience and some classical structures. This potent cocktail creates an otherworldly and hypnotic effect, focusing on texture and rhythm and beautiful discord ... and most of all magic.

Co-written and performed by Brian and Marseille, the two also share vocal duties on the 'Always' album. Maria Grig also contributes strings on three tracks: 'One More Mystery', 'Block the Sound' and 'Lost Landmarks'. Written and recorded between December 2016 and June 2017 at the Piksie Nest and Rabbit Hole, this album was mastered by Wade Alin at Standard Mastering.

While not making music Brian Hodges works as a lawyer, researcher, and non-fiction writer. His fiction has been published by New Lit Salon Press, the Bearded Scribe Press, and Liquid Imagination, with his work having received acclaim in niche literary circles. The Blue Hour will be released on October 27, but is already available for pre-order via the band's own Bandcamp here. Website here, Facebook here.

As both 'One More Mystery' and 'Kyoto Song' are mentioned in the above promo piece I thought it would make sense to feature both. Doing so helps to demonstrate the musical expanse The Blue Hour can & do travel through, the beautifully tender One More Mystery contrasts so well with the potent cover version of Kyoto Song. As for the rest of the album, the watch word for each track is unique, and if you wan't a second one then, imaginative springs quickly to mind. 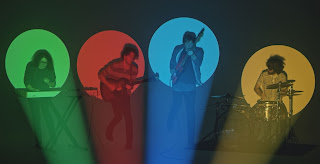 Gestures & Sounds - To: Rivers, From: Chomp.

Background - LA-based folk-pop outfit and filmmakers, Gestures and Sounds are proud to release their next music video for single, "To: Rivers, From: Chomp".  Playing out like an indie-Tim Burton film, Gestures & Sounds create an innovative and mesmerizing world where our protagonist goes on a perilous journey to find his way back home.

Utilizing their filmmaking skills to complement their energetic, rollicking sound, Gestures & Sounds creates a unique blend of art for all the senses.  Silly and self-aware, the band's debut album Bill Nye Thinks We're a Band takes its inspiration from a speech they saw the famed scientist give on a college campus.  Almost highlighting their future goals, Gestures & Sounds hopes to one day be big enough to attract the attention of their childhood hero.

We featured 'Ass Over Tea Kettle' back at the beginning of July describing that song as "a feisty slice of modern folk pop" Now we have the new song 'To: Rivers, From: Chomp'a vibrant piece where folk pop might easily be replaced with folk rock as the base genre.