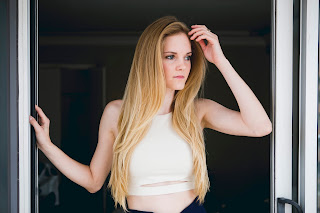 Lio Nicol - They Sent You Back Down.

Background - Firstly a quote about the Video “‘They Sent You Back Down’ is a reflection on what it’s like to have a soul mate, someone that knows you so well it seems too good to be true- someone you can do anything and everything with. Almost like they’re an angel sent back down to be in your life.”

Secondly a reminder about Lio Nicol, the words may seen familiar for some of you. With honest yet quirky lyrics, she has found a way to reflect her sense of humour while maintaining her grace, setting her apart from other singer-songwriters.

After a few semesters of studying biology at the University of Montana, Nicol left her hometown of Missoula and relocated to California in 2010 to pursue a career in music. A talented pianist and guitarist, Lio Nicol has found her greatest passion lies within songwriting. Inspired by the legendary Diane Warren, Nicol’s songwriting is a reflection of her thoughts, heartbreak, and love. Her powerhouse vocals and catchy indie-pop melodies have led to her being described as an early Mariah Carey meets Florence and The Machine.

Lio Nicol has toured and recorded with some of the industry’s top musicians as well as Grammy award-winning producers. She has performed all over North America in a variety of concerts including the Dragon Boat Festival, Durango Expo, House of Blues San Diego, The Mint in Los Angeles and many others. Music fans have recognised her 4-octave range and impressive stage presence and continue to come back to her shows again and again. Website here, Facebook here.

We featured the EP including 'They Sent You Back Down' back in January however the music video is new and well worth a share, and a reminder of just how good Lio Nicol's versatile indie pop music is. 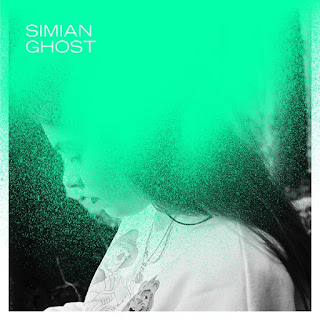 Background - Simian Ghost forthcoming album S/T (Heist or Hit Records) is scheduled for release on 29 September 2017. Simian Ghoststarted out as a recording project by Swedish songwriter Sebastian Arnström and after two well received solo releases became a fully-fledged band a few years back – picking up extensive international press and acclaim from the likes of Pitchfork, The Guardian (who called Youth a “contender for album of the year”) and, most impressively of all, a lead review in The Times which saw a certain Bruce Springsteen designated a small column that week instead.

The band have since released an ambitious 18 track record in The Veil, and remained close, a family even - Sebastian and bandmate Erik Klinga being exactly that, brothers - patiently honing themselves away to work on their sound, and recently adding a fourth member in bassist Wilhem Magnusson. In 2017 they arrive having done what any band in their right mind might do to combat the uncertainty of our modern world, they’ve retained both hope, optimism and their all-encompassing knack for melody - and they’ve written a pop record.

“Last Night”, “When You’re Ready” and “Fun” are just three of the singles from their self-titled record and are as infectious as the Simian Ghost sound gets, mixing the cerebral pop that Scandinavians do better than anyone with a self-aware disco influence that continues their knack for subtle genre-hopping. Co-produced by Thomas Hedlund of Phoenix, the French band’s sound is an integral part of the album – both stylish and immediate, the album is another statement of intent from Arnstrom, and further proof of the band’s versatility in their songwriting.

Having made all their previous recordings at home with minimal equipment and resources, this album will be the first to contain some studio-recorded material and you can feel that leap up in production: “We’re just a bunch of guys doing stuff at home really”, the band states, ”so in many ways this feels like our debut album all over again. And this time we’re ready.” Website here, Facebook here.

Bright & breezy pop with an additional disco twist ensures 'Last Night' has plenty of hooks and gets noticed. It's unpretentious, vibrant and uplifting. 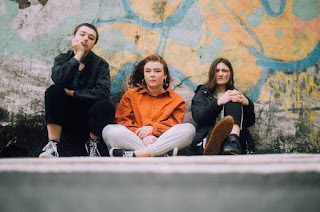 Background - Fast rising Carmarthen based female trio Adwaith unveil their brilliant new double A-side single 'Lipstick Coch' and 'FEMME' this summer.  Vividly depicting their knack for melody and sound and their ability to create a direct emotional connection with the listener. Adwaith’s brand new double A-side single heralds a beginning of a new sound for the band. Whereas previously the band painted sounds with a palette of muted sombre colours Lipstick Coch and  FEMME explode with bright confident neon.

'Lipstick Coch (Red Lipstick)' is a fully charged post punk anthem in the vain of The Slits at their most immediate,  an anthem celebrating youth, androgyny and love. The flipside 'FEMME' on the other hand could quite easily have been a long lost single on Postcard Records or Cherry Red Records from the mid-80s. With its jangly C86 indie pop sound as a canvas to the witty, heartfelt lyrics Adwaith discuss femininity and the sexism experienced by them as young women. This is an inspirational song from an inspirational band willing to stand up for their beliefs.

These songs are brave, creative moves both musically and lyrically for the band, yet they retain the distinctive melodic gift that is so recognisable in all Adwaith’s songs. A gift that has gained the band fast critical acclaim and extensive radio plays, most noticeably on BBC Radio 1, BBC Radio Wales, BBC Radio 6, BBC Radio Cymru and Amazing Radio.

Adwaith were introduced on the BBC Introducing stage at Latitude festival as the most exciting band from Wales in decades and will finish the summer on the Gorwelion /Horizons stage at Festival No 6. In the middle of all this activity, Adwaith have managed to record their debut album, and their label Libertino believe its 'creatively ground breaking and will stand as one of the important albums from Wales alongside the works of Gorky Zygotic Mynci, Super Furry Animals and Gwenno.' Facebook here.

As these are two quite contrasting songs I thought it worthwhile featuring both 'Lipstick Coch' and 'FEMME'. Adwaith switch from post punk too melodic indie pop with ease, they can and also do so, in terms of energy or melody. 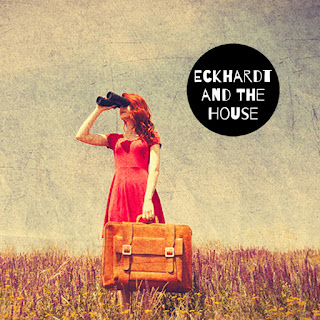 Eckhardt And The House - Don't Look Back.

Background - Every new single by Amsterdam based Eckhardt And The House is always a feast for the ears, and Don't Look Back is no different. The addition of bass clarinet and french horns turn this track into a melancholic but positive message which will leave no one untouched.

Eckhardt And The House is the project by producer, singer, multi-instrumentalist, dramatist and actor Rik Elstgeest. Rik is known from his previous bands Kopna Kopna and Alamo Race Track, as well as being composer and producer for Zazi. Together with Gerry Arling (of Arling & Cameron fame) and Bo Koek he is the core of Dutch electropop surprise Mass Electric.

Previous singles were played for months on Dutch national and regional radio, but also abroad on national radio stations in Belgium, Luxembourg and Switzerland. Enthusiastic responses from music blogs came in from countries diverse as Germany, UK, Italy, Japan, Australia and the United States. On Spotify, his singles were streamed over 800.000 times in a total number of 62 countries.

We're counting down and looking forward to the long-awaited debut album by Eckhardt And The House which will be released in september! Don't Look Back is released on 4 august 2017 on BERT music, a division of TCBYML. Facebook here. 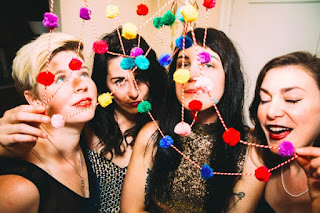 Background - Based out of Chicago, Illinois, singer and song crafter Emily Beanblossom took on the name Ruby Fray in 2011 as a moniker for her solo work apart from her other collaborative endeavors. Beanblossom was active in the Olympia scene in bands like Georgy, Legs the Crab, Karczol, and others, but was best known as the frontwoman for the raucous noise rock band Christmas.

Following extensive U.S. tours with Christmas, the singer retreated for a time to her family farm and began work on the darker, more organic sounds that would become Ruby Fray. Between gigs with Christmas and her fledgling business as a soap maker, she began performing stripped-down solo shows with these new songs.

In 2012, Beanblossom relocated from Olympia to Austin, Texas, where she began performing Ruby Fray shows more frequently. In the spring of 2012, Ruby Fray’s debut LP, Pith, was released on K Records. Pith found Beanblossom’s goth-charged indie songs augmented by a cast of players from the K Records and Olympia community, including members of LAKE, Angelo Spencer, Calvin Johnson, and Jake Jones, her bandmate from Christmas.

After moving to Austin, Beanblossom recorded her second Ruby Fray album with members of These Are Words, Ghetto Ghouls, Legs the Crab, Hotegia, and Clayface. Inspired by the wildlife of her new hometown, Grackle arrived in September 2014 on K Records.

This summer she will relocate to Chicago, and will begin working on the album inspired by her time in Texas, and embark on her 2017 Western Tour with a small army of all-female musicians (details on Beehive Candy's tour news page.

'Honor' mixes an uncomplicated and stripped back rock soundtrack with some fabulous and imaginative vocals, which add both excitement and melody to the song.